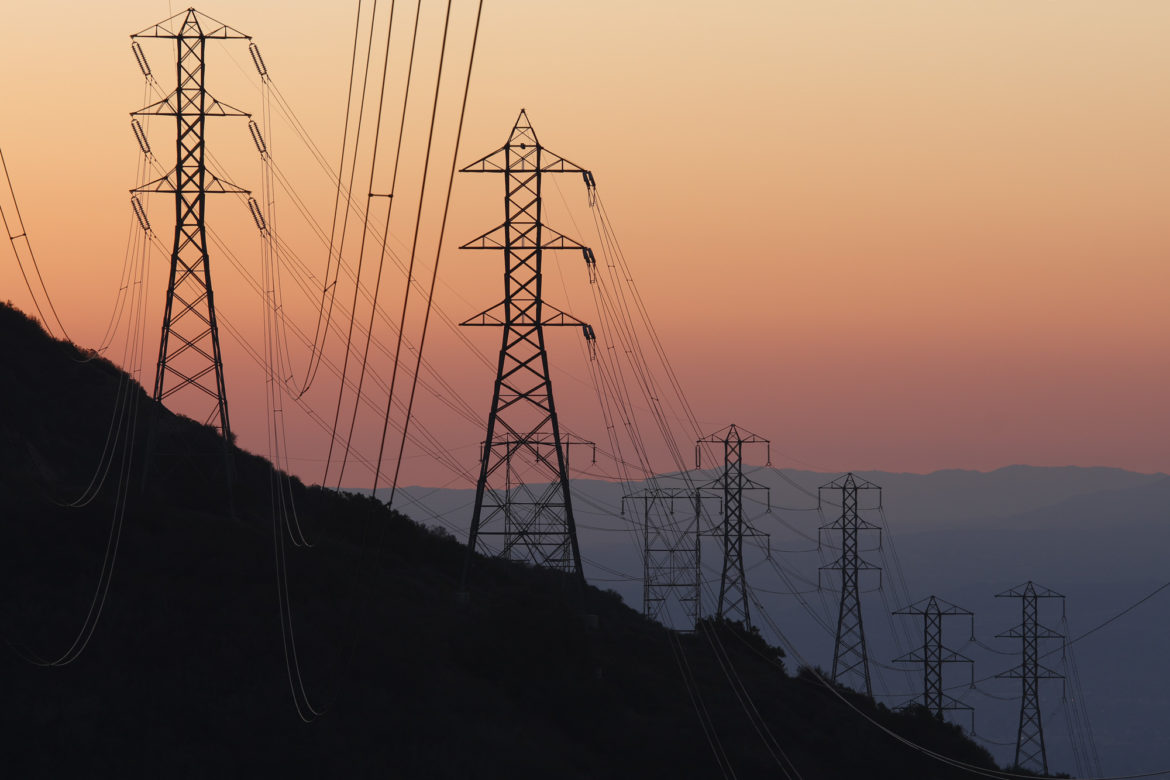 Why is the state suffering its first energy emergency in almost 20 years? Well, where do we start?

Since Friday, rolling blackouts — the first non-wildfire ones in 19 years — have sporadically struck parts of California, particularly the Bay Area.

The state’s power grid managers initially warned on Monday that more than three million people would have to suffer the rolling blackouts that lasted an hour or two. But that warning was rescinded that same night, when the temperatures dipped a bit and residents conserved energy, reducing demand.

Two major factors explain why California is having its first energy emergency in two decades: record-breaking heat throughout the West and fewer available resources because of permanent shutdown of fossil-fuel power plants.

Why is this happening?

To begin with, a prolonged, record-breaking heatwave is gripping the West, so California is not the only state broiling under what Gov. Gavin Newsom called a “heat dome.” The state’s grid operator declared an emergency and ordered rotating outages around the state.

With our neighbors cranking their collective air conditioners, too, rather than selling or exporting electricity as usual, Arizona and Nevada are keeping it for themselves. The reserve pool that states’ draw from was dry.

Since California is heavily reliant on imported power — about a third comes from out of state — this puts the grid at a deficit.

Hydroelectric power coming south from the Pacific Northwest is running at full bore. State officials said Tuesday that the transmission interconnects from the north are at capacity.

But don’t the power managers plan ahead for this?

They do anticipate seasonal shifts in demand throughout the year. Through complex forecasting, the Public Utilities Commission orders the state’s large power companies to have enough power on hand to meet demand.

But, clearly, that did not happen. Newsom criticized what he termed a broad-based planning failure. In a letter to the Public Utilities Commission, the state Energy Commission and the Independent System Operator, which manages most of California’s power supply, Newsom cast a broad net of blame. “Collectively, energy regulators failed to anticipate this event and to take necessary actions to ensure reliable power to Californians. This cannot stand,” he wrote.

Officials in various agencies around the state are both scrambling to find more available power and working to better understand exactly what caused the shortage in the first place. In both instances, a difficult task.

The utilities commission made a more fundamental miscalculation long ago, said V. John White, executive director of the Center for Energy Efficiency and Renewable Technologies, a Sacramento-based think tank.

In fact, the opposite has occurred, he said. The cost of renewable energy has plummeted. And, as more and more homes, businesses and the state’s entire transportation sector become electrified, the demand for power is rising.

California is caught in an awkward moment as it transitions away from fossil fuels.

Because of the state’s clean-energy goals, coal-fired power plants are long gone (there is one, the tribal-owned Argus Cogeneration Plant, that provides power to a mineral processing facility) and natural gas power stations are being shuttered.

Industry advocates refer to natural gas as a “bridge fuel,” a necessary and seamless adjunct to support clean power until a time when technology, the market, and public policy align.

A well-functioning electricity grid needs reliable partners, power sources that can deliver on time with the amount required.

There are a couple dozen small, quick-ramping natural gas facilities around the state, known as “peaker plants,” that sit idle until called upon to turn on and pump power to the grid. These usually dependable plants are grid managers’ go-to Plan B.

But, in addition to the air-quality issues and greenhouse gases released by these facilities, there is another point, that made itself clear last Friday when harried utilities called for peaker power: At least one gas-fired power plant failed to come on line when asked, proving that in the world of power, everything has its failings.

Grid reliability has been the focus of lawmakers’ attention in Sacramento, including orders to utility companies to modernize their equipment and considering legislation envisioning a more fully connected west-wide power system. As the state prepares to wean its power grid off fossil fuels, the all-electric future will lean heavily on the grid and its power supply.

Is this revealing the downside of renewable energy?

The system broke down because of multiple factors, not from a lack of sunshine and wind.

“Renewables have not caused this issue,” Steve Berberich CEO and president of the Independent System Operator, said on Tuesday. “This is a resources issue and not a renewables issue.”

In fact, solar energy is now the state’s workhorse, providing so much power during the day that the supply often outstrips demand. Once thought to be a costly green alternative, solar is now the cheapest source of large-scale power.

“Solar is an engine during the day, meeting California’s highest energy load,” said Bernadette Del Chiaro, executive director of the California Solar & Storage Association. “Solar is doing exactly what solar is supposed to do.”

It’s easy to lose sight of the remarkable gains the state has made in shifting from a power system dependent on fossil-fuels to one that currently runs on 33% renewable energy. California has a goal of operating on 100% carbon-free electricity by 2045.

But for those critics who say that California has moved too fast to decarbonize the state’s power grid, leaving it vulnerable, the current crisis presents an irresistible opportunity to snipe.

“Hot weather and a cloudy day should not be able to shut down the fifth-largest economy in the world,” said Lance Hastings, president of the California Manufacturers & Technology Association. “While we support California’s renewable energy goals, we absolutely need system redundancy that allows us to continue to operate and manufacture products for our residents and the world.”

California’s own Tesla is a pioneer in designing large-scale battery fields. The world’s largest was installed by the company in South Australia in 2017.

A future energy squeeze was foreseen so power managers have been scrounging for juice wherever they can find it.

Ten years ago, California adopted an energy storage mandate. Utility-scale solar plants, for example, are scrambling to include energy storage to their facilities, some using batteries and others directing the sun’s power into vast silos holding molten salt, which stores the heat during the day and is released to run the facility for a time after the sun sets.

Another model already in use is pumped storage, a system where billions of gallons of water is pumped uphill during the day, using cheap solar power, stored in reservoirs or other abandoned mine pits. At night the water cascades via gravity through powerful turbines, generating power.

Other options are to tap batteries wherever they may be. Look no further than your driveway, which, if the state’s electric vehicle mandate ever comes to fruition, would mean that Californians can plug critical appliances into their cars — or at least make use of electric cars’ batteries to supplement home power.

Home rooftop systems equipped with batteries store power that can be called upon to feed the grid. The idea is that residential and commercial solar panels can be called upon as virtual power plants. Utility companies can reach into home systems and siphon power to the grid.

The state is encouraging just that, with a program that offers rebates for users willing to share stored power.

Has conservation helped? I’m doing my laundry in the middle of the night.

According to the state’s grid operator, efforts to ease power use during peak times have yielded unprecedented energy savings over the past three days.

“We saw a dramatic flattening of  the load curve like we’ve never seen before,” said Berberich. “We believe that it’s directly attributable to people who conserved and companies that took load off the system.”

Californian’s are heeding the call to turn up thermostats and refrain from using major appliances between 3 and 10 p.m., Berberich said. In addition, industrial users reduced their power consumption and the Los Angeles Department of Water and Power made its excess generation available to the statewide grid.

Among the sectors pitching in: large commercial ships at busy ports in Long Beach, Los Angeles and Oakland. As part of the state’s electrification efforts, and to improve air quality, ships idling in commercial ports shut down dirty diesel-burning engines and plug into shore-side power, a  practice called “cold ironing.” The program has reduced air pollution from berthed ships by 95%, according to the state Air Resources Board.

But during the crisis, Newsom signed an executive order allowing them to suspend the electrification, which is spewing smog-causing gases into the air just when smog alerts are hitting much of the state.

When will this get resolved?

The Blame Game, already underway, has to play out.

President Donald Trump weighed in Tuesday with a tweet that blamed Democrats for “intentionally implementing rolling blackouts — forcing Americans in the dark.”

The state’s grid operator blamed the Public Utilities Commission for being asleep at the wheel, noting that it produced a report in January predicting a summer energy peak. The PUC, in turn, blames the grid operator for not managing the reserves well.

Consumers would be happy to point a finger, but are unsure of which direction.

Newsom has ordered an investigation.

Meanwhile, the heat wave is forecast to continue this week.