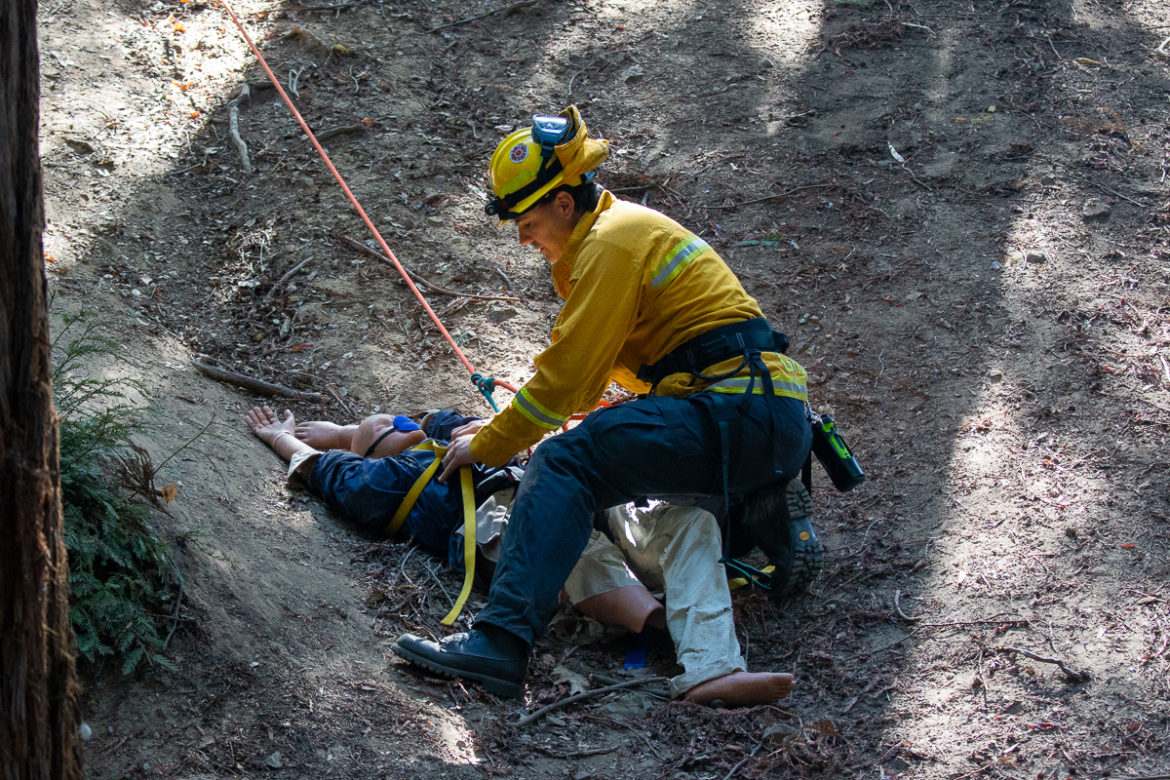 Brian Gidney, firefighter and paramedic, secures the dummy with harnesses

Earlier this week, Piedmont Fire Department, led by Training Officer Lt. Justin McNulty, enacted the dramatic practice of a “Low Angle Rescue.” These rescues are typically the result of someone falling down steep hillsides — and are not unheard in Piedmont. According to Fire Chief Bret Black, two such rescues have taken place in town — one in Dracena and the other on the steep slope of red rock above Corporation Yard.

Because they tend to be high risk, and less common, it’s important for the officers to practice the steps and maneuvers needed to manage this kind of rescue.

The new engine has a compartment that is large enough so they can carry all the equipment needed for such a rescue. This includes the Stokes package (the basket) used to transport the victim; and the pulleys and ropes, which provide mechanical advantage in this kind of rescue.

Having all the necessary equipment on hand means not having to rely on surrounding teams which can slow the response.