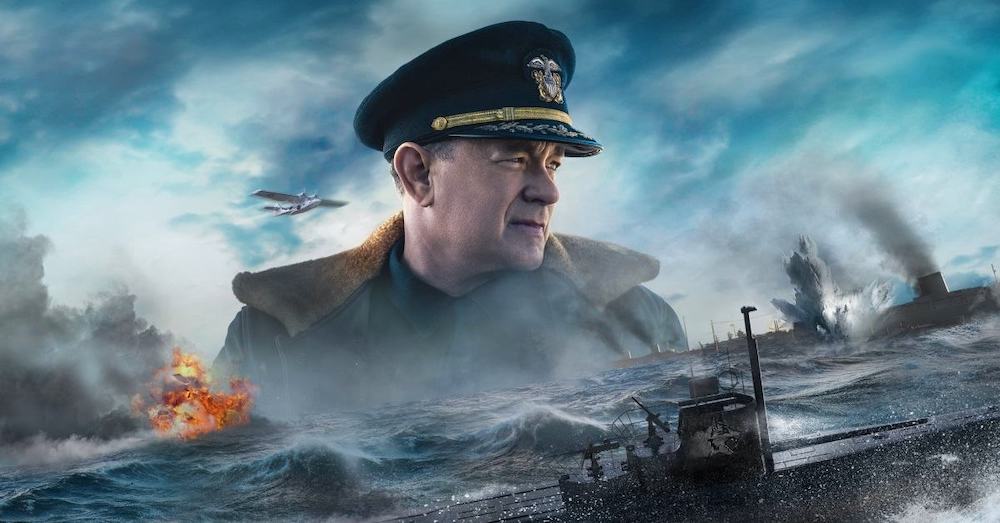 No one plays do-gooders better than America’s most beloved actor, Tom Hanks. He’s the guy you’d want on your side in a crisis, a celebrity with integrity and decency. In Aaron Schneider’s effects-heavy WWII thriller, Hanks writes a comfortable, ideal role for himself — that of Captain Ernest Krause. In 1941, Krause is feeling the weight of navigating a crew through treacherous waters swarming with predatory Nazi submarines. Too bad no other character other than Krause comes to life in this swift war flick. “Greyhound” is adequate and exciting enough, but it’s also forgettable, preferring naval jargon over character development. (Available on AppleTV+ on July 10)

“Bring Me an Avocado”

Filmed and set in Oakland, writer/director Maria Mealla’s engrossing family drama suffers from a choppy start, but improves as it explores the human toll left in the wake of a shooting that threatens a mother’s (Sarah Burkhalter) life. Built around strong performances — particularly from Bernardo Peña as a writer husband and father who struggles to make sense of what’s happening and how to care for his daughters — it’s a strong feature debut for Mealla. (Available for rental)

“Have You Seen Her, La Misión?”

The Roxie — the gem of an indie theater in San Francisco — is a go-to spot to see films — now virtually, rather than in person — that speak to the concerns of the greater Bay Area. This Friday (June 10), they’re hosting a program of shorts that look at the changes the Mission District experienced post dot-com boom. It’s presented by RoxCine and co-presented by Cine+Mas SF/San Francisco Lation Film Festival. About a half-dozen films are in the program with a virtual Q&A set for 6 p.m. July 15. (Sliding-scale tickets are available at https://www.roxie.com/have-you-seen-her-la-mision/)

Another hidden gem for the arthouse crowd is this San Francisco International Film Festival’s program, celebrating its 10th anniversary. Thoughtfully curated and filled with incisive Q&As, this year’s slate takes place virtually and runs from July 12 to Aug. 5. The first feature arrives at 5 p.m. July 12 with the highly praised, but little seen “Still Human,” a 2018 release that’s set in Hong Kong and revolves around the evolving relationship between a contentious man (Anthony Wong) in a wheelchair and his Filipina caretaker (Crisel Consunji). Consunji will discuss her role  and the film in a Q&A afterward. (For a complete program, visit sffilm.org/presents. Tickets cost $8 with a $15 pass will grant access to all films and conversations.)

Although it doesn’t have ties to the Bay Area, Kelly Reichardt’s different kind of Western is an unmitigated masterwork for film buffs. It’s the opposite of a modern cinematic experience where flashy edits and rapid-fire dialogue dominate. Reichardt brings quiet reflection and significance to the natural world with a tale of an unlikely friendship that gets tested by outside forces during the Gold Rush era. The screenplay, co-written by Jonathan Raymond might seem formless, but how he and Reichardt subtly weave in how we need to understand the past so we gain a better perspective about our present is masterfully rendered. The two leads — John Magaro and Orion Lee — are naturals, so unaware of the camera that often it feels like we’re intruding. Get a jump on seeing it and help out the Smith Rafael Film Center in the process, by streaming it from 7 till 10 p.m. July 9. It’ll then be available on various platforms starting July 10.)