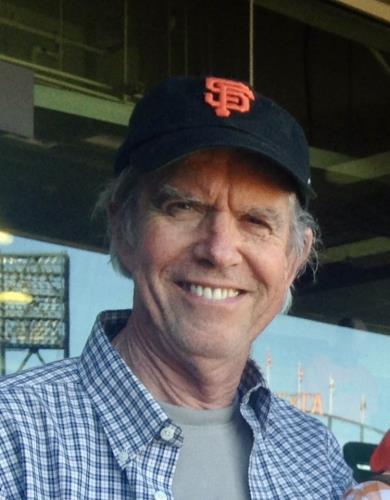 Posted with permission from the Guiney family

Neil Terrence Guiney passed away peacefully at home in Oakland on May 7, 2020 after a brief struggle with cancer. A life long resident of the Bay Area, he was born in San Francisco to Katherine Sullivan Guiney and Neil Joseph Guiney. He married Julie Ann Fielder in 1973.

He was a member of the first graduating class of St. Francis High School in Mountain View. After graduating from St. Mary’s College in Moraga, Neil earned a Master’s Degree in English with an emphasis on Irish Theater from San Francisco State University in 1969. Upon completing his education in the arts, he became a carpenter, obtaining his General Contractors License in 1976.

In 1979, he and Julie moved from San Francisco to Piedmont where they raised their two children. In 2003, they moved to Oakland, where they ultimately retired. As a lifelong builder, he created beautiful homes for the family he loved, remodeling each of his houses to his exacting taste and specifications, just as he did for scores of clients over the years. His workshop in the garage was his favorite place to be, where he crafted furniture and worked on myriad projects.

Neil was a renaissance man at heart. He enjoyed playing many instruments throughout his life, from the piano to the fiddle. He loved literature, his vegetable garden, handwoven textiles and a wide variety of music and art. He spent many happy hours in museums all over the world. In 2018, after a painstaking and exhaustive search of family records, Neil was very proud to obtain the necessary documentation that allowed him to become an Irish citizen.

An avid 49ers and Warriors fan, his true love was (arguably) the San Francisco Giants, a love he shared with his father. In 1958 Neil’s father watched the parade welcoming the Giants to SF in front of his financial district office. In 2010, when the SF Giants finally won a World Series title, Neil stood proudly in front of that same building with his son, watching the parade go by and knowing his father was with them in spirit.

Above all he loved his family and demonstrated that in gestures both grand and small. We are devastated by his loss. He is preceded in death by his parents. He is survived by his wife Julie, daughter Ann, son Dennis (wife Micaela Garcia), granddaughter Teresa, his brother Stephen (wife Brooke), brother and sister-in-law (John and Susan Fielder) and loving nieces and nephews Sean, Katherine and Connor Guiney, Jane Fielder and Robyn Fielder Pichel.

He was a man who lived by the Henry Kaiser maxim “When your work speaks for itself, don’t interrupt.”

The celebration of Neil’s life has been indefinitely postponed due to current circumstances. Donations may be made to the St. Anthony Foundation or to an arts organization of your preference.