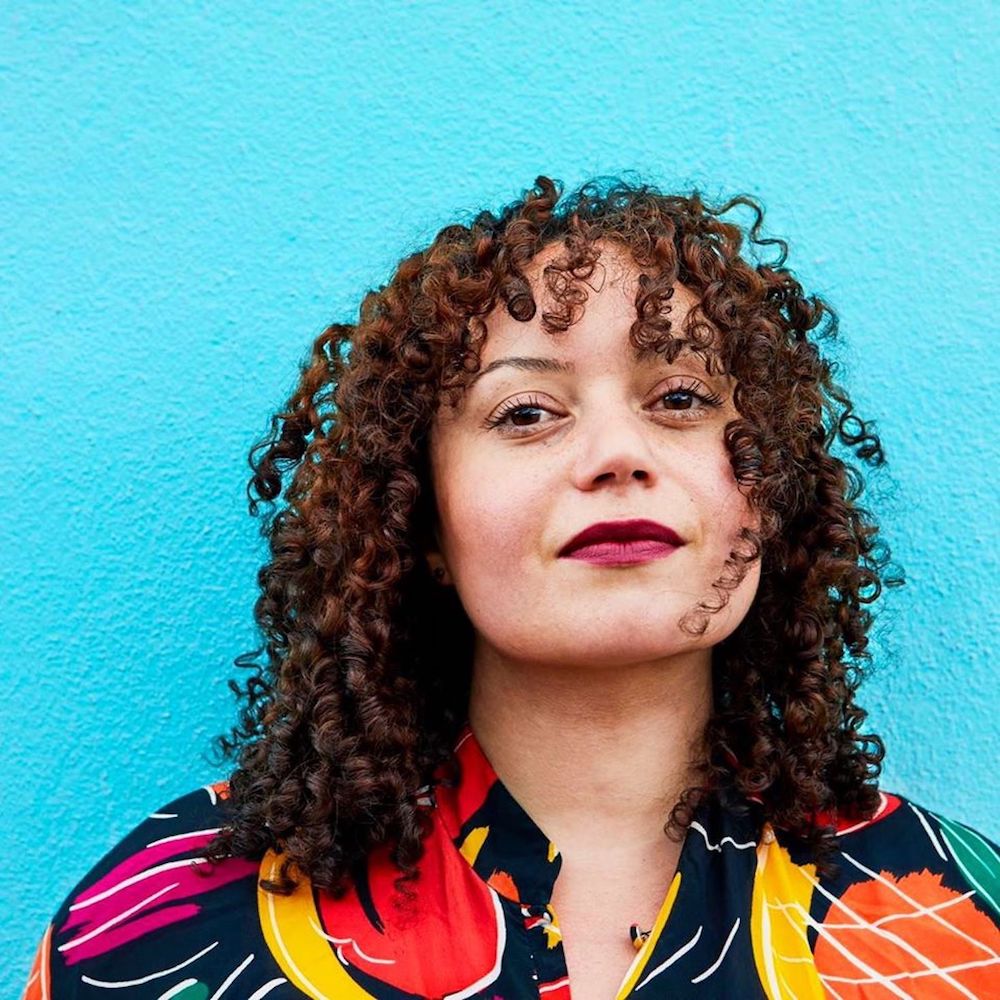 “You grow, and your grief and trauma ebb and flow,” said Melissa Valentine. “You kind of learn to flow with it. You become less afraid of it." The Booksmith in San Francisco hosted a virtual launch of her new memoir, "The Names of All the Flowers," (Images courtesy of The Booksmith)

For many, to grow up in Oakland is to grow up as a witness and vessel of trauma. Amid the troves of artists bunking in cluttered warehouses are the legacies of gentrification. Between the Lake Merritt barbeques are the over-policing of black neighborhoods and schools with waning budgets. For every word of praise for the Black Panthers and their legacy, there is a reminder that equality is still a ways away.

For Oakland native Melissa Valentine, there has always been a system in place; a system that preyed on her brother, Junior, depriving him of the support and resources like so many Black youth in their city. A system that, in part, led to Junior’s murder at 19 years old and, as a result, Valentine’s journey to the creation and publication of her debut memoir, “The Names of All the Flowers.”

“I’ve always been an observer,” Valentine says. “I was a really quiet kid, probably a little precocious. My family was dysfunctional, and I thought ‘I need to write about this.’”

Valentine grew up in Oakland with five siblings (including Junior) and her parents, a white Quaker father and a Black mother from the South. Junior and Melissa were younger and close in age, and they stayed close through childhood, witnessing a rapidly changing landscape in Oakland — one that did little to protect the innocence of children, especially Black children. Valentine believes such traumatic experiences resonate throughout the Black community; her brother’s story is one with far-reaching empathy.

“[Writing the book] was helpful in teaching me how to talk about it and understanding it in a way that was related to conversations we’re having right now, like defunding police, the school-to-prison pipeline,” Valentine says. “You were meant to be in institutions that were prisons for children. You’re meant to fail and go to prison. This system was built for his demise.”

Junior’s death from gun violence, only a week after his release from a yearlong prison sentence, would change everything for the family, including Valentine’s literary aspirations.

After high school, she began interning as a community activist, working against the same entangled system of oppression she sees as liable for what happened to her brother. She attended undergrad at Sarah Lawrence College in Yonkers, New York, “interrogating what I knew.” She gravitated toward acting and performance, and after a semester abroad in Cuba, she discovered that she wanted to be a storyteller. So after graduation and some time in New York, Valentine returned to Oakland and applied to Mills College’s MFA program for creative writing.

“It was a great program,” Valentine says. “I was given a lot of flexibility. You are exploring your craft, learning how to write, learning by doing. I needed to be in a place like that. My thesis, a draft of it, is my memoir.”

But that draft was a shadow of the 300-odd page book coming out this month. Valentine wasn’t given a book deal and paid leave to focus on her craft; she has worked throughout the entirety of the process.

“I’ve never not worked,” Valentine says. “I wasn’t away; I was writing in the minutes and hours between my real life. Writing this book was a way to deal with my grief.  I want it to change people. I want it to change the way we view young Black men.”

The process, she estimates, took seven years between writing, editing, finding an agent, re-editing, working, moving, finding a publisher, and continuing to grieve with her family and herself.

“You grow, and your grief and trauma ebb and flow,” Valentine says. “You kind of learn to flow with it. You become less afraid of it. Looking back at some of the hardest moments, where I had to be the most buttoned up, that’s a response to trauma. It happens all the time, and we don’t have a way of processing it. Many of us don’t have access to therapy. No one knows how to talk about it.”

Valentine now lives in Brooklyn, New York, and works as an executive editor producing content at the intersection of tech, publishing and education. She has been working from home like millions of others for the last few months, something she finds more a comfort than a burden.

“As Black people, you can see with George Floyd, with Breonna Taylor: we are constantly grieving,” Valentine says. “We don’t know these people, but we do. And it hurts. The grieving connects us. We are a community that has always experienced violence. It’s been our history forever. I feel safe working from home right now. It’s helpful to have the safety of my home.”

“The Names of All the Flowers” found its publisher, The Feminist Press, when Valentine’s manuscript won the Louise Meriwether First Book Prize, the press’s own contest to honor a female or nonbinary debut author of color. Despite the sorrow in the book, there is room for celebration, for blooming, for telling more than one kind of story about loss.

“Bring in the beauty and the joy and the possibility,” Valentine says. “It didn’t end well. It was violent and we miss him. But he was a beautiful person. Say their name, of someone who is killed and immediately forgotten about.”

The Booksmith in San Francisco hosted the online book launch at 7 p.m. on July 14, and there will be ongoing events to publicize the work in Brooklyn. Valentine is in the early stages of a new work, one that pertains to her present circumstances and experiences.

“I’m really ready to write from my adult perspective and have that voice,” Valentine says. “I hope and pray this is not a trend, centering Black art and Black authors.”

* Melissa Valentine’s “The Names of All the Flowers” is available online on July 14. Join the launch with Tongo Eisen-Martin at The Booksmith here.