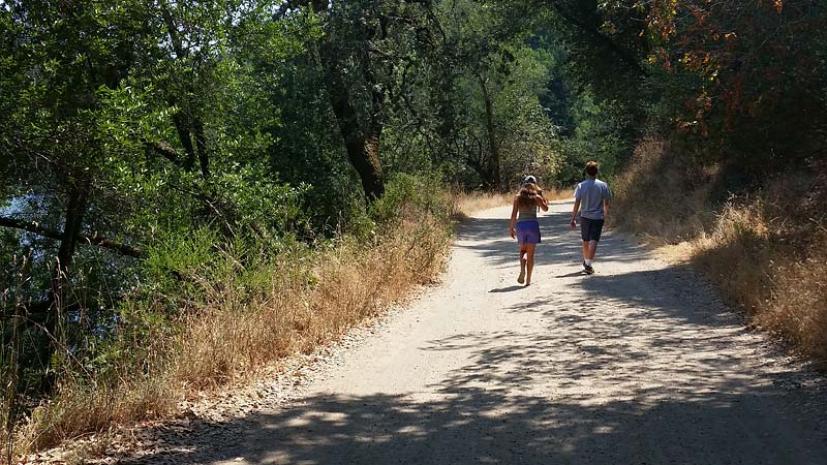 The incident took place at Phoenix Lake, a popular Marin destination for runners and hikers alike.

A Larkspur man told Marin County park rangers this week that he was assaulted for telling a jogger on the Gertrude Ord Trail to put on a face covering to prevent the spread of the COVID-19 coronavirus.

The 59-year-old Larkspur man was walking on the trail with his wife in the area of Phoenix Lake in Ross around 10 a.m. Wednesday when they encountered the jogger coming toward them from the opposite direction.

The man told the jogger to put on a coronavirus mask before getting closer. The jogger subsequently shoved the man to the ground and continued running, according to Marin Municipal Water District spokeswoman Jeanne Mariani-Belding.

Park rangers searched the area but could not locate the suspected jogger. The man who reported the alleged assault declined medical treatment.

According to Mariani-Belding, the suspect is described as a white man in his early 20s with brown hair. He was wearing a light-colored shirt and a black vest at the time of the alleged assault.

Anyone with information about the case can contact the water district rangers’ office at (415) 945-1180.