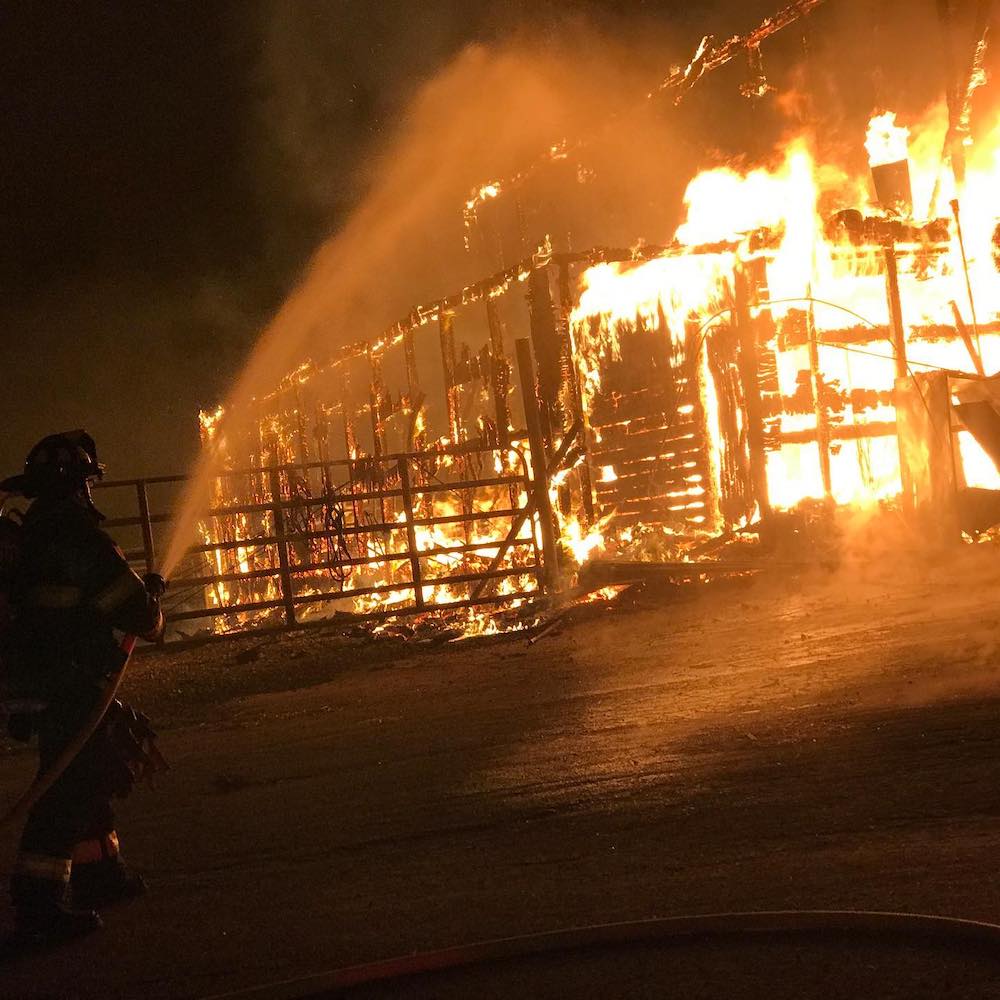 Engine75 and Quint76 with mutual aid assistance from Pinole Fire, Contra Costa Fire and Crockett Carquinez Fire on scene at Claey's Ranch for a barn on fire. Photo: Rodeo-Hercules Firefighters

As multiple fires burned in Bay Area cities and counties Saturday night, firefighters scrambled to keep up, with one East Bay fire department reducing responses to all but structure fires due to the overwhelming volume of fires.

The San Francisco Fire Department said it responded to 110 fires between 3 p.m. Saturday and 3 a.m. Sunday, with all but two attributed to fireworks.

In addition, a fire reported about 9:30 a.m. Sunday was burning multiple acres at the Gleneagles Golf Course at McLaren Park, with about 25 department personnel at the scene.

Most of the holiday fires were on the city’s southeast side, the department said, and two youths were treated for burns from fireworks.

Fireworks ignited a fire that burned five acres at 1199 Thomas Ave. in the Bayview district that threatened a dozen motorhomes before it was contained. There were no injuries reported in the incident.

The department said it was fully staffed for the holiday and had five additional roving patrols to ensure a rapid response.

In Contra Costa, a barrage of illegal fireworks that sounded around the county helped fuel a difficult night for firefighters Saturday, but as of early Sunday no homes or structures had been lost, the Contra Costa Fire Protection District said.

The district joined local agencies in responding to 67 fires between 7 p.m. and midnight, with at least 16 caused by fireworks, officials said.

Crews managed to save some 20 homes threatened in Pittsburg during the evening after fireworks sparked a blaze.

“In spite of dozens of structures threatened, not a single home was lost,” the district said.

Vegetation fires were also fought in Bay Point, San Pablo, Antioch and Martinez, among other areas.