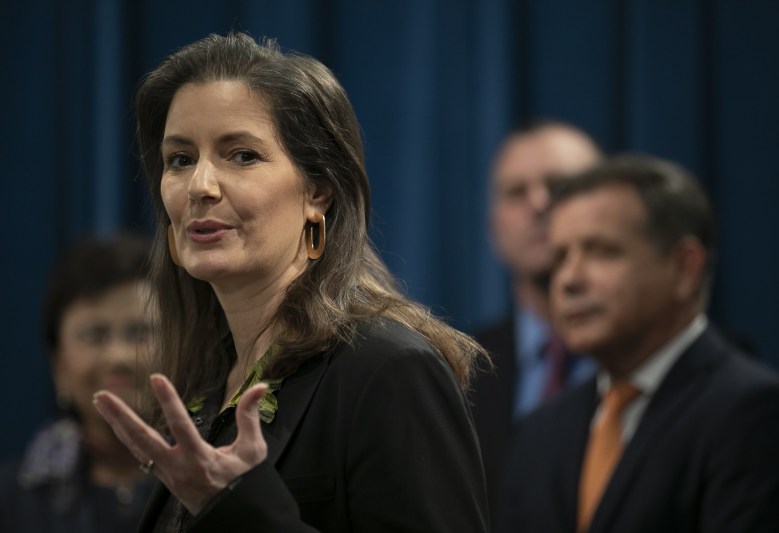 Oakland Mayor Libby Schaaf during a press conference at the California Capitol on March 9. Photo by Anne Wernikoff for CalMatters

“I don’t need law enforcement in Oakland, I need testing,” Schaaf said in an interview on Twitter. “I need personal protective equipment.

“We need direct income support for people who are out of work,” Schaaf said.

The president said that federal law enforcement in Portland did a great job over the past three days quelling civil unrest there and he’s not going to let it threaten the country.

He said leaders of cities like Oakland, Chicago, New York and Baltimore are afraid of what he called anarchists not protesters.

He said all the cities he mentioned are run by liberal democrats and their afraid of the “anarchists.”

In a statement late Monday Schaaf said, “We are not experiencing any civil unrest now, but I can think of nothing more likely to incite it than the presence of Trump-ordered military troops into Oakland.”

Oakland police said that they and city officials have not, nor would they, request federal help to manage crowds in the city.

Oakland police said they are part of a statewide mutual aid incident command system and they work through a regional coordinator to make requests for help if they need aid from outside the city.