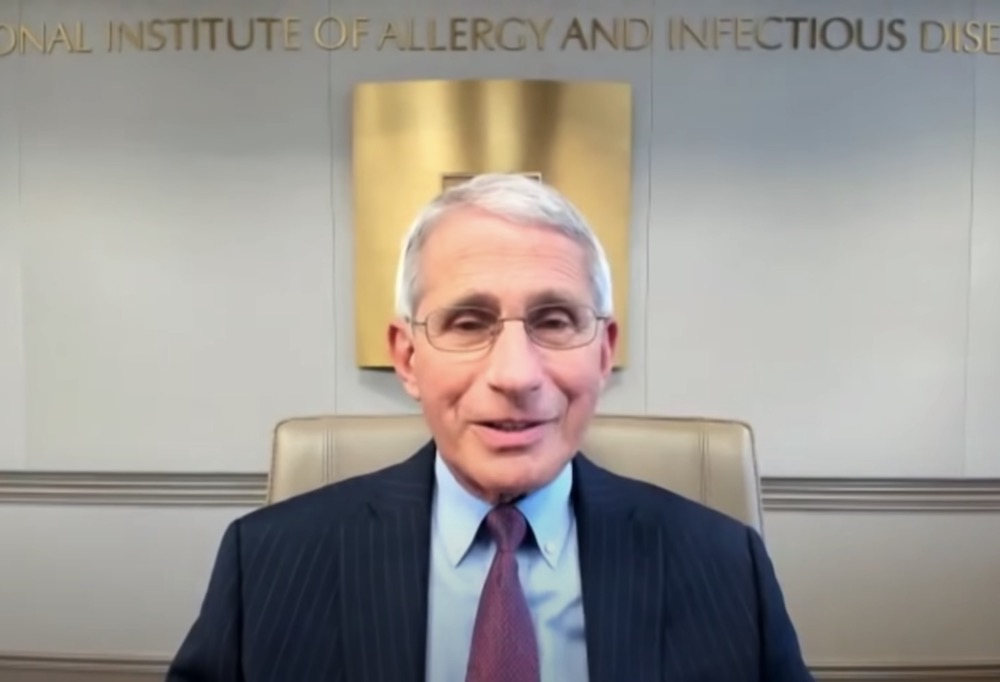 Dr. Anthony Fauci, director of the National Institute of Allergy and Infectious Diseases, joined Stanford University’s dean of medicine Monday for a talk on the challenges and medical progress made in response to the COVID-19 coronavirus pandemic.

Currently, the country is seeing its highest levels of COVID-19 yet, with 3.3 million confirmed cases overall and 60,469 new cases reported Sunday, but Fauci said it’s not too late to reverse the impacts.

“We can get a handle on that,” Fauci said in a discussion with Stanford’s Dr. Lloyd Minor. “We don’t necessarily need to shut down again, but if we pull back and proceed in a very prudent way and respect the guidelines … those things, as simple as they are, can turn it around.”

Those guidelines are to wear a mask, frequently wash hands, physical distance from others and avoid crowds.

However, if someone gets infected, medical professionals have learned interventions with the antiviral drug remdesivir and the steroid dexamethasone have been proven to be effective with people who are already advanced with the disease.

Fauci said the next steps are to identify interventions that are given earlier in the course of the disease to prevent people who are vulnerable from getting it or prevent it from getting worse in those who are already infected.

“I believe we are on a good track to get there reasonably soon,” Fauci said. “In terms of vaccines … there are multiple candidates that are in various stages in clinical trial.”

One of the two vaccines that are in clinical trials will enter phase three this month, Fauci said. That means the vaccine will be given to thousands of people to test for efficacy and safety.

Fauci believes at least one vaccine will be ready for public use by 2021.

“I think what we really do need, and I have been saying this for decades. We really need to have a very solid pandemic preparedness plan and operation capabilities because this is not something that will go away and not happen again,” he said.

Tangible next steps to prepare for the next pandemic would be to continue to develop scientific technologies for quick vaccine development.

Another step would be emphasizing the study of prototype pathogens, a particular family of potentially threatening microorganisms, which could be helpful in developing universal vaccines and therapies.

California is also not immune from high case counts. The state has more than 329,000 confirmed cases and more than 7,000 deaths, according to the latest state data as of Monday.

However, Fauci pointed out that the Bay Area was doing a lot better in controlling the transmission of COVID-19 than the rest of the state.

“California, being the large state that it is, is a bit of a mixed bag … I have worked with Gov. Gavin Newsom throughout these few months and he really has his handle on it, understands what he needs to do and I believe he is doing a really good job, as are several of your [Bay Area] mayors.”

In early March, Stanford was one of the first academic medical centers in the country to develop its own diagnostic tests, which helped made testing available in Northern California.

Fauci at Monday’s event did not discuss recent questioning of him and other public health officials by President Donald Trump and other White House officials.

Among Trump’s most recent tweets as of Monday was the sharing of a tweet by another user who asked, “So based on Dr. Fauci and the Democrats, I will need an ID card to go shopping but not to vote?”