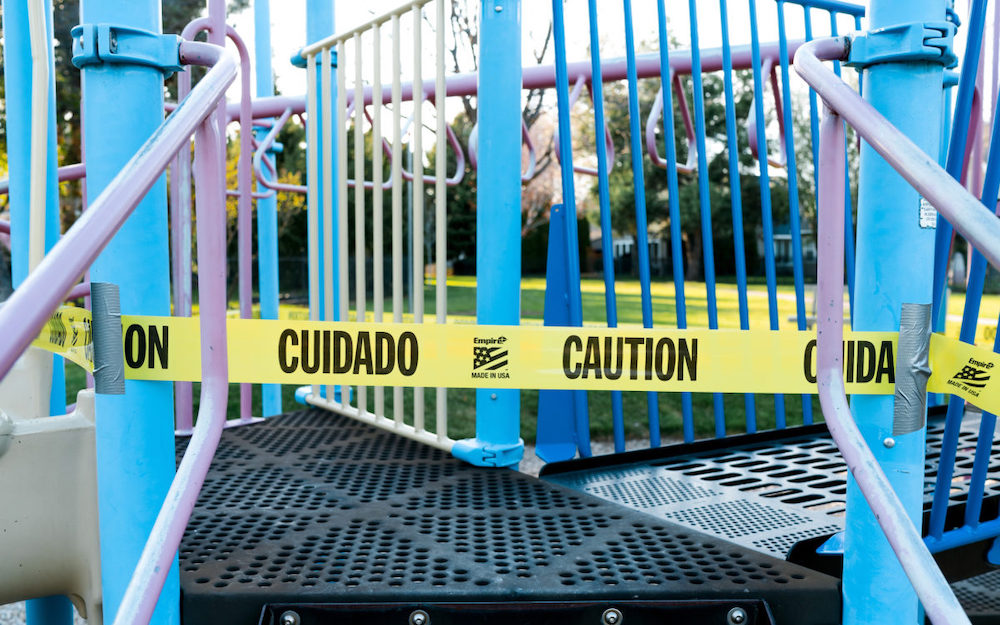 Photo by Allie on Unsplash

Gov. Gavin Newsom didn’t mention it in his hour-long press conference on Friday, but new state guidelines banning in-school instruction in counties on a monitoring list for coronavirus infections includes a waiver provision that could exempt elementary schools.

On Friday, hours after Newsom released his guidelines, Santa Clara County’s superintendent of public schools and the director of public health sent out a letter inviting public and private school officials to apply for the waiver.

Other county superintendents reported getting many questions about possible waivers over the weekend.

“The waiver provision in the guidance is generating a lot of attention around the state,” said Edgar Zazueta, senior director of policy and government relations for the Association of California School Administrators.

Cody and other county health officers would have the authority to grant the waiver after consulting with the California Department of Public Health, according to the wording, which can be found as a footnote in a 5-page “framework” for reopening in-person learning for K-12 schools that was released on Friday.

The waiver provision was not mentioned in the 19-page Covid-19 Industry Guidance: Schools and Schools-Based Programs, also released on Friday, nor in a press release from Newsom’s office. When asked about it during a press conference on Monday, Newsom acknowledged a waiver would be possible but did not elaborate.

More than 30 of California’s 58 counties, encompassing nearly all the state’s urban and suburban counties, are on the watch list, which requires that they close bars, malls and indoor restaurants, along with in-person school instruction, for a minimum of 14 days. Counties could come off the list only if their coronavirus data fell below a number of benchmarks, including rates of infection, transmission and hospitalization.

A waiver would permit at least some elementary school children, perhaps in small groups, to attend schools during that period if they follow the state’s safety guidelines.

The footnote mentioning the waiver opportunity does not elaborate on which conditions must be met before a county health officer could allow in-person instruction.

It reads as follows: A waiver of these criteria may be granted by the local health officer for elementary schools to open for in-person instruction. A waiver may only be granted if one is requested by the superintendent (or equivalent for charter or private schools), in consultation with labor, parent and community organizations. Local health officers must review local community epidemiological data, consider other public health interventions, and consult with (the California Department of Public Health) when considering a waiver request.

What’s not clear is whether “consultation” means that opposition from teachers unions would prevent a superintendent from seeking a waiver. The California Teachers Association has stated that a large majority of teachers would not return to school until conditions are safe.

During the webinar explaining the guidelines Monday, newly-appointed California State Epidemiologist Dr. Erica Pan said that her office would put in place by the end of the week the process by which county health officers could determine if local Covid-19 data and safety measures, including protective equipment at school and the availability of testing, would permit a waiver. She said that the waiver would apply to K-8 school districts.

Along with perhaps some school districts, charter schools and private schools in Santa Clara County, which includes 19 districts in San Jose, rural elementary districts in counties on the monitoring list might be the first in line.

“I do think we will have candidates,” said Michael Hulsizer, chief deputy for governmental affairs for the superintendent of schools in Kern County. “The metrics in rural districts are not the same countywide or, in Bakersfield.” A week before the new state guidelines were announced, about a third of districts in the county were considering a hybrid form of instruction, including some in-school instruction. Some of these might be interested, perhaps initially on a smaller scale, he said.

In encouraging districts to consider a waiver, Dewan and Cody emphasized that “based on the current best available scientific evidence,” the risks that children under 12 would transmit the coronavirus to adults and become infected themselves would be low, compared with other older children and adults. And they wrote that in-person instruction is “academically and socially critical for younger students” — and especially so for lower- income students who are “particularly harmed” by a lack it.

Dewan said in an interview Sunday that her letter “was not at all an effort to circumvent or undermine” the new state regulations or to return to full in-person instruction. But many districts have been considering in-school learning centers to supplement distance learning for small groups of “high-needs students.”

That might be one possibility, she said. Districts would set their own priorities, which could include students who have lacked computers and internet access at home, homeless and foster children and students with disabilities. Any permission for in-school instruction “would not be a waiver of safety requirements by any stretch and would require full adherence” to the new state rules on masks and social distancing, she said.

“There is a question what the provision’s intent is,” Zazueta said. “Is it aimed at allowing small groups for targeted in-person instruction or to give communities within a county a pathway to open up, even if the county is on the monitoring list?”