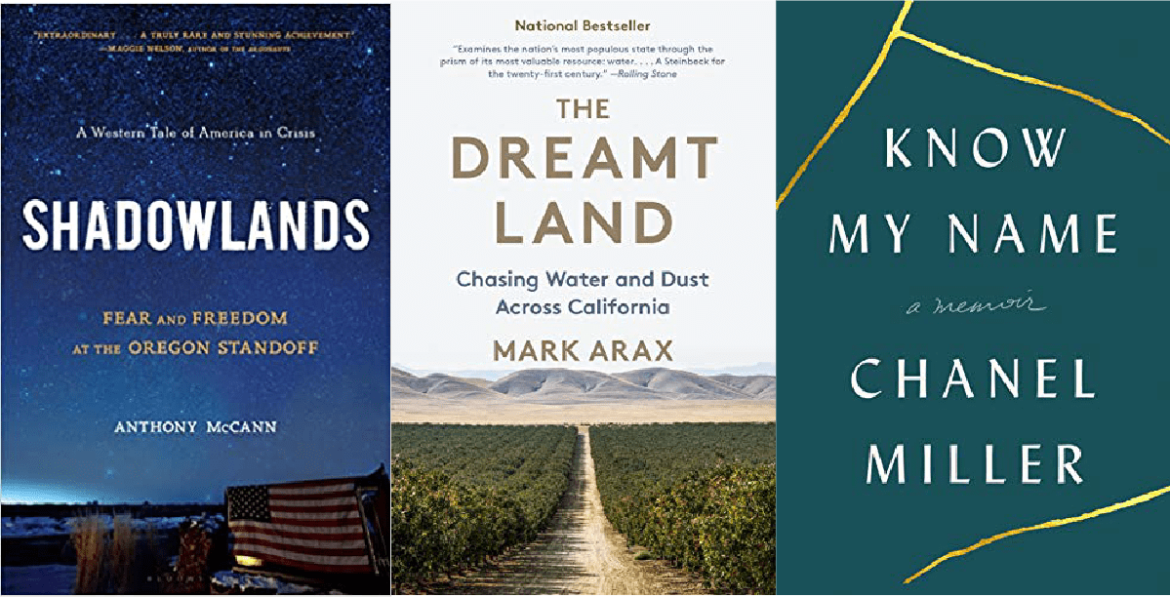 For an amazing 89 years, the San Francisco-based California Commonwealth Club has been assessing the work of the Golden State’s authors and conferring annual awards upon the best of them. It’s no great surprise that John Steinbeck was a three-time honoree, but more modern recipients have included many Bay Areans – San Francisco’s Adam Johnson and Andrew Sean Greer and Berkeley’s Michael Chabon among them.

This week, the Club – the oldest and largest public affairs forum in the country – has announced the nominees for the 2020 California Book Awards in six categories, its panel of judges having deliberated for the first time on Zoom instead of voting in person at the Commonwealth Club headquarters. The winners, whose works were published during 2019, will be announced July 24 by jury chair Peter Fish.

This journalist from The Central Valley traversed the state to explore how our water management – and mismanagement – systems have shaped the land and agriculture, for better and worse.

This published poet and creative writing teacher has given us a probing account of the issues that arose with the 2016 federal standoff in Oregon when religious right wingers led by Ammon Bundy occupied the Maheur National Wildlife Reserve.

The courageous sexual assault survivor victimized at Stanford by Brock Turner has produced a forthright, thoroughly moving memoir that won the National Book Critics Circle Award for best autobiography of 2019.

Siler, a resident of Ross in Marin County, unearthed the amazing story of Donaldina “Dolly” Cameron, who worked tirelessly in early 20th-century San Francisco to liberate girls and young women who were conscripted into sexual slavery in Chinatown.

This sweeping account of Native American life from the famed 1890 massacre of the title to the present day was written by a Southern California anthropologist and creative writing teacher who is himself an Objibwe from a Minnesota tribe.

Los Angeles in the tumultuous 1990s is the setting for this taut tale of two families, one Korean-American and one African-American, who must come to grips with their shared histories as more racial violence threatens to erupt.

This new novel from the Oakland-based author of “The Gods of Tango” revolves around five lesbian “women who sing” who find each other while seeking refuge from the brutal military dictatorship in 1970s Uruguay and covers half a century of their intertwined lives.

A love story, a murder mystery and an immigrant’s tale, the novel by the American Book Award-wining author of “The Moor’s Account” spins off in several interwoven directions after a Moroccan store owner becomes the victim of an apparent hit-and-run late in the night.

Opening in modern-day New Orleans with a biracial single mom who has just lost her job, the Oakland author’s novel arcs back in time to an ancestor of her character’s – a former sharecropper who now owns her farm – and traces how their lives intersect across the generations.

Ruchika Tomar of San Jose
for “A Prayer for Travelers” (Riverhead Books, $27, 351 pages)