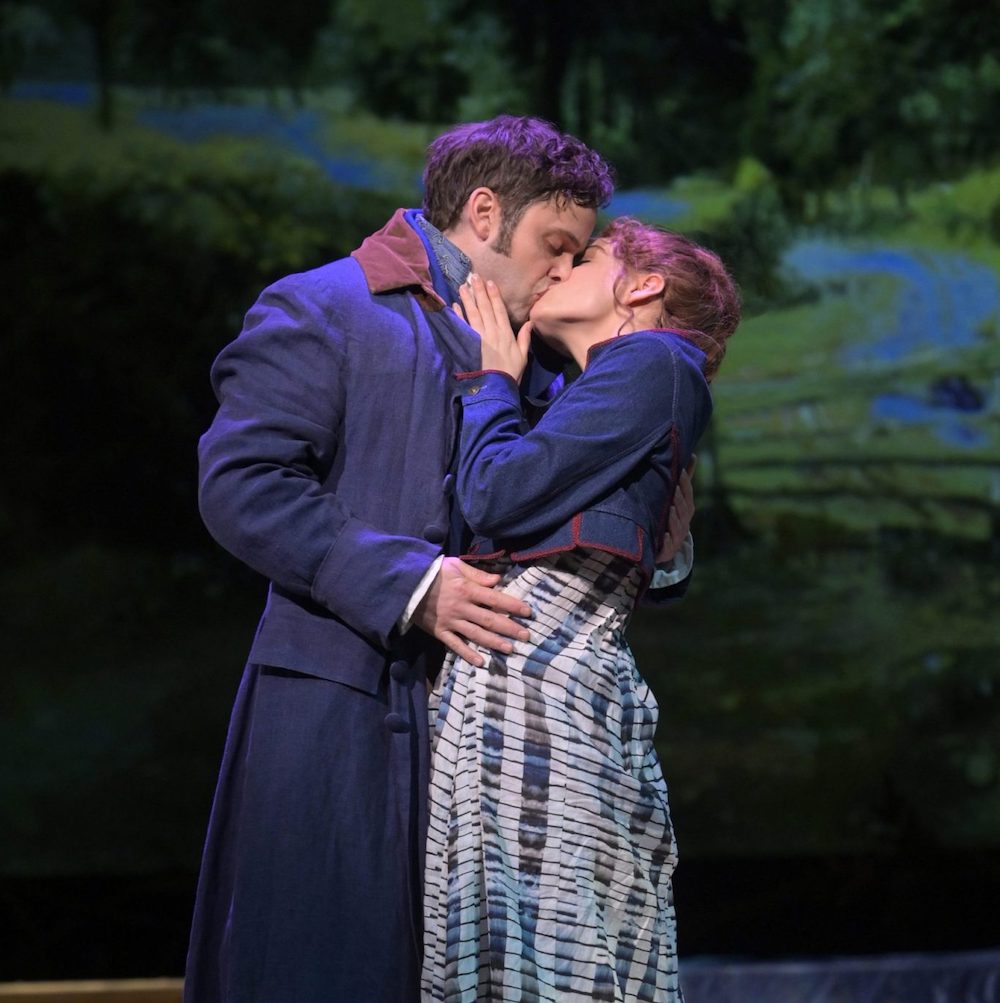 • Jane Austen meets Amazon: TheatreWorks Silicon Valley last year had a hit on its hands when it presented the world premiere of Tony-nominated composer Paul Gordon’s musical adaptation of Jane Austen’s classic “Pride and Prejudice.” Starring Mary Mattison as the plucky Elizabeth Bennet and Justin Mortelliti as the haughty but dashing Mr. Darcy, and helmed by company founding artistic director Robert Kelley, the musical furthered TheatreWorks’ reputation as a stage troupe eager to present new works. It might be playing on Broadway right now if there were a Broadway right now. But you can stream, rent or buy it on Amazon.

Streaming is free for Amazon Prime members, and can be rented or purchased for $2.99-$19.99. Just search for “Pride Prejudice Musical.”

Meanwhile, another South Bay theater company, City Lights Theater, is offering a free documentary on the making of its groundbreaking production last year of Sarah Ruhl’s “Eurydice,” which incorporated English and American Sign Language in equal measures. You can catch the documentary for free at the City Lights website, cltc.org, through Aug. 15, but you must reserve your viewing by July 31.

• Music for our times: The annual Cabrillo Festival of Contemporary Music, all of it digital events only this year, will be highlighted by an oratorio called “The Battle for the Ballot,” commissioned from composer Stacy Garrop in honor of the 100th anniversary of women’s suffrage, which will close the proceedings on Aug. 9. But it kicks off at 5 p.m. July 31 with the return of former music director Dennis Russell Davies, who will preside over a “Reflecting” program that focuses on the festival’s roots and features composer David T. Little introducing “The Conjured Life,” a piece he wrote three years ago to commemorate the centenary of the great Lou Harrison. Harrison’s Symphony No. 1 closes the program. Future concerts in the series will feature Quartet San Francisco (2 p.m. Aug. 2) and composer pianist Jake Heggie with mezzo-soprano Sasha Cooke performing his songs (5 p.m. Aug. 2).

It’s all free at www.cabrillomusic.org.

• Some potent Puccini: Livermore Valley Opera is winding up its Friday night video streaming of past productions at 7 p.m. July 31 with one of Giacomo Puccini’s most powerful works, “Tosca.” A high-spirited diva with a jealous streak loves a painter who gets into trouble for harboring an enemy of the state in Rome during the Napoleonic wars. The evil chief of police puts said painter on the rack, and when Floria Tosca protests, subjects her to the worst sort of sexual harassment in return for a (false) promise to let him go. Politics, power, treachery, betrayal and passion — this masterwork pours it all on, including two of the most famous arias in the repertoire, “Vissi d’ arte” for Tosca and “E lucevan le stelle” for her lover Cavaradossi. Soprano Marie Plette and tenor David Gustafson took the lead roles in this production from 2012, streaming for free on LVO’s YouTube channel.

Check it out at www.livermorevalleyopera.com — and donations are most welcome.

• Making waves: San Francisco’s annual International Ocean Film Festival is among the events that have gone virtual this year. From June 30-Aug. 9, you can access the event’s 54 films — touching on everything from surfing to marine mammal life (we expect that means some awesome shark footage), ecology and more — as well as more than a dozen short-film programs, Q&As with filmmakers and scientists, panel discussions and other special content. Essentially, anything that was headed for the real event has been tossed online.

Go to intloceanfilmfest.org to reel in the offerings. Most single screenings and events run $10-$12; some are pay-what-you-can. Festival pass packages ranging from $45-$100 are also available. Next year’s festival is scheduled to play at San Francisco’s Cowell Theatre from March 11-14. Fingers crossed.

• Family-friendly timely topic: Racism is one of those sensitive subjects that is never easy to talk about with your children (and it sadly has never been more necessary), but a theatrical production streaming this weekend explores the topic from a kids point of view. “A Kids Play About Racism” — spearheaded by Bay Area Children’s Theatre, Seattle Children’s Theatre and Alliance Theatre in Atlanta, and presented in collaboration with more than 35 stage companies across the country —features an all-BIPOC (Black, Indigenous and People of Color) cast addressing various elements of racism through musical theater in ways that are intended to inspire conversations about the problem and what can be done about it. The show by Khalia Davis is adapted from Jelani Memory’s acclaimed book “A Kids Book About Racism.” The online production is accompanied by interviews and educational videos to further accommodate family discussions.

You can access the production, which is streamed via the Broadway On Demand format, Aug. 1 and 2 at www.akidsplayabout.org. You’ll need to set up a free Broadway On Demand account (it’s very easy) and there are links to offer donations to the artists and companies involved.