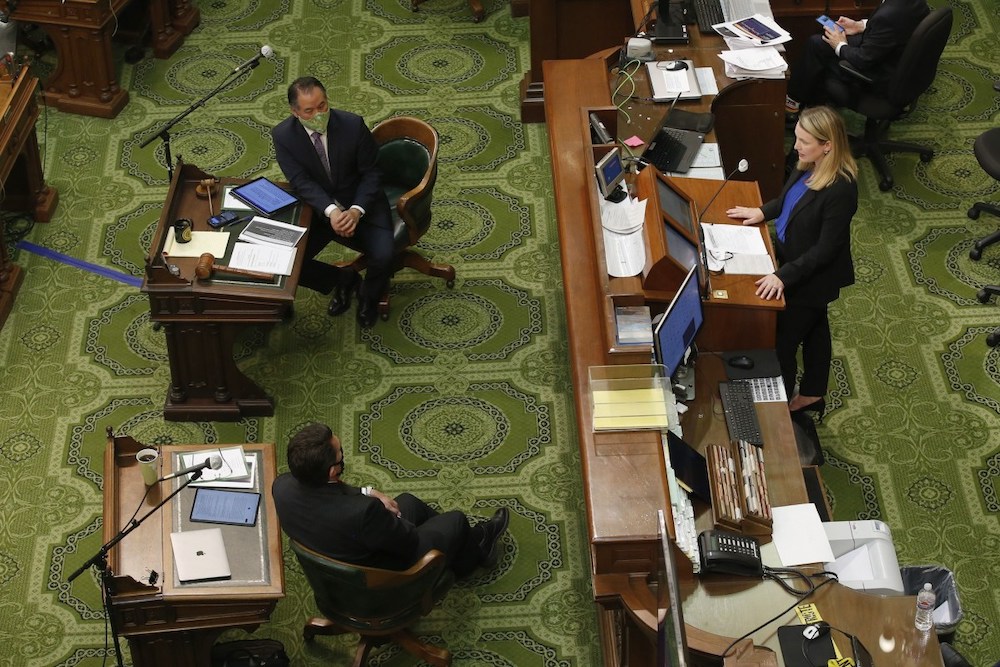 Keely Bosler, Director of Finance, right, discusses Gov. Gavin Newsom’s proposed 2020-21 revised state budget during a hearing of the Assembly “Committee of the Whole on the State Budget,” at the Capitol on May 26, 2020. Photo by Rich Pedroncelli, AP Photo/Pool

State lawmakers have just five weeks to come up with solutions to massive pandemic-related problems and prevent Californians of all stripes — tenants, landlords, small-business owners, essential workers — from falling off the edge of a cliff.

Will they be able to do it before the legislative session ends on Aug. 31?

The plan proposes raising $100 billion — nearly half of this year’s budget — by encouraging Californians to pre-pay their income taxes in exchange for future vouchers, borrowing money from the federal government and “accelerating” other sources of revenue.

Gov. Gavin Newsom on Monday said he hadn’t looked at the plan “in any detail” but said it’s “foundational” to “include a framework of bringing people along as we reopen our economy.”

Newsom was also evasive on whether he would call a special session that would give lawmakers time after Aug. 31 to debate and pass bills.

Also on lawmakers’ plates are a series of police-reform proposals — including banning tear gas and carotid neck holds, limiting the use of rubber bullets amid protests, permitting independent investigations of police use-of-force and decertifying officers fired for misconduct — and hot-topic health care bills, among others.