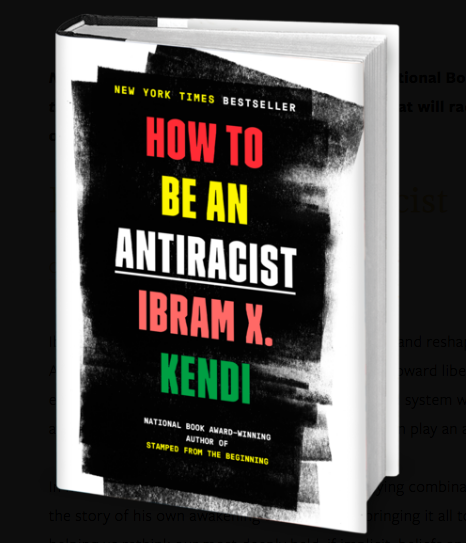 This 2019 book is on a list of recommended reading for PHS and MHS families.

At the top of Wednesday night’s Board of Education meeting, Assistant Superintendent Cheryl Wozniak presented a draft policy on equity and racial justice for the Board to review. The revisions to existing policy come in the wake of the killings of George Floyd, Ahmaud Arbery, and Breonna Taylor, among others, and in response to the Black Lives Matter movement and the call to address institutional racism. The policy updates include specific anti-racist language and commitments, but feedback during public comment and from Board members suggested the draft policy still needed more work.

In 2011, PUSD, with support from the Piedmont Appreciating Diversity Committee, formed a Diversity Task Force to begin “structural reform surrounding issues of equity, diversity, and inclusion within Piedmont’s school communities.” That work has continued in various forms until now.

During public comment, community members suggested changes to the proposed language and had concrete suggestions for moving forward.  Gina McKuen, one of the few Black teachers in PUSD, expressed support for the effort, but implored the Board to do what it could to attract more people of color to teach in Piedmont. “Don’t make this a ‘one and done’” effort,” she said.

Other commenters, including members of PADC and the newly formed Piedmont Equity Group, asked the Board to reconsider its interdistrict transfer policy as a means to bring in a more diverse student body, to seek out and earmark funding for any diversity-related programming, and to update reading curriculum in the schools.

Board members recommended that Wozniak continue to seek feedback in finessing the policy in coordination with PADC and other stakeholders.  Wozniak agreed and said she welcomed more community feedback.

If you are interested in providing feedback, you can read the Board Background on BP 0415 and the Draft Board Policy. Email Assistant Superintendent Cheryl Wozniak at cwozniak@piedmont.k12.ca.us by Friday, July 3.

A second reading is scheduled for the July 7 Board of Education meeting.