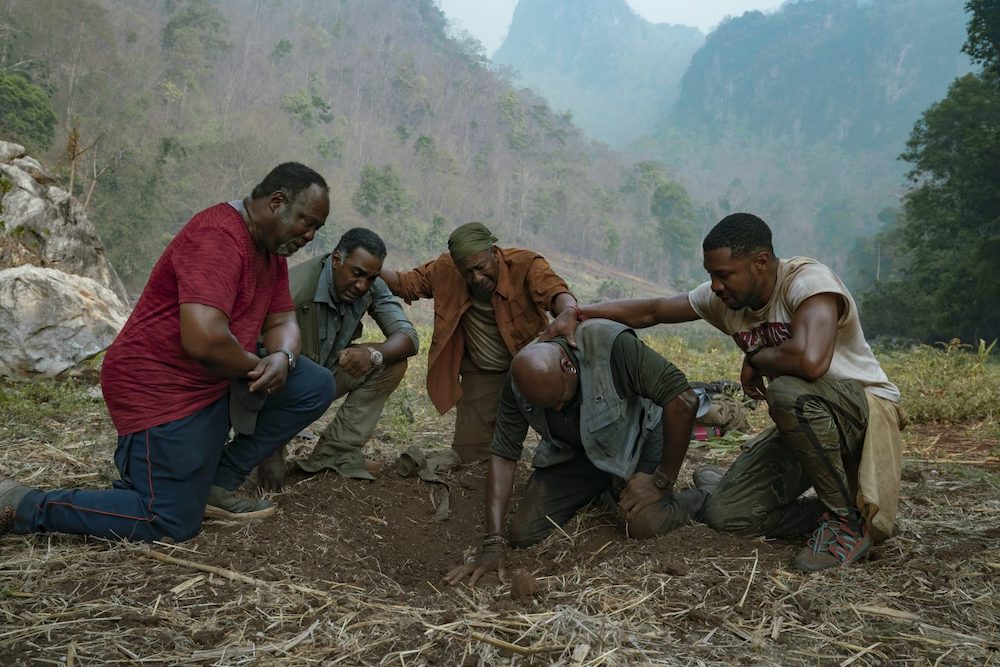 This week, our weekly Pass the Remote column spotlights seven films that reflect the ideas and concerns of the Black Lives Matter movement. Many are available for free this month.

Spike Lee, one of our finest, most daring filmmakers, follows up his provocative Oscar-winner “BlacKkKlansman” with this thoughtful action epic for Netflix.  Oakland actor/director Delroy Lindo commands the screen as Paul, one of four African American Vietnam veterans coming back to Vietnam to find the remains of their squad leader (Chadwick Boseman of “Black Panther” fame) and dig up gold that could offset their monetary problems. It’s one of Lee’s finest films, liberally using historical footage and references to Black Lives Matter to express how the struggle for racial justice endures. Part “The Treasure of Sierra Madre” and part veteran road trip movie, it’s alive and violent and deserves Oscars love, particularly Lindo and others in the cast, along with Lee.
Can be viewed on: Netflix (drops on Friday, June 12)

An Oakland rally in support of the-then jailed Huey Newton, the founder of the Oakland-based Panthers — the socialist group  founded in the mid-1960s and known for adopting radical measures to battle police brutality — is the focal point for Agnes Varda’s eye-opening short documentary. The late, acclaimed filmmaker’s 1968 film runs under 30 minutes and makes key points that resonant today. It’s available for free — as are many other titles from black filmmakers or those dealing with Black Lives Matter issues from Criterion Channel. (https://www.criterionchannel.com/black-panthers.) It makes a good companion piece with the recent feature-length documentary “The Black Panthers: Vanguard of the Revolution.”
Can be viewed here

The inspiring true story of the California football star who was sent to prison on a false rape charge benefits from another electrifying performance form Aldis Hodge. Tom Shadyac’s dramatization has its flaws and troubles with pacing, but Hodge is so good in this tale of redemption and botched justice you won’t care. It got lost in the shuffle of last year’s releases. (Available for free on various platforms.)
Can be viewed on: Hulu and Amazon Prime

Ava DuVernay’s history lesson is a timeless one, given how the U.S. Supreme Court recently hacked away at the voting rights it celebrates. David Oyelowo impresses as the late civil rights legend the Rev. Martin Luther King Jr. DuVernay’s drama delves into the political maneuvering to ensure African Americans could be heard at the polls and elsewhere. It’s a stirring and rousing film about standing up and advocating for change.
Can be viewed on: Amazon Prime

The tragic shooting death of Oakland’s Oscar Grant by a BART officer defines not just the time it happened — on the cusp of 2009 — but the current outrage over George Floyd’s death. Oakland filmmaker Ryan Coogler’s award-winning drama takes us on a journey through the final hours of Grant’s life. Michael B. Jordan is perfect in the lead role.
Can be viewed on: Tubi

“The Hate U Give”

Based on a bestselling YA novel and adapted for the screen by late San Franciscan Audrey Wells, director George Tillman Jr.’s intense family drama finds teen Starr (Amandla Stenberg in a powerhouse performance) suffering from PTSD in the wake of her friend getting shot dead — while she’s in the car — by a white cop during a routine stop. Oakland’s Russell Hornsby gives it everything he’s got in a drama that takes on the tough questions and the anger of those left behind.
Can be viewed on: Hulu and Amazon Prime

“I Am Not Your Negro”

Raoul Peck’s monumental documentary captures the eloquent observations and cleaver-like analysis of author/poet James Baldwin, one of our greatest thinkers about racism and black history. Baldwin was working on a book about the killings of three civil rights figures — Medgar Evers, Martin Luther King Jr. and Malcolm X — before he died. Peck uses that as his jumping-off board, linking what’s going on today to yesteryear. It is powerful, important and beautifully made.
Can be viewed on: Amazon Prime and https://rafaelfilm.cafilm.org/ (starts screening virtually June 12)

2 thoughts on “Pass the Remote: Seven films to watch through the lens of BLM”