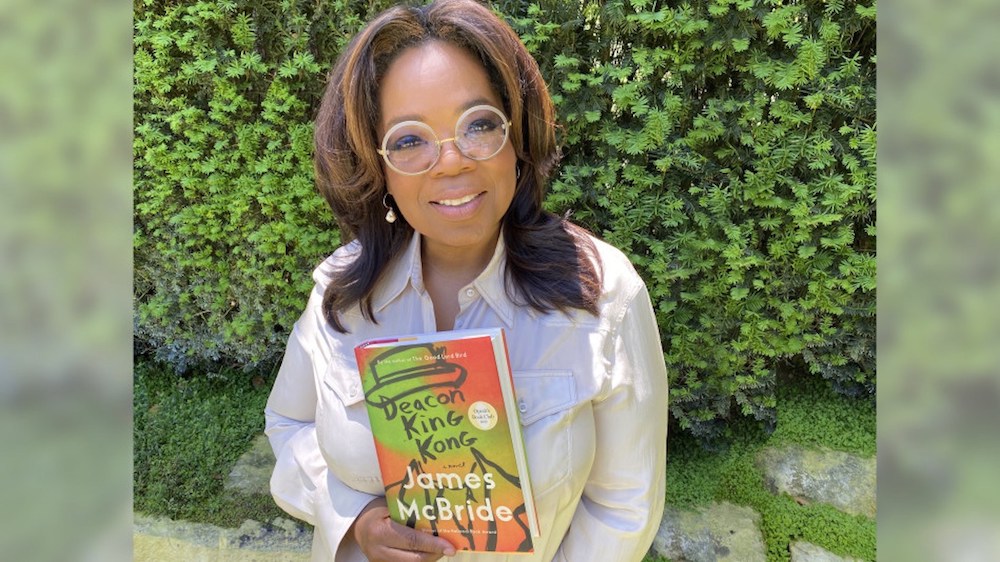 That there is power in the written word is evident, in these days of righteous rage and rampant calls for racial justice, in the surge of interest in books about the black experience in America. The bestseller lists, both nationally and here in the Bay Area, are replete with titles that reflect that.

Meanwhile, Oprah Winfrey has just announced her next Book Club pick: “Deacon King Kong” (Riverhead Books, March 3, 2020) by National Humanities Medal winner James McBride, also author of “The Good Lord Bird” and “The Color of Water: A Black Man’s Tribute to His White Mother.” And Amistad Books, a longtime publisher of black and multicultural books, this week launched a #BlackPublishingPower Initiative, urging everyone over the course of the week to purchase any two books by black authors in order to “blackout bestseller lists with black voices.”

To support that initiative, we’d like to suggest consideration of the works of some of the Bay Area’s talented writers of color, all of them award winners.

She is also the co-editor of “Coming of Age Around the World: a Multicultural Anthology” and the founder of the nation’s first travel-writing workshop for writers of color called VONA/Voices.

Adiele, an associate professor in the writing and literature program at the California College of the Arts, runs an African Book Club at the Museum of the African Diaspora in San Francisco and will be interviewing the author of a current selection, “The Dragons, the Giant, The Women,” a memoir by Liberian-born author Wayetu Moore, at a virtual Litquake on Lockdown event on June 25 at 6 p.m.

Natalie Baszile of San Francisco is the author of “Queen Sugar” (Viking, 2014), a captivating novel about a young black woman married to a basketball star who leaves her life of wealth and privilege in Los Angeles to run the sugarcane plantation in Louisiana established by her late father.

With the help of Winfrey and producer Ava DuVernay, the book became the basis for the hugely popular OWN series that announced the renewal of its fifth season last fall. It was projected to start up again in August, but COVID-19 concerns may cause a delay.

Yaa Gyasi of Berkeley’s first novel, “Homegoing” (Knopf, 2016), published when she was just 26, reaped a huge fistful of awards: the National Book Critics Circle’s John Leonard Award, the PEN/Hemingway award for first fiction, the National Book Foundation’s 5 Under 35 honor, the American Book Award, Granta’s Best of Young American Novelists and a Vilcek Prize for Creative Promise in Literature in 2020.

Set on two continents and spanning some 250 years, “Homegoing” begins in Ghana, where the lives of two half-sisters at home in different tribal villages take on radically divergent paths. The malignant legacy of slavery is a theme that is revealed from many times and perspectives in this truly stunning debut.

Gyasi, a native of Ghana who moved to America as a toddler with her parents, settling in Alabama when she was 9, has set her upcoming novel, “Transcendent Kingdom” (Bond Street Books, Sept. 8, 2020), in Alabama among a family of Ghanian immigrants struggling with addiction, depression and grief but buoyed by faith, religion, love – and the triumphs of science.

T. Geronimo Johnson, also of Berkeley, is the author of two novels: “Hold It ’Til It Hurts” (Coffee House Press, 2012), a meditation on family and race centered on one black brother’s search for his missing other, was a highly praised finalist for the PEN/Faulkner Award.

But his second, “Welcome to Braggsville” (William Morrow, 2015) all but took the country by storm, netting a National Book Award nomination and landing on the best-of-2015 lists of the Washington Post, the Chicago Tribune, Time magazine, the Kansas City Star, NPR, the Huffington Post, BuzzFeed, the Daily Beast and others.

Set in Berkeley and in the author’s native Louisiana, it’s a darkly comic satire in which four college students from Berkeley travel to the titular hometown of one of them and engage in a Civil War reenactment “intervention” that sets off a chain of events, only some of which are hilarious.

Johnson, an alum of the Iowa Writers’ Workshop and UC Berkeley, also won the inaugural Simpson Family Literary Prize in 2017, now renamed the Joyce Carol Oates Prize, a $50,000 honor that has since gone to such prestigious authors as Anthony Marra, Laila Lalami and Daniel Mason.

We recently reached out to two of these authors to find out what they are reading, what they recommend reading to put the current racial injustice protests into a helpful perspective and what they think about the potential for meaningful change it might bring.

Adiele is nose deep into Minna Salami’s “Sensuous Knowledge: A Black Feminist Approach for Everyone” (Amistad, March 31, 2020), citing the publisher’s description that the author “applies an Africa-centered feminist sensibility to racism and sexism.” She recommends books that are currently on the bestseller lists: Robin DiAngelo’s “White Fragility,” Ibram X. Kendi’s “How to Be an Antiracist” and Ijeoma Oluo’s “So You Want to Talk About Race.”

Adiele, while positing that our current circumstances are “certainly nothing new,” does see signs of hope. “Such widespread multiracial and global support does feel different,” she writes. “I personally am buoyed to see protests in Nigeria and Finland, my two homelands.” But she drily admits to be also “experiencing some solidarity statement fatigue at all the companies with horrible labor practices issuing BLM statements.” Real and lasting change, she adds, will come only “if those in power get over their white fragility, start doing the emotional work themselves and commit to long-term power sharing. We’ll see.”

Johnson, meanwhile, is next diving into John W. Blassingame’s1972 treatise “The Slave Community: Plantation Life in the Antebellum South.” He has been deep into his own research for an upcoming book on race, religion and law in America and Europe and has contributed to a film project on urban gentrification and racism that is currently in post-production.

He takes a much darker stance on our prospects of seeing meaningful change evolve from the current tumult: “Our imagined future is a much more distant horizon than many of us care to imagine,” he writes. “Unfortunately, both capitalism and American Christianity have vital constituencies that are deeply invested in whiteness.”