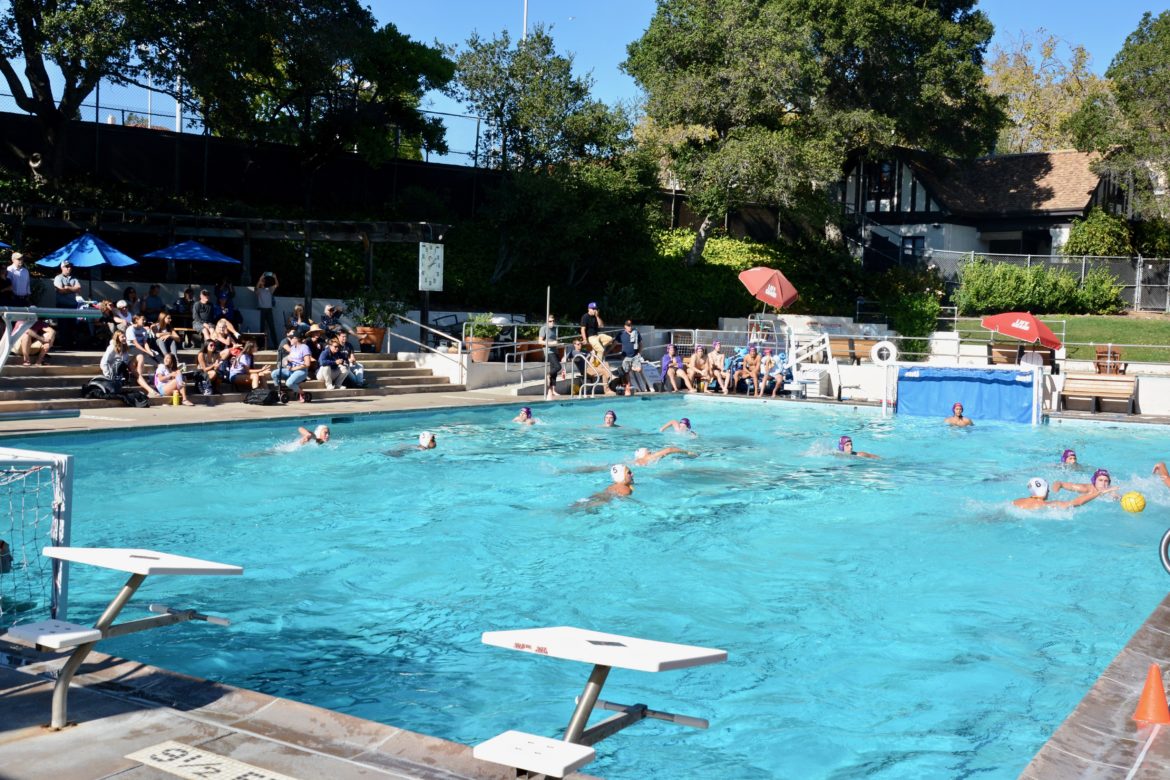 Pool serves many in the community, including high school sports, seen here as boys' water polo takes on Alameda.

PIEDMONT — With a 56-year-old swimming pool that is leaking copious amounts of both water and money, the Piedmont City Council is faced with tough choices about the pool’s future. And thanks to the pool’s continuing COVID-19-related closure, the city will have a few more weeks to make a decision.

At a special meeting Monday night, the council told staff to do a bit more research into whether the Piedmont Community Pool should reopen at all, even after Alameda County Health Department officials permit it. The council expects to decide the matter at its July 20 meeting.

That additional research, they said, should include how other cities are operating pools added social distancing, disinfecting and other COVID-19-related rules.

The city expects to lose an estimated $314,000 for the 2019-2020 fiscal year, and the city could spend more than $4 million over the next 10 years to keep the pool “marginally functional,” with significant annual operating shortfalls a virtual certainty, the city contends.

City Administrator Sara Lillevand said “The pool is becoming more expensive to operate every year, and (is) simultaneously becoming less able to serve the needs of the community,”

The pool leaks about 3,000 gallons a day, Lillevand said, 10 times what a pool that size typically loses to evaporation and other factors.

The Piedmont pool, which has been closed since March 16 because of the COVID-19 pandemic, opened in 1964. Until 2011, it was operated by the private Piedmont Swim Club. In 2011, the city assumed responsibility for the pool’s operation.

Lillevand told the council Monday night that the pool, for decades, has been too small to meet current demand of recreational swimmers, lap swimmers, swim lessons, therapeutic swimmers, and competitive swimming and water polo playing, all also vying for pool time that will only become more precious.

A handful of public speakers Monday night said the old pool is ready for burial at sea right now.

Kathleen Quenneville said the leakage of 3,000 gallons a day goes against the city’s environmentalist ideals. Hedi Gerken said she agrees with the city report outlining the pool’s problems and favors closing the pool, despite her love for swimming; she choked up as she said, “Believe me, I miss swimming more than you could imagine.”

But far more of Monday’s 30 call-in commenters and 15 emailers told the council the old pool should stay open in the short term. Several said demand for pool time is strong and will ensure maximum income. Many said they and/or their kids use the pool regularly in non-COVID times, and that the city simply shouldn’t be without a pool, even if it loses money.

Paul Jahn called the pool a “lovely, broken facility” that the community loves.

But almost all of Monday night’s commenters agreed they support building a new pool, whether or not the old one closes soon. Lynn Wright, who said she’s a loyal lap swimmer at the pool, urged a bond measure that would pay for a new facility.

“If there’s a bond measure, we have to get together and work vigorously to make sure it passes,” Wright said.

The council is expected to decide July 6 whether pool money will be part of a larger bond measure that will also include funding for new police and fire stations, among other things, or in a pool-only separate ballot measure. A 2018 report estimated the cost of a new pool at between $12 million and $15 million, and that figure has surely risen since, Lillevand said.

The pool’s physical decline has been a local topic of discussion for over two decades. Starting in 2002, the Piedmont community has launched several efforts to build a new aquatics center, most recently the “Aquatics Master Plan Conceptual Design” in November 2016. In 2018, a consultant told Piedmont officials it would cost more than $1.5 million for the needed renovations to extend the pool’s life by at least five years.

As for reopening the pool when current COVID-19 restrictions are eased, Piedmont recreation officials have created a plan.

Chelle Putzer, the city’s recreation director, said Monday night that things will certainly look different when (or if) the pool reopen, with significant adjustments to the pool schedule, fewer people allowed in the pool at any given time and more staff needed to enforce COVID-19 distancing and safety rules. That combination, Putzer said, “will likely not generate enough revenue to offset these costs.”

What won’t be back anytime soon, the city report says, is unstructured recreational swimming. The pool isn’t big enough to maintain the proper social distancing for that, a city report says.

City Council members Monday night said that, despite the overwhelming support shown by public comment, they still weren’t sure the local pool will reopen. Councilman Tim Rood said the loss of all that water every day — water that’s heated and chemically treated — is both expensive and environmentally unsound. Councilwoman Jen Cavenaugh asked whether the city could poll residents on whether they would pay more to use the pool.

And Councilwoman Betsy Smegal Andersen said, “It’s one catastrophic failure away from permanent closure … and that could be very soon.”