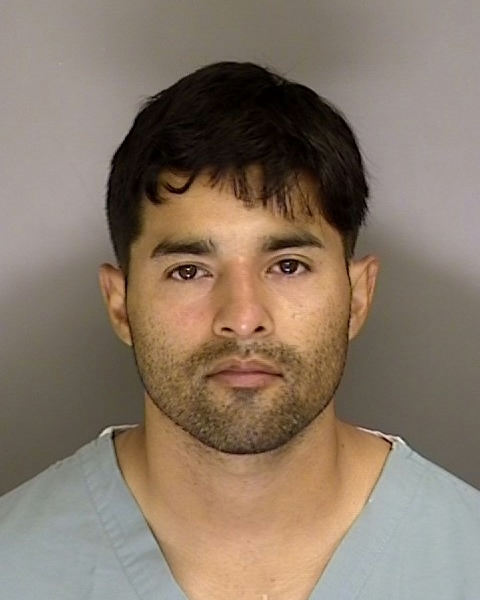 A U.S. Air Force staff sergeant accused of killing a Santa Cruz County sheriff’s sergeant earlier this month has now been charged along with an accomplice in the shooting death of a Federal Protective Service officer in Oakland last month, federal prosecutors said Tuesday.

Steven Carrillo has been charged with murder and attempted murder for the May 29 drive-by shooting that killed Officer David Patrick Underwood and wounded a second security officer outside of the Federal Courthouse at 1301 Clay St. as a large protest was going on nearby in downtown Oakland.

The shooting led to a manhunt that ended eight days later on June 6 when authorities went Carrillo’s home in Ben Lomond where he allegedly shot and killed sheriff’s Sgt. Damon Gutzwiller and injured a second deputy.

Carrillo fled from the home but was eventually shot and arrested after carjacking a vehicle, and had the rifle allegedly used to shoot Underwood in his possession, according to the U.S. Attorney’s Office.

The complaint filed Tuesday in U.S. District Court said evidence found after the shooting in Ben Lomond shows the killing of the officer in Oakland appears to be linked to the “Boogaloo” movement that seeks to incite “a violent uprising against perceived government tyranny.”

Carrillo, an active-duty Air Force member who was assigned to Travis Air Force Base in Fairfield, appears to have used his own blood to write various phrases associated with the movement on the vehicle he carjacked in Ben Lomond after shooting the deputies, the complaint states.

Justus, the accomplice in the Oakland shooting, turned himself in at the FBI office in San Francisco last Thursday and said he was driving the white van Carrillo shot out of to kill Underwood and injure the second officer.

Justus told investigators he met Carrillo on Facebook and the two arranged to meet earlier on May 29 to go to protests taking place in Oakland that day about police brutality.

The complaint said Justus said he “did not want to participate in the murder, but that he felt that he had to participate because he was trapped in the van with Carrillo.”

However, the FBI obtained records from Carrillo’s Facebook account that showed him talking about the ongoing protests being “a great opportunity to target the specialty soup bois,” an apparent reference to federal agencies with various “alphabet soup” acronyms.

Justus responded with a comment “Lets boogie,” according to the complaint.

The white van used in the Oakland shooting was found abandoned with weapons inside earlier on June 6, and that is what led authorities to Carrillo’s home in Ben Lomoond and the shootout with the sheriff’s deputies.