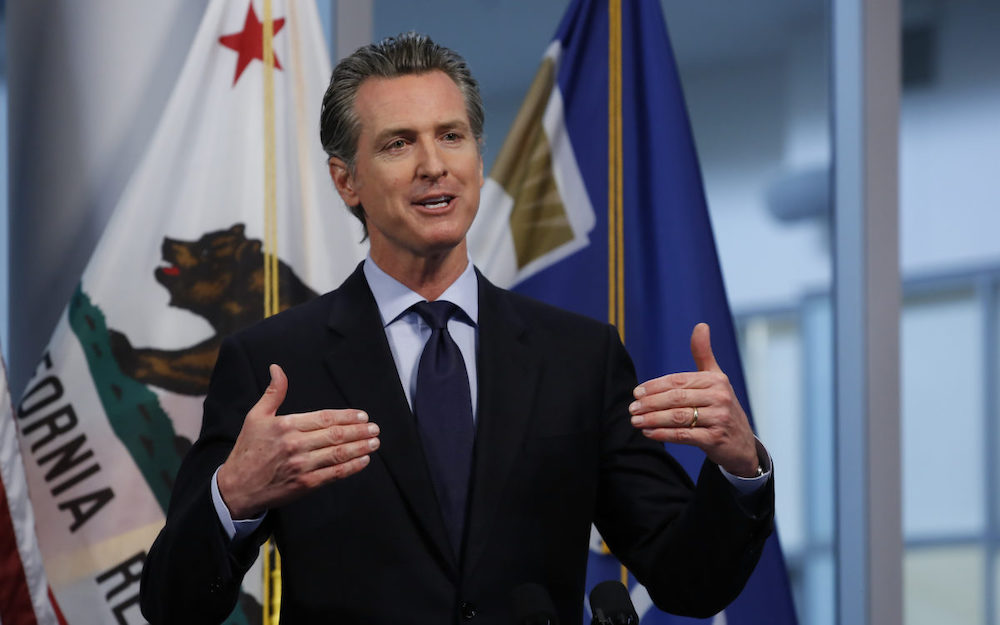 Gov. Gavin Newsom said Monday that the state must slow its process of reopening during the COVID-19 coronavirus pandemic as cases and hospitalizations surge statewide.

Newsom used the metaphor of a light dimmer switch in outlining the state’s current approach to reopening the economy as positive COVID-19 tests have increased over the last two weeks, even when accounting for increased testing capacity.

Between June 15 and Monday, the state’s 14-day average testing positivity rate climbed from 4.4 percent to 5.5 percent. Newsom also said the state’s seven-day positivity trend is at 5.9 percent. During that time, the state’s testing capacity rose well over 100,000 per day.

“Five-point-five percent is of concern,” Newsom said. “It’s not where some other states that are generating headlines are — they’re substantially higher — but we don’t like the trend line.”

Newsom indicated Friday the state’s coronavirus trend line was moving the wrong way, particularly in certain areas of the state such as Imperial County.

On Sunday, Newsom went a step further and ordered seven counties to close their bars. He also advised eight other counties, including Contra Costa and Santa Clara, to do the same. State health officials are also maintaining a watchlist of 19 counties where cases are rising the fastest, including Solano County.

In addition to the county-by-county increases in coronavirus cases, Newsom said more than 25 percent of inmates at San Quentin State Prison, as reported by the California Department of Corrections and Rehabilitation, have contracted the coronavirus.

Newsom said the state Legislature plans to hold an oversight hearing about the situation at the prison. The state also plans to release 110 inmates at San Quentin who meet various criteria such as being convicted for a non-violent offense and not being a sex offender.

“The challenge is, only 40 of them have a place to go,” Newsom said. “So, the question is do you make a bad situation worse by releasing someone that’s not ready to be released because they don’t have a place to stay.”

Health officials across the state have confirmed 216,550 cases, including 5,936 deaths, as of Monday. Additionally, 4,776 people are hospitalized in the state with the coronavirus and 1,465 are in intensive care units, according to state data.