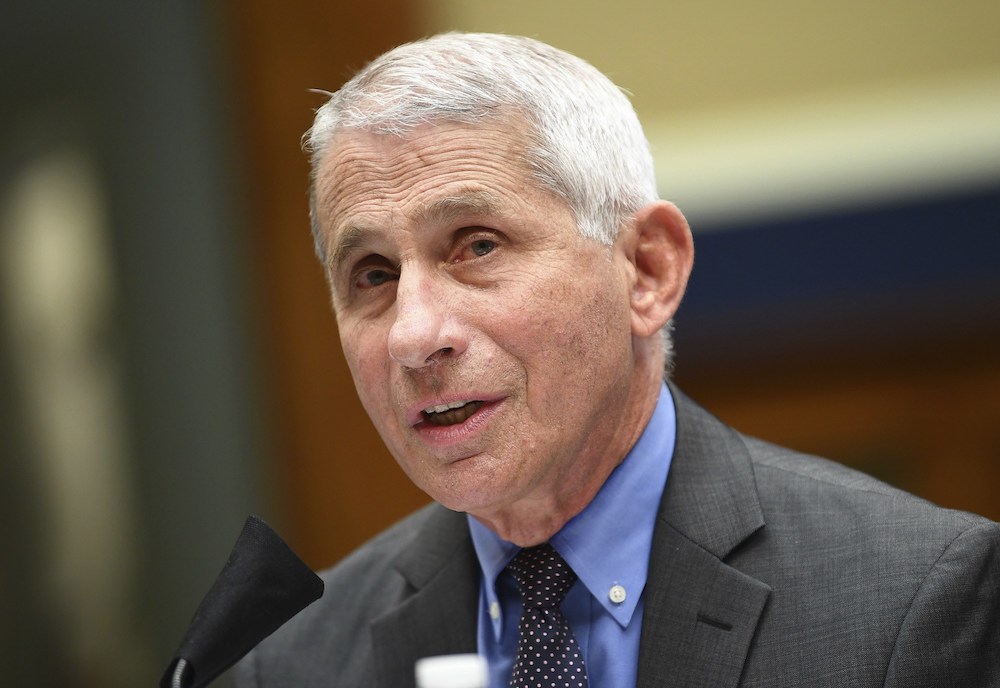 Dr. Anthony Fauci, director of the National Institute of Allergy and Infectious Diseases, testifies during a congressional hearing on Capitol Hill June 23, 2020.

Dr. Anthony Fauci, a leading public health voice in the coronavirus pandemic, gave California a pat on the back Wednesday, complimenting the state’s handling of its reopening — even amidst some public pushback.

California has been mostly ahead of the curve in its response to the pandemic, he said. But like many states, it is running into a disconnect among people ready to be out.

Fauci said a responsible reopening not only falls on the shoulders of the governor and local leaders, but also on the public — including young people.

“From the leadership that I’m seeing, it’s being done correctly,” Fauci said about the state’s reopening. “But there’s a difference of when you open up…and what the people of California do in response to that.”

Some people, particularly those who are younger, may think that opening means “black or white, either no restrictions or locked down,” he said.

His message to young people: “Although you think you may not be as vulnerable to the serious consequences of getting infected …you’ve got to realize that you’re part of a dynamic pandemic process,” he said. “You getting infected, even though you don’t realize it, is propagating the continuance of the outbreak.”

Fauci said that California’s spike in cases has been less dramatic than the recent uptick in Florida, for example, but it will take residents’ cooperation to avoid surges.

“Californians have risen to the occasion on social issues so well in the past,” Fauci said. “You’ve been the leaders in the country in those things. This is an issue that really has social responsibility associated with it.”

Newsom said Wednesday that while hospitalizations, a key data point that influences the reopening of California, have been increasing, the state’s hospital system has been preparing for potential surges. He did not indicate plans to pull back on reopening, but rather continued to urge people to wear masks, wash their hands and keep their distance from others.

Fauci said that while going back on lockdown is always a possibility, he doesn’t think California is at that point.  “Now you may need to stay where you are and impose a few more restrictions, or maybe back up a little, but again, just like you don’t want to open in an all or none, you don’t want to start locking down completely,” he said.

Like Newsom, Fauci instead emphasized the importance of social distancing when possible and wearing a face covering, despite the polarization such policies have created. Last week, the state said all Californians must wear a face covering when in public, after weeks of only recommending their use.

Fauci acknowledged there was some mixed messaging about face masks in the beginning of the pandemic, when masks were in short supply and were reserved for health workers. But made-at-home face coverings also work in reducing the spread of respiratory droplets that carry the virus, and should be used when near others, he said.

“Plan A is don’t congregate. Plan B is that if you do congregate wear a mask and keep the mask on all the time,” he said. And to those who view masks as a political statement, Fauci said: “Forget the politics. Look at the data.”