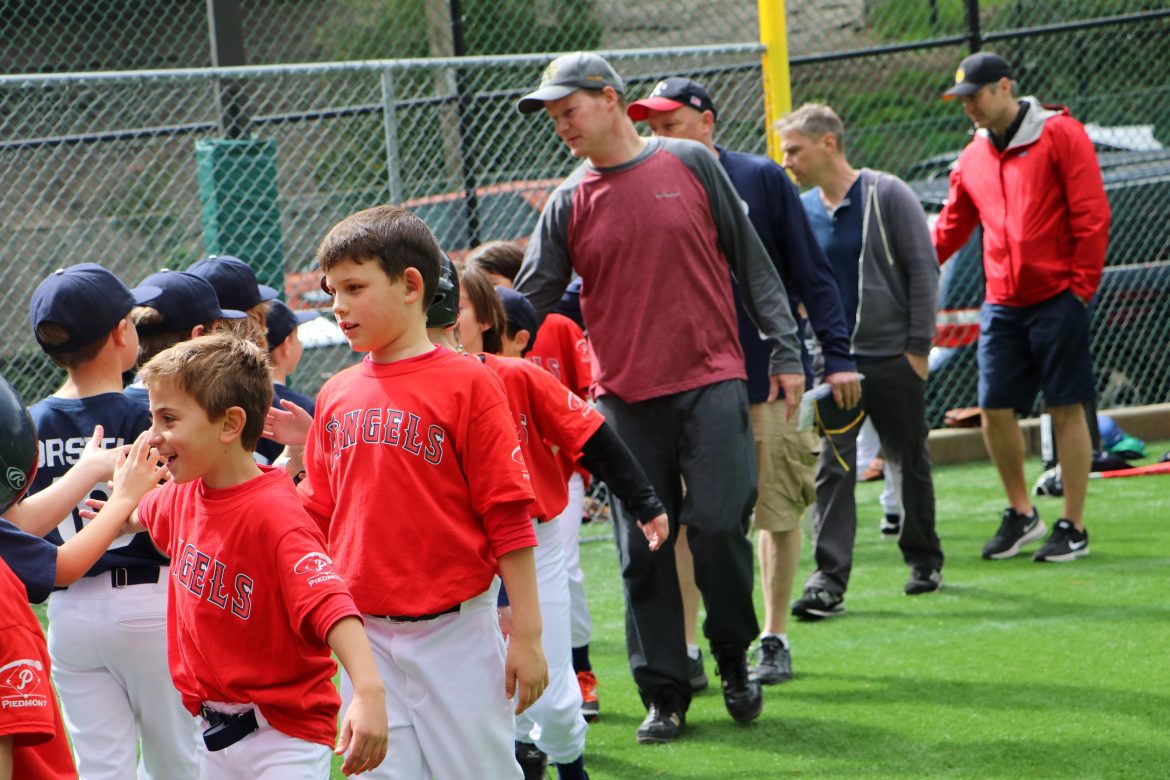 Opening Day for Piedmont Baseball Softball Foundation (PBSF) Pony and ASA leagues was March 7. Parents and kids filled the gymnasium for the ceremonies featuring new Piedmont Recreation Director Chelle Putzer. Then, the players headed out for games at fields all over town.

“We followed the school’s lead,” PBSF president Mike Bishop said, referring to area high schools which saw seasons suspended in March. “PONY national then came out and said you should call off practices until maybe the end of March.”

Bishop added, “This word unprecedented is being overused but truly I’ve never seen anything like this. It’s really kind of tough becaue kids love to be around their peers and they love sports. So now it’s a struggle to get them to go outside. A lot of people around here don’t have big backyards where they can play with their siblings. And with the parks closed, they don’t have that option. It has been a challenge.”

PBSF organizes youth baseball and softball leagues for kids aged 4-14. About 500 kids get a chance to play, with about 75 percent of them in the baseball programs. Coaches and umpires are trained long before the season starts, and players are evaluated every December with teams formed in January.

The season was scheduled to end on May 18.

Bishop said he’s hoping the pandemic subsides and maybe some clinics and informal games could be organized. That’s based on groups of about 30 being allowed to gather at a park. It’s all up in the air at the moment.

Normally, PBSF doesn’t schedule summer games because, as Bishop said, “kids migrate” during the summer. But at the moment, nobody knows what programs will be available for young baseball and softball players this summer. And California Governor Gavin Newsom suggested at a press conference during the week that schools could be in session during the summer to make up for lost classes during the spring.

PBSF also runs a fall program after the start of the normal school year.

Bishop said much of the money from registration fees is spent before the season starts, to purchase equipment and uniforms. The Foundation also pre-pays for field use. Bishop said a refund from the Piedmont Unified School District has been discussed.

“All the parents have been great,” he said. “They totally understand.”

Mainly, Bishop is hoping, like most, that the pandemic will pass and recreation opportunities will open up again soon.

“When we look forward, we’re hopeful to get some summer activities – pickup games and clinics and move forward with a fall season,” he said. “But obviously we’re going to be monitoring the situation and making a determination.”