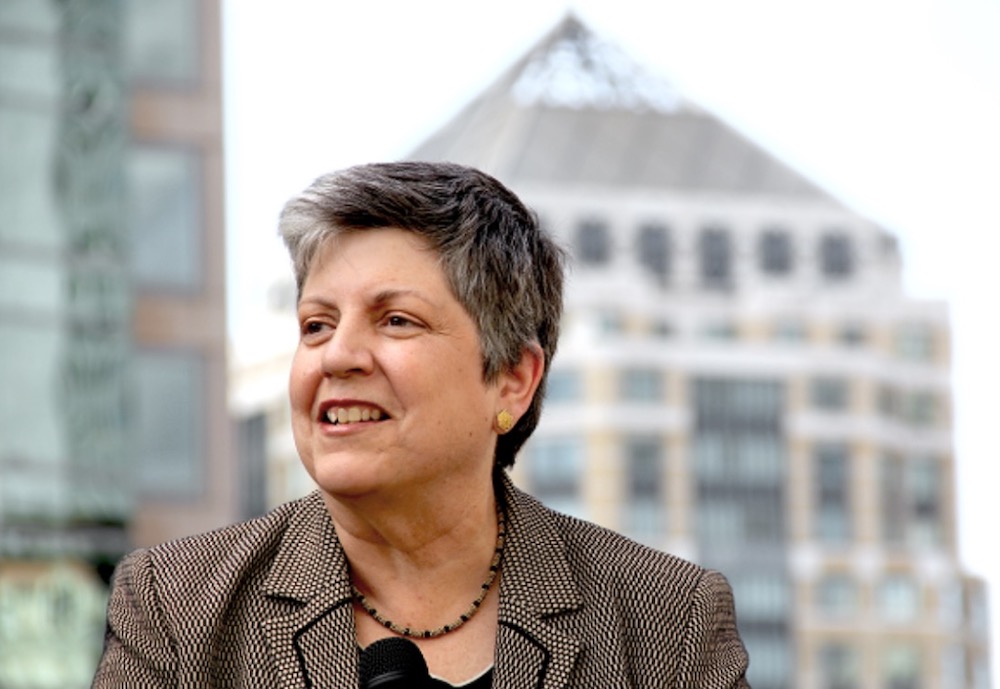 With a proposal that could shake up the standardized testing industry and also antagonize some faculty, University of California president Janet Napolitano on Monday said undergraduate applicants should not be required to take the SAT or ACT through at least 2024 and maybe forever if the university can not develop a replacement exam.

Her plan calls on UC to create its own entrance exam “that better aligns with the content UC expects applicants to have learned and with UC values,” according to a statement on the agenda for a UC regents meeting next week. The regents are scheduled to vote May 21 on the future of standardized testing for freshmen admissions, a hotly debated issue that focuses on whether the SAT and AC hurt or help the college entrance chances of low-income and some minority students.

Students who are now high school juniors and will apply for fall 2021 entrance to one of UC’s nine undergraduate campuses already are excused from taking those exams. That requirement was suspended last month after high school classes switched statewide to online due to the coronavirus emergency and testing dates were canceled.

But Napolitano’s new recommendation goes far beyond that move and also partly goes against a UC-wide faculty vote that sought to have the tests re-instated for fall 2022 entrance because the exams scores are seen by them as able to better predict college success for wide populations of students, including minorities, than high school grades can. Test opponents say the exams are biased against low-income and black and Latino students.

Napolitano proposes that test scores from the SAT or ACT remain optional for students looking to apply for fall 2022. Then, for the following two years, until 2024, campuses “will not consider test scores for admissions selection at all, and will practice test-blind admissions selection,” relying mainly on high school grades and other factors, the plan said.

Starting soon, UC should start to identify a replacement test, modify an existing one or create an entirely new one that demonstrates “college readiness for California freshmen.” The goal is to start offering that new test for fall 2025 entrance.

If UC is unable within five years to develop a new test that meets its needs, Napolitano’s plan says that UC “will eliminate altogether” the use of standardized tests for California residents. Applicants from other states or nations may still be required to submit SAT or ACT scores if a new exam is not developed, however.

In the past, some education experts have suggested that the Smarter Balanced Assessment exams, now used to identify California students’ proficiency in high school subjects, be adopted for college entrance purposes. While Napolitano raises the possibility of a modified Smarter Balanced test, her plan seems more focused on a new exam for California applicants, partnering to develop it with the 23-campus California State University system.

A new test would provide feedback to high schools about students’ performance in a range of academic subjects, “it can potentially lead to increased academic rigor in high school courses generally, thereby ensuring that all students — not just those identified as college-bound — have access to a rigorous academic curriculum,” according to the agenda item. The current SAT and ACT “are clearly not linked” to high school studies, it says.

Napolitano, who is scheduled to leave the UC presidency by August, staked out a position that could put her partly at odds with the UC faculty leadership. The regents themselves have appeared divided on the matter, although it is unlikely that Napolitano would have made her plan public without garnering prior support from many regents.

Last month, the UC-wide faculty Senate’s leadership voted to support the reinstatement of standardized testing starting for fall 2022 entrance, presumably well after the current health crisis is over, and to keep the exams for at least five years. Then UC should study the value of the tests again, the faculty body said. Admissions now relies on a combination of high school grades and test scores, along with extracurriculars and some factors of family circumstances.

That faculty group supported an influential faculty task force report issued in February that called for the tests to be retained. The task force argued that the exams are good predictors of college success for low-income and some black and Latino students and that high school grades alone are not sufficient to judge candidates. But the report also suggested that UC might create its own test within nine years.

UC faculty Senate chair Kum-Kum Bhavnani told EdSource Monday that Napolitano’s proposal presents “some areas of agreement and some areas of departure” compared to the faculty plan. She said many faculty members will be pleased about the idea to create a new exam, even if Napolitano’s timetable for that would be much faster than the nine years discussed in the faculty report.

However, the faculty Senate would likely not be happy with Napolitano’s suggestion that the standardized tests be dropped as a requirement if a replacement test is not in place within five years, said Bhavnani, who is a sociology professor at UC Santa Barbara. Faculty leaders may ask that the testing requirement be suspended for an additional year, until fall 2023 admissions, because of lingering coronavirus complications. But Napolitano’s plan of going test blind in 2023 and 2024 will be examined, she said.

Other faculty experts have insisted that the faculty task force report is wrong and that the standardized tests are inherently biased against low-income students and some minority students. Plus, they point to the costly test preparation classes that more affluent applicants can afford to take, but are out of reach for families without the means to do so.

Napolitano and the Academic Senate agree on one important item: eliminating the essay writing portions of the SAT and ACT. That writing test is in effect a supplement to the regular standardized tests and has been dropped by most other universities. While disagreeing on other things, both the UC president and the faculty say that the writing test has become an unnecessary burden for students because no UC campuses actually use those scores in reviewing applicants and very few other colleges do.

A leading opponent to the SAT/ACT requirements praised Napolitano’s plan. In a statement released Monday, Michele Siqueiros, president of the Campaign for College Opportunity, an organization that works to expand college access and has criticized the tests called the new proposal “a critical step toward creating a fairer process that will yield a UC student body more reflective of the California we live in.” She urged the regents “to make history” and vote for it.

The College Board, which sponsors the SAT, and the ACT organization did not respond to EdSource requests for reaction. California students comprise a very large share of their test-taking customers and both organizations could lose significant income and national influence if Napolitano’s plan goes into effect.

In December, civil rights organizations and the Compton Unified School District filed lawsuits demanding that the UC stop requiring that applicants take the SAT or ACT entrance exams for freshman college admission. The lawsuits, filed in Superior Court in Alameda County, contend that the test mandate “systematically and unlawfully denies talented and qualified students with less accumulated advantage a fair opportunity to pursue higher education at the UC.”