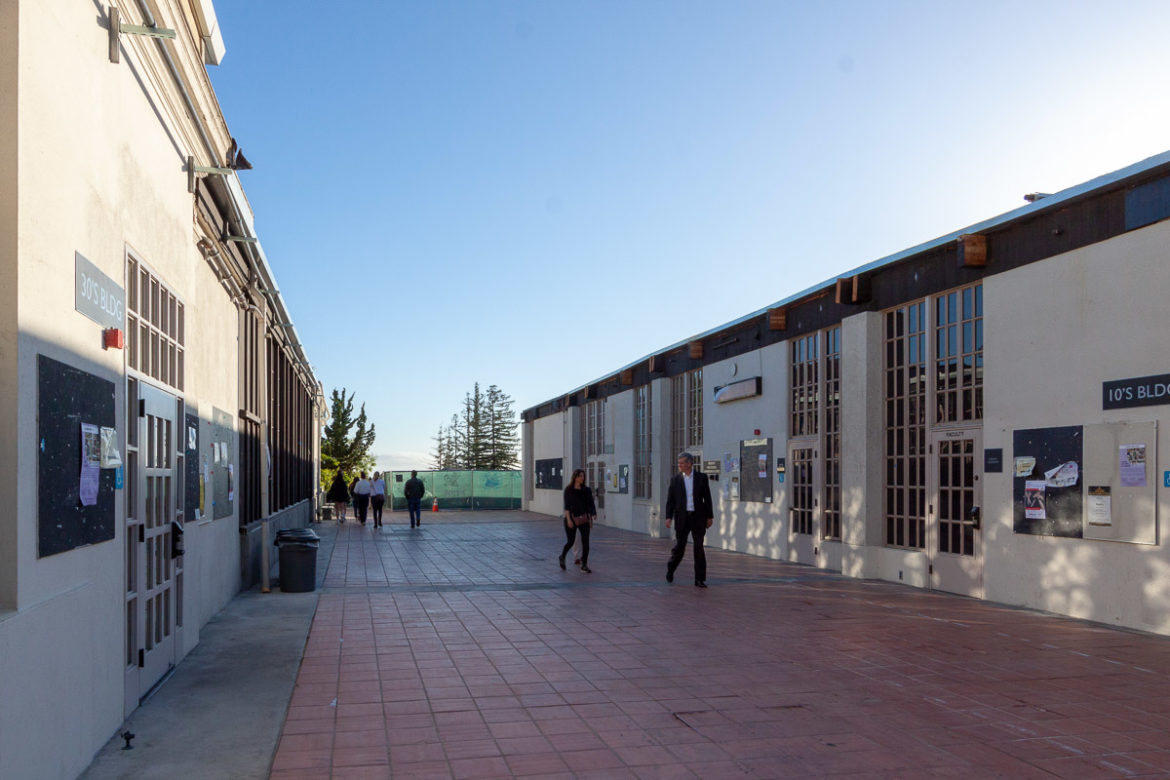 The 10s Building on the right side of the high school breezeway will be demolished to make way for the theater space.

Even as the STEAM building project continues to move toward completion on time and on budget, on Wednesday night PUSD School Board members will consider whether or not to proceed with the second phase of H1, the construction of the new performing arts / Alan Harvey theater building. In a memo prepared by Supt. Randall Booker for the Board, he addresses concerns about cost and the need to preserve the 10s building for probable social distancing requirements during the next school year (pending Alameda County health guidelines), but also outlines the significant financial and logistical implications of putting the project on hold per an assessment by the Facilities Steering Committee. (See item VIII.B Consideration Whether to Proceed With the Performing Art Center/New Alan Harvey Theater Project)

According to the memo, the Committee recommends that the project move forward “without delay.”

The Board is expected to discuss the assessment and make a decision soon regarding whether or not to move forward.

You can read the PUSD School Board agenda in full here. The meeting starts at 7 p.m.; this item is scheduled for 8 p.m. All Board meetings are now held via Zoom, the links can be found here.

Residents should know there are two ways to make public comment at the prescribed time near the beginning of the meeting, or in extended public comment after each agenda item. The Board President will introduce the allotted period of time for Public comments, organize the comments, and indicate who will be speaking next.