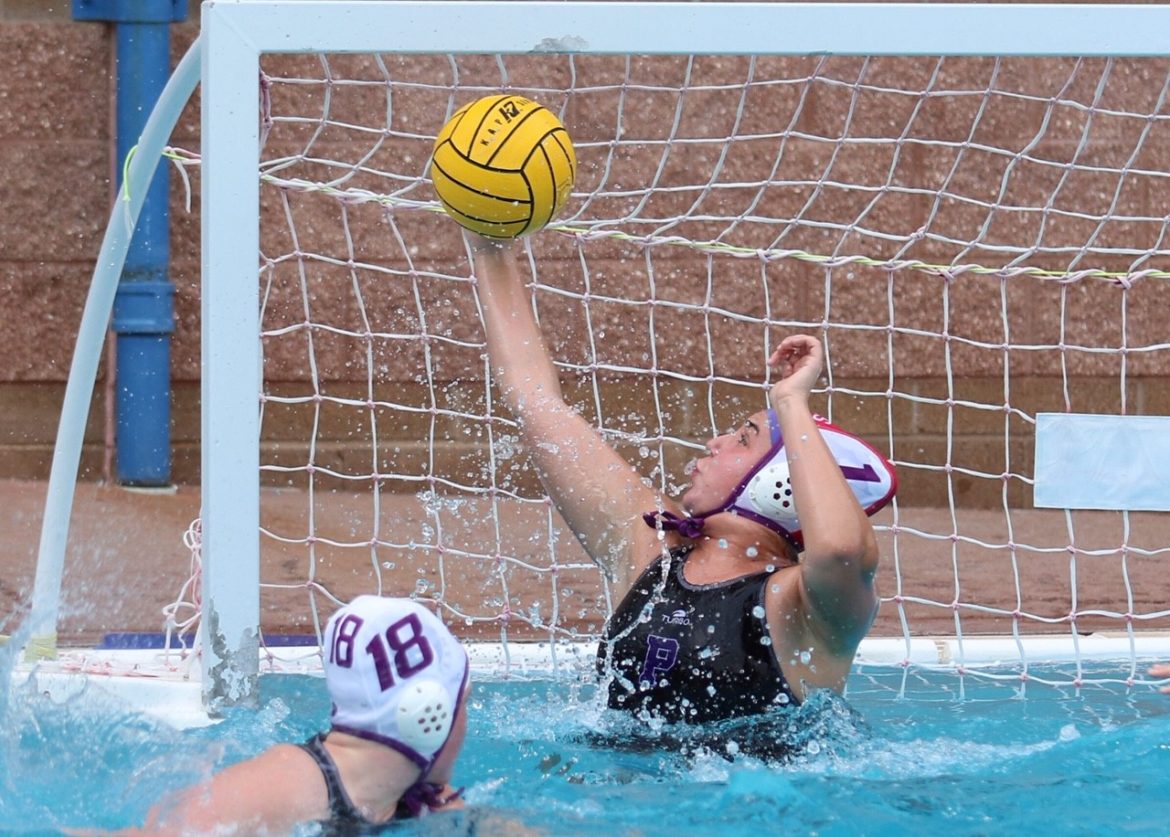 Julia Pappas makes a save

Honestly, Julia Pappas really misses the chocolate milk. She and her Piedmont High School swimming teammates would have it as a treat before and after practices and meets.

“Chocolate milk was the pre-game and post-game drink of choice,” she said.

She doesn’t only miss the chocolate milk, of course. Like all Highlander senior athletes, Pappas had her high school career come to an abrupt halt when the COVID-19 pandemic ended all in-person school activities in March.

“We were in swim season and we just kept going to practice every day,” Pappas said. “We hadn’t had one meet. We went out to practice one day. The head lifeguard came out and told us that if our parents had any questions they could ask.”

The team’s first meet was supposed to come on a Friday against Berkeley. School was canceled on the Thursday before.

“Once they extended the shelter in place to May 1, I realized I’m probably not going back to school,” she said.

Pappas played water polo and lacrosse in addition to swimming during her high school career. She played lacrosse growing up.

“I think I was playing lacrosse because my twin brother and older brother played,” Pappas said. “I guess this is what I’m supposed to do.”

Entering Piedmont High as a freshman, she decided to try water polo. She knew how to swim but had never done any competitive water sports. The older players had some advice for her.

“I remember a senior said to me, ‘Don’t drop out your first week,’” Pappas said. “The first week is so hard but after that it’s so much fun.”

She added, “It was the best decision of my life.”

Pappas continued to play lacrosse through her sophomore year, but she found she wasn’t having quite as much fun. So as a junior, she made the switch to swimming. She said dropping lacrosse was “really sad,” but she made the right decision.

“It’s just so fun,” she said. “I love the events I swim (100-meter freestyle and backstroke). It wasn’t necessarily to beat my time, but I was looking to get in good shape and have a good time.”

And she really misses it – not just for the chocolate milk.

“It’s definitely sad that the pool is not open,” Pappas said. “I would be there every day.”

Pappas said she also was really bummed that she didn’t get to go on the Piedmont Community Church’s annual spring break trip to Mexico, where students build houses for needy families. Pappas had gone the previous three years and was going to be a leader this year.

“That trip is very special,” she said. “We had a great team. We had already designed our sweatshirts. It’s a time when all the labels are dropped. Everyone drops their cool card. Everyone is such good friends. God, it’s so sad that were not going.”

Pappas is going to stay close to home next year, attending and playing water polo at Diablo Valley Colllege. That’s in part due to the pandemic, but she also had been considering DVC for a while. She said she knows some people might look down at somebody going to a junior college, but she doesn’t care. After two years, she’d like to transfer to a UC school.

“No one has any idea what the fall is going to look like,” she said. “I think next year, I will be the happiest if I’m at Diablo Valley College.”