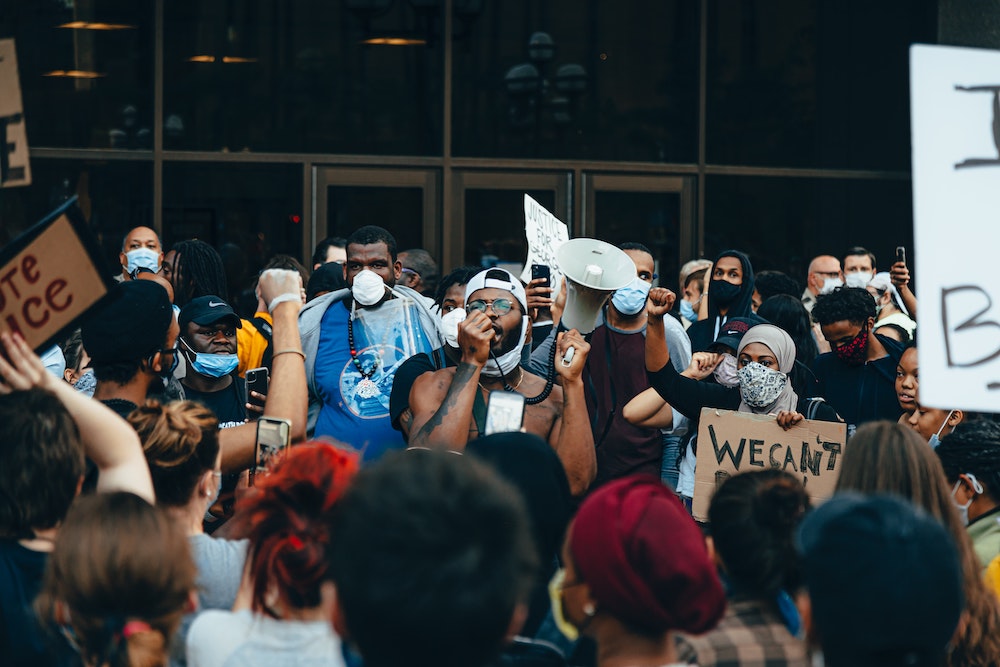 One of two federal officers shot at the Ronald V. Dellums Federal Building in downtown Oakland Friday night has died, according to the FBI.

The officers were shot about 9:45 p.m. by someone firing from inside a vehicle outside the building, at 1301 Clay St. The shots hit two contract security officers for the Federal Protective Service of the Department of Homeland Security, according to a statement from the FBI on Saturday morning.

One was killed and the other was injured. The condition of the surviving officer was not released. The slain officer’s name was not released. Although the incident happened while a large protest was taking place nearby in downtown Oakland, authorities have not said whether it was connected. The shooting is under investigation.

The Oakland Police Department Saturday morning released preliminary information on arrests and other incidents related to protests Friday night that turned destructive in and around downtown Oakland.

One person was cited, and one vehicle was towed.

After the protests turned destructive Friday night and into Saturday morning, Oakland Interim Police Chief Susan Manheimer released a statement via the police department’s Twitter account pleading with demonstrators to remain peaceful and respectful. Protests and demonstrations have erupted across the country in recent days following the death of George Floyd while he was in police custody in Minneapolis on Monday.

“They started out peaceful, and we stood with our community here in the city of Oakland to provide safe spaces and respectful spaces for demonstrators,” Manheimer said. “What we saw later on in the evening turned violent and disruptive.”

Manheimer called on demonstrators to respect the memory of Floyd and to be respectful of downtown businesses, which have been hit hard in recent months due to the COVID-19 coronavirus pandemic. Oakland police reported Friday night several officers were injured when demonstrators threw projectiles.

As Friday night wore on, police deemed some of the demonstrations as unlawful. “We saw damage and destruction in the city,” Manheimer said. “We will be back at it tomorrow, we stand with our community, and we want to ensure that everyone who comes to the city of Oakland is peaceful and respectful.”

Floyd, a black man, died after Derek Chauvin, a white police officer, knelt on Floyd’s neck as Floyd was handcuffed and lying facedown on the ground. Chauvin and three other arresting officers involved in the incident were fired the next day, and on Friday, Chauvin was charged with third-degree murder and second-degree manslaughter.

Oakland police spokeswoman Johnna Watson said in an email the police department is continuing to collect information related to the demonstrations Friday.