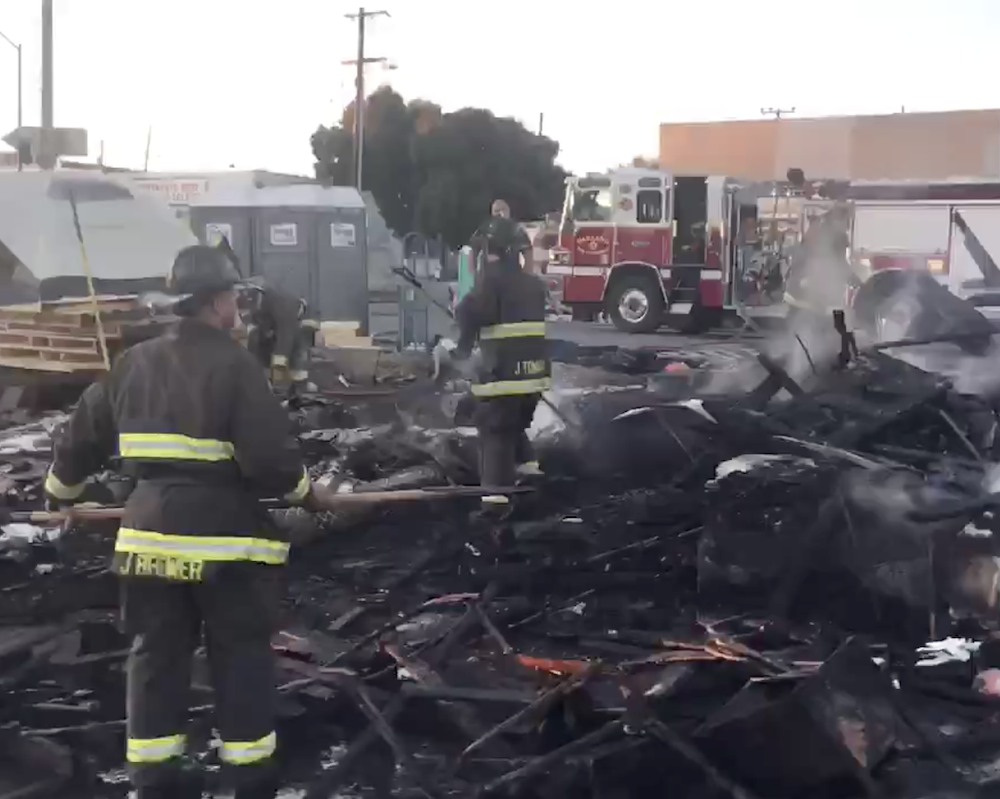 Oakland Fire Department crews put out a fire Sunday night at a homeless encampment west of International Boulevard that firefighters said could have spread to nearby buildings if not for the quick response by those crews.

The fire in the encampment near the intersection of East 12th Street and 17th Avenue, near where 16th Avenue crosses over Interstate Highway 880, was reported about 7:30 p.m. Sunday. It sent thick black smoke over the nearby neighborhood.

No one was injured, firefighters said, and the cause of the fire is under investigation.

“What we know is that there is a strong likelihood this fire would have spread to other structures without a swift response by these crews,” the fire department said on social media.