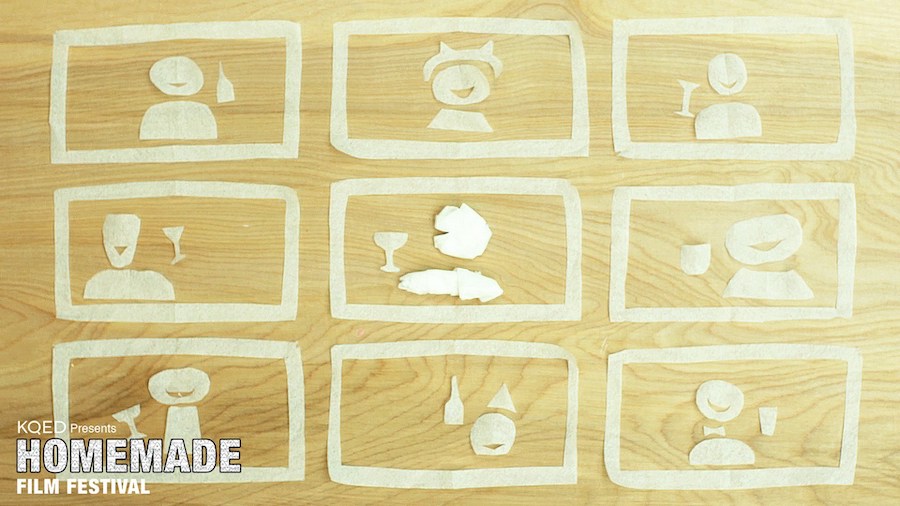 An animated short film that follows a piece of toilet paper living in quarantine has been named winner of the first-ever KQED Homemade Film Festival.

“Two Ply Over the Cuckoo’s Nest,” created and directed by Oakland animator Kate J. Miller, was the top pick among six short films shown in a weeklong online broadcast on KQED’s main YouTube channel. The festival attracted more than 500 entries.

“Kate J. Miller’s toilet paper recreation of our SIP realities makes you smile and laugh, and that’s something we all crave,” said Local News Matters film critic Randy Myers, who served as guest judge for the festival.

“Every aspect of ‘Two Ply’ — from its coy title to its wild TP animation — ever so perfectly encapsulates what it is like to work and live at home,” said Myers, who also writes for Bay Area News Group and is the former president of the San Francisco Bay Area Film Critics Circle.

Miller, a self-taught artist and stop-motion animator, said she chose toilet paper as the theme and medium for her 80-second film because people can relate to the inherent humor in stockpiling toilet paper during a pandemic.

“I hope viewers will find a bit of joy and amusement in watching ‘Two Ply Over the Cuckoo’s Nest’ during these otherwise unsettling times,” Miller said. “It is important to find ways of processing our thoughts and emotions. For me, a little comedy is hugely beneficial, as I am sure it is to many others.”

Miller began sculpting clay at a very young age and grew up with a love of film, acting and puppetry. For the past 10 years, she has been producing her own animated short films and is currently in production on “The Pirate Grace,” a stop-motion film based on the true story of Irish pirate chieftain Grace O’Malley. Miller enjoys spending her time behind the camera, building sets and moving puppets around miniature worlds.

Homemade Film Festival guidelines required submissions be no more than 10 minutes in length and produced at home by California residents.

In announcing the festival earlier this spring, KQED said: “All of us — our state, our nation, our world — are surviving by connecting through our small screens.

“Authenticity is what speaks to us, and what could be more authentic than our modern folktales of ‘the now’ — raw unpolished, honest and real.”