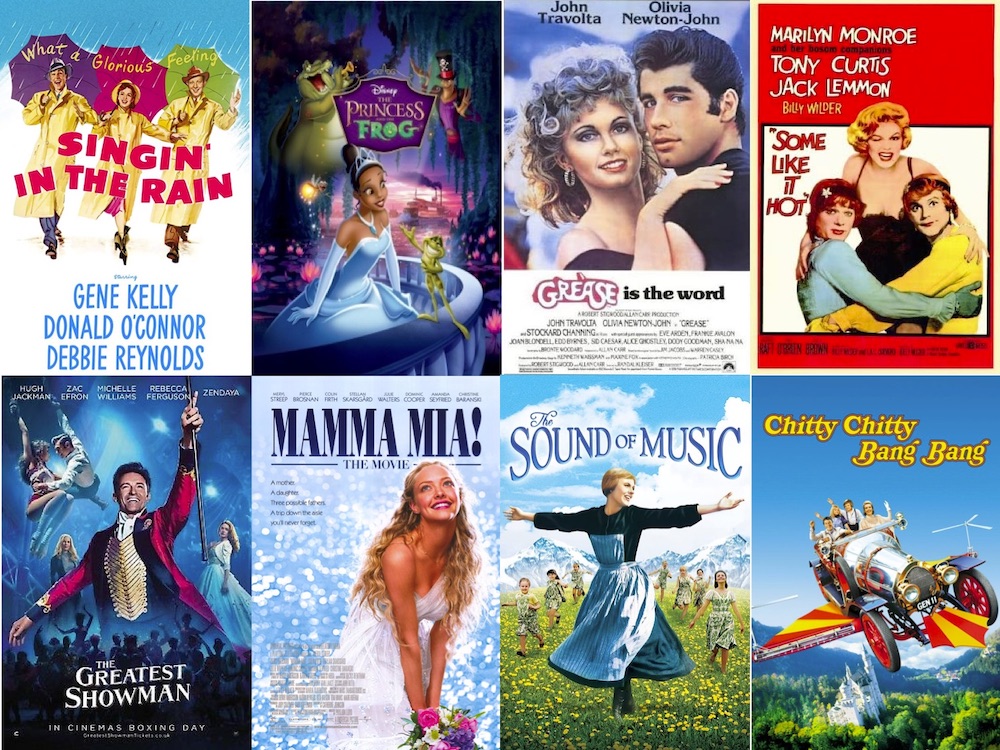 As we spend more and more time inside, we could all use a pick-me-up and what’s better than some song and dance? We’ve searched popular streaming services for our favorite musicals, old and new. So sit back, relax and enjoy the shows.

The Actors Fund: Stars in the House

Rogers and Hammerstein, Brandy, Whitney Houston and Whoopi Goldberg — what’s not to love? Even our mothers with their nostalgic affinity for the 1965 TV version with Lesley Ann Warren, Celeste Holm and Ginger Rogers admit this 1997 Cinderella cast dazzles. Click here to watch: www.youtube.com/watch?v=Fk9uuD86ufk

The MTV production on stage in full — you can even sign along with all the rest of the choir nerds: www.youtube.com/watch?v=RiX-EJA8n4w

For one night and one night only…The Rosie O’Donnell Show: Broadway’s Biggest Stars…At Home! Join Rosie and Broadway stars as they chat and sing. It’s a time investment – run time is 3 hours and 30 minutes – but a lot of fun! Click here to watch: www.youtube.com/watch?v=sePAgItK9sM

Also this handy reference from Playbill: Classic Movie Musicals to Watch While Quarantined is a quick and easy list of dozens of hit musicals, some mentioned above and some more obscure, along with links to ways to watch.

Please note, some of the older musicals may contain scenes that display outdated social attitudes.