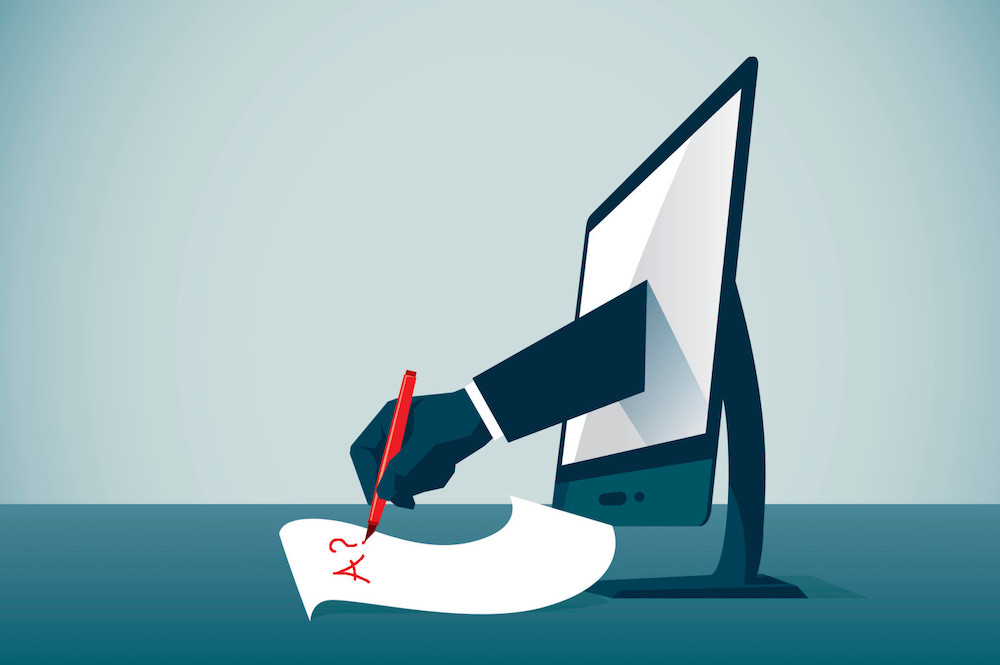 California schools have come up with a variety of approaches to grading students during distance learning.

Officials in the Lammersville Joint Unified School District had to make a decision about grading policies.

They’d read the state’s guidance imploring that students’ grades shouldn’t fall below the marks they had before California’s mass school closures in mid-March.

They heard from teachers who questioned how older students would remain engaged in their classwork without the incentive of letter grades.

And while California’s two public university systems said they would honor credit/no credit marks for admission, leaders in this San Joaquin County district a half-hour west of Stockton were unsure whether out-of-state universities would make similar exceptions, potentially hampering their students’ postsecondary options.

So, after intense discussions, the Lammersville district decided to let high school students have the final say: At the end of the school year, they can either choose letter grades — as long as they finish with a “C-minus” or higher — or they can accept credit/no credit grading that will be the standard for younger students.

“We thought this gave us the best flexibility to meet students’ needs while holding students harmless,” said Heather Sherburn, a Lammersville assistant superintendent who oversees curriculum and instruction.

As California’s K-12 students finish the year under distance learning, one of the thorniest logistical questions for schools has been how teachers should issue grades for kids stuck at home.

A significant portion of the state’s 6 million students lacked computers and internet access when schools began distance learning, raising concerns that the usual system of letter grades would further disadvantage students who have greater difficulties staying engaged in schoolwork. Many students and families have also lobbied to keep some semblance of letter grades, arguing a pass/fail system isn’t fair to students with high marks.

One thing is clear: Expect to see changes for the overwhelming majority of California students’ report cards at the end of the school year.

As with most other remote learning logistics, there are many wrinkles in how the state’s schools will grade students for their work.

A majority of the school districts 102 examined by CalMatters (below) have said they will issue credit/no credit grades, taking advice from the California Department of Education.

Some elementary districts, pointing to concerns about fairness, have opted to forego formal grades altogether. Many have given assurances that grades won’t dip below what they were when schools closed in mid-March. A few districts, such as the Elk Grove Unified School District, say they will continue to issue regular grades.

Students at Northwood High School in Irvine had begun to feel overwhelmed with the prospect of having to complete coursework from home after campuses physically closed.

Colman Sun, a junior at the Irvine Unified high school, began receiving multiple day’s worth of assignments from his teachers, adding stress to an already rigorous course load of Advanced Placement and honors classes.

Classmates faced similar stresses, Sun said, as well as other potential barriers – such as no internet, technology or lack of a stable home environment – that made it more difficult to keep up with distance learning.
So, the 11th grader successfully lobbied the Irvine school board to temporarily switch to credit/no credit grading.

“I think grades are a very superficial representation of what matters right now,” Sun said. “What really truly matters in these times is unity, mental health and being there for each other.”

In Los Angeles Unified, the nation’s second-largest school district, no student will receive an “F.” While students will be able to boost their grades through distance learning, Superintendent Austin Beutner said in a recent address that students’ grades won’t fall below the marks they had prior to school closures.

Alex Caputo-Pearl, president of United Teachers Los Angeles, said the district made the right call, noting in a message to members that more than 80% of the district’s students are socioeconomically disadvantaged and might lack the technology or space to keep up with classwork at home. But Caputo-Pearl acknowledged concerns from some teachers who questioned how students will be motivated to continue classwork from home without the accountability that comes with letter grades.

Many students across the state are under extraordinary circumstances, lacking space at home to do work or having to care for younger siblings. Though the state has no formal mechanism in place to monitor student attendance and engagement through distance learning, thousands of students in the state’s largest districts remain unaccounted for, according to Politico.

“In the unprecedented circumstance of students trying to learn at home, it is the equitable, racial justice and educational justice-focused thing to say that grades cannot be lowered past March 13,” Caputo-Pearl said.

San Francisco Unified’s Board of Education decided that its schools will switch to across-the-board credit/no credit grading for secondary students, while teachers will provide feedback on progress for K-5 students in place of formal grades. Like many other large California districts, San Francisco students will not receive grades lower than the marks they had prior to school closures.

The district had initially planned to give all students “As” for the rest of the year, the San Francisco Chronicle reported, but a school board presentation noted that approach brought “significant concerns” from the state’s two public university systems because it wouldn’t give an accurate picture of students’ progress.

Jason Chen, a junior at San Francisco’s Lowell High School, said the district’s decision to implement credit/no credit grades helps ensure equity among students and alleviates some of the pressures of worrying about letter grades and end-of-year exams.

“My skin has cleared. I’m doing OK. I feel a lot happier,” Chen said. “In that vein, I think it’s good that that stress has washed away.”

But the high school junior wonders how the changes in grading policies will affect his college applications, and whether that will mean a more competitive application for him and his peers. Starting next week, he’ll begin taking AP exams under a completely different format, adding stress.

The district’s temporary policy might have had a ripple effect on student engagement. In some virtual classes, Chen has noticed some classmates logging in with their cameras turned off and their audio muted.

“I think a lot of students saw that as, you don’t really have to participate anymore, you’ve basically locked in your pass and you’re good to go,” Chen said.

That, Chen said, speaks to broader issues with how schools and students perceive education.

“When students view learning as getting grades, and that’s all that is to learning, then inevitably if something like this happens, they’re not going to be engaged.” Chen said. “In terms of the big picture, what we need to do is we kind of need to re-evaluate how we’re fostering that learning mindset within young people so that learning is not just about getting grades, to more learning for learning’s sake.”

While San Juan parents can expect their elementary students will shift all subjects to a growth-based rubric — “Exceeding Expectations,” “Meeting Expectations,” or “Limited Progress” — students’ report cards will have new additions. A new “distance learning engagement” section will replace the space on report cards usually reserved for comments on student attendance and tardiness.

Students who didn’t connect with their teachers or turn in any work, for example, would receive an “N” for no engagement, Rai said. The metric is intended to help teachers determine which students will need extra academic support when schools physically reopen for the upcoming term.

“We’ve heard from Gov. Newsom this week talking about that lapse in learning, and that is definitely something we’re concerned about,” Rai said.

Some schools, such as those in the East Bay’s Liberty Union High School District, will grade students based on a modified rubric. Students in this district east of Antioch will receive a combination of letter grades if they earn an “A,” “B,” or “C” and “Pass” or “No Mark” in place of a “D” or “F.”

Liberty’s rubric is intended to give students an opportunity to raise their grade-point averages while avoiding any impact on student transcripts for failing marks.

“We want to honor the hard work that students put into their classes for the whole year,” said Liberty Superintendent Eric Volta. “We also didn’t want to put families under any more stress by the thought of what’s going to happen to (their student’s) GPA.”