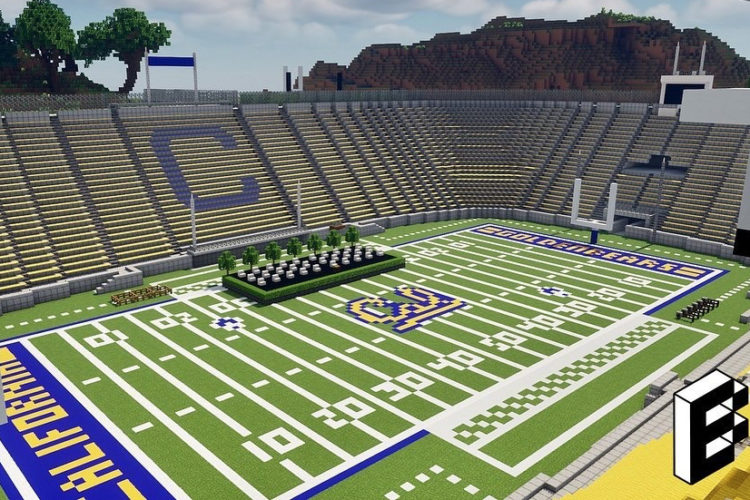 A simulated Commencement 2020 will take place Saturday at Blockeley University, a model of UC Berkeley built by some 100 students and alumni using Minecraft, a popular video game.

COVID-19 has disrupted an important milestone for college seniors: college graduation and the accompanying transition into the workforce. Commencement ceremonies across the country have been postponed or moved online, while unemployment is growing daily. Five students of the Class of 2020, including four from Piedmont, weighed in on what their lives look like now.

PHS alum Elie Docter studied Scatalogical Humor at the Gallatin School of Individualized Study at New York University, and came home for spring break in March.  While on break, NYU announced that classes would shift online for the rest of the term. “I only brought home clothes for two weeks,” she said.

“The hardest part is not knowing what is to be done. My apartment is sitting empty, and I don’t know if I’ll be back before my lease is up. I have been applying to things and am trying to figure it out, but jobs are postponed or have disappeared.”

NYU’s general commencement ceremony is traditionally held at Yankee Stadium, but graduation has been indefinitely postponed. In the meantime, there will be an online celebration over Zoom on Wednesday, May 20, the day commencement was supposed to be held.

At Lewis and Clark, a small, private liberal arts college in Portland, OR, another PHS alum, Maura Phillips, has already had her English Department graduation on Zoom.  “It was better than I thought it would be. I still felt connected to my classmates and professors and it was heartwarming to see my professors and have a gathering.”

However, the departmental graduation didn’t make up for the loss of a major milestone. “It’s hard not to have a graduation and not to have that event that we looked forward to for so long. The graduation ceremony is a marker of the conclusion of an important portion of our lives,’’ said Phillips.  Lewis and Clark College has gathered headshots of all graduating seniors for a virtual class-wide ceremony and sent caps and gowns and biodegradable confetti to graduating students. Phillips planned to stay in Portland to live with friends, but is now moving back to Oakland.

Drew Collins, a Philosophy major at Bates College in Maine, hunkered down in a beach house on Popham Beach with classmates when the school shut down in March. “Academics were definitely tough early on because of all the emotions from the early departure. The last thing I wanted to do was grind out the rest of the work. But, as the deadlines approached and I adjusted to the new living situation, I definitely buckled down and was able to end strongly, which was great,” he said. Collins’ post college plans haven’t changed — he was planning to return to the Bay Area to find work. “It will definitely be a little more difficult with such a dramatic increase in unemployment but I am looking forward to the challenge and the next chapter.”

Amy Kelleher, PHS Class of 2015, has just graduated from a 5-year pre-med program at Northeastern in Boston. Like Collins, she struggled with her desire to work once classrooms were virtual.

“Finding the motivation to write final papers, present at a research conference, and study for exams was no small hurdle. The combination of senioritis, anxiety, and mourning the loss of my final months of college was pretty draining. The whole thing felt extremely overwhelming and underwhelming — underwhelming to realize that college would end with me in my pajamas on my couch.”

Kelleher will start medical school in August at the Albert Einstein College of Medicine in the Bronx, NY. She is “excited and honored to be starting…my career in a city that has been so affected by the COVID-19 pandemic.”

Tyler Ellis graduated today with a degree in Theatre from the USC School of Dramatic Arts. He quarantined in Piedmont for a month but returned to LA in mid-April to be with his housemates as they wrapped up their undergraduate experience. “It was great to have such a large chunk of time with my family, but it was difficult emotionally,” he said about his time at home. “It was very surreal. A huge shout out goes to my parents for their patience and kindness as I sorted it all out.”

Ellis watched a brief USC graduation ceremony and celebrated with his family online. “It was simple and a little underwhelming, but I am still so proud of this achievement. COVID-19 can’t take away the last 4 years.”

Ellis plans to stay in LA as originally planned to see what happens with the entertainment industry. “I plan to continue my acting career, but of course so much is on hold. I had two musicals lined up but of course those have been either cancelled or postponed. For now, we wait.”

In a final note, Ellis had a message for graduating high schoolers, who are experiencing a similar sense of disorientation. “I just want to shout out the PHS Class of 2020. I feel very connected to you all, even though we just missed each other in high school. I see you and I feel for you.”

The virtual ceremony on Minecraft even includes a live speech by Chancellor Carol Christ. Despite this option, students like Chloe Lelchuk, a Media Studies and Political Science major, find navigating the Blockeley University graduation challenging while adjusting to online finals and virtual job interviews. Both the Media Studies and Political Science Departments have not decided how to handle their departmental graduations. Lelchuk recently received an email from the Political Science department asking students to fill out a Google Form to indicate whether or not students were even still interested in a Political Science graduation. Lelchuk is taking the disruption in stride: “I am generally doing okay, at this point I have accepted that this is reality and am trudging along.”