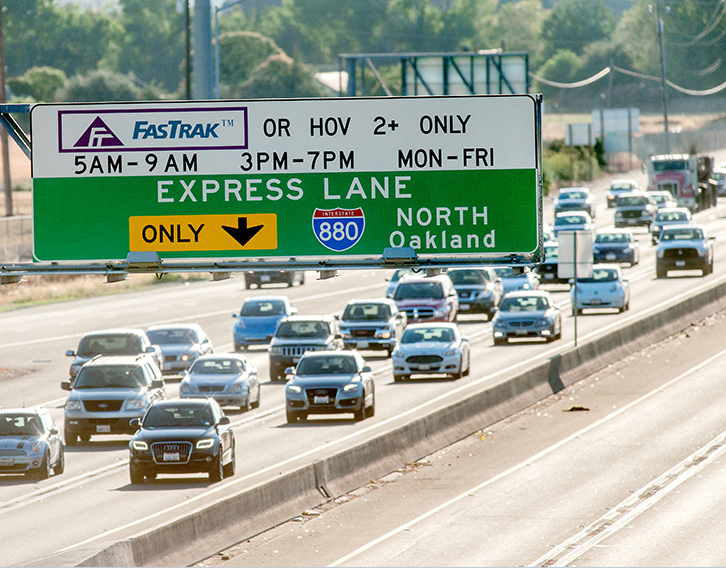 Starting Monday, commuters will once again have to heed the prices posted on Bay Area express toll lanes, which were suspended temporarily during the coronavirus shelter-in-place order. (Photo courtesy of Valley Transportation Authority)

Tolls will resume on express lanes in the Bay Area next week as traffic volumes have increased amid the easing of restrictions in the region’s shelter-in-place orders related to the COVID-19 pandemic.

The Metropolitan Transportation Commission said that beginning at 5 a.m. Monday, express lanes on Interstate 580 in Alameda County, I-680 in Contra Costa County, state Highway 237 in Santa Clara County and southbound I-680 over the Sunol grade in Alameda and Santa Clara counties will resume weekday tolling that has been suspended since March 20.

According to the MTC, weekday traffic in most Bay Area highway corridors is now at least 60 percent as high as the levels reported during the same period last year.

FasTrak transponders are required on most of the express lanes, although carpoolers and motorcyclists can still use the southbound I-680 one without a FasTrak device.

Between 5 a.m. and 8 p.m., signs over the lanes will display toll rates, which can rise or fall depending on the level of congestion on the highway.