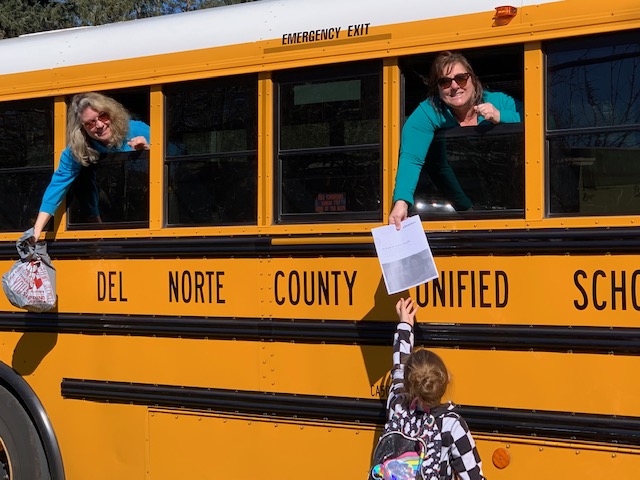 Gov. Gavin Newsom’s proposal last week that schools consider reopening schools earlier — in late July or early August — to make up for lost learning time shocked many in the education community, and took parents by surprise.

Many school administrators had begun planning for just the opposite. Some were considering opening later because of the multiple uncertainties the coronavirus poses for providing a safe learning environment not only for children but the entire school community.

But Newsom’s conception of an earlier start time is less of a revolutionary change in the school schedule than it first appears.

The governor’s timetable in fact coincides with the calendar of some existing school districts who are scheduled to open in early August. For many other districts, it would mean starting just a week or two earlier than they are currently scheduled to open, based on a calendar drawn up long before the current pandemic.

Historically, the day after Labor Day — this year Sept. 8 — has marked the beginning of the school year. But that pattern no longer exists in California.

For years, school districts have opened earlier and earlier mainly to allow students to complete their first semester exams before the winter break — and in some cases to reduce learning loss from a lengthy summer vacation. The traditional school opening after Labor Day is now a rarity in California school districts.

None of the state’s 30 largest districts, with a total enrollment of 1.9 million students, is scheduled to start school after Labor Day, a review by EdSource shows.

In fact, half of the largest districts will start schools within the first two weeks of August, and most of the remaining ones will start the following week — based on the schedules they published before the pandemic struck California.

That appears to be the pattern across the state.

One district among the state’s 30 largest — Sweetwater Union High School District near San Diego — is scheduled to start its next school year on July 20 after this year ends on June 5, just six weeks earlier.

Several school districts offer students the choice of attending so-called “year-round” schools, in which students get more frequent but shorter breaks than in a traditional schedule. For example, some schools in Elk Grove Unified near Sacramento are scheduled to open on July 16, while the schools on a more traditional calendar will open on Aug. 16.

However, whether these or other districts will welcome students to school on their scheduled opening day, or whether students will continue to work remotely, or even open later, is still an open question.  For example, Los Angeles Unified, the state’s largest, confirmed this week that the first day of school will be August 18 as previously planned.  But whether classes will be held remotely or on school campuses is still undecided, at least until “health authorities tell us it is safe and appropriate” to return to school, superintendent Austin Beutner said.

There is, however,  a significant difference between what Newsom has in mind and what districts with earlier start times are planning. Although he has given no details, Newsom appeared to be envisioning a longer school year, at least for some students and districts, but without specifying how much longer. The goal, Newsom said, would be to make up for the “learning loss” that many students will have experienced as a result of learning remotely at varying levels of effectiveness and engagement during the pandemic.

But school districts that have earlier start times have not increased the amount of instruction students receive. They still offer the same 180 instructional days during the school year that are required by state law.

In addition, Newsom gave no indication about how the state would pay for the extra instruction time. Current projections show the state may have tens of billions of dollars less to underwrite K-12 education next year because of costs tied to combating the coronavirus, and an expected dramatic reduction in revenue the state will collect.

To add just one extra paid day for teachers across the state plus benefits would cost approximately $123 million, according to School Services of California, a leading Sacramento-based consulting firm that advises school districts on finances and other matters. An additional five days could cost almost $620 million. And that doesn’t include paying”classified” staff like custodians and bus drivers, administrative staff and other costs.

The last time the state attempted to change the length of the instructional calendar was during the Great Recession when, beginning in 2008, it allowed financially struggling districts to decrease the number of instructional days they offered to 175 days.

However, since 2015-16, districts have been required to return to the previous 180-day schedule. That’s apart from the extra paid days for preparation or professional development that a district typically offers its teachers and other staff.

But at least in recent memory, the state has not asked districts to expand their instructional year beyond 180 days or encouraged them to do so by offering them funds to underwrite the extra instruction.

In most cases, the motivation for schools to start earlier has been to allow students to complete their first semester before the winter break. This has enabled students to take their exams before the holiday — which educators say can translate into better grades because holiday activities don’t get in the way of students’ academic preparation.

In districts like Fresno Unified, with large immigrant populations — especially from Mexico and Central America — another rationale for an earlier start has been to give families more time to travel abroad to visit relatives.

Several school districts are already positioned to begin in late July. They include districts like the Sweetwater Union High School District and its four elementary “feeder” school districts, all south of San Diego near the U.S.-Mexico border.

The early start time in those districts was instituted years ago, in part due to the “learning loss” students experienced during the traditional lengthy summer break, according to Katie McNamara, superintendent of one of those feeder districts, the South Bay Union K-8 school district in Imperial Beach

All the schools have very high enrollments of low-income students and English learner students. If the districts in the area were to stick to their current schedule, the current school year would end on June 5 — and then start up again only six weeks later on July 20.

Nonetheless, Newsom’s unexpected announcement last week caught school administrators off guard, McNamara said. The five school districts in the area were already trying to decide whether they could conceivably open on their pre-set early start schedule, or begin later along with most other school districts.

“We were on a call on Monday with other superintendents wondering if we should start meeting with our labor associations in regards to a later start date if that was needed,” McNamara said. “And then Tuesday the governor came out with maybe starting in later July or later August, which fits with what we had planned anyway.”

But with or without Newsom’s nudging, opening in July still presents huge challenges, said McNamara, who is heading up a task force for the Association of California School Administrators on “re-envisioning” what schools might look like in California this fall. “One of the most important things is student and staff safety,” she said. “The challenge is determining how to bring children back and preparing for the changes in regular daily school life.”