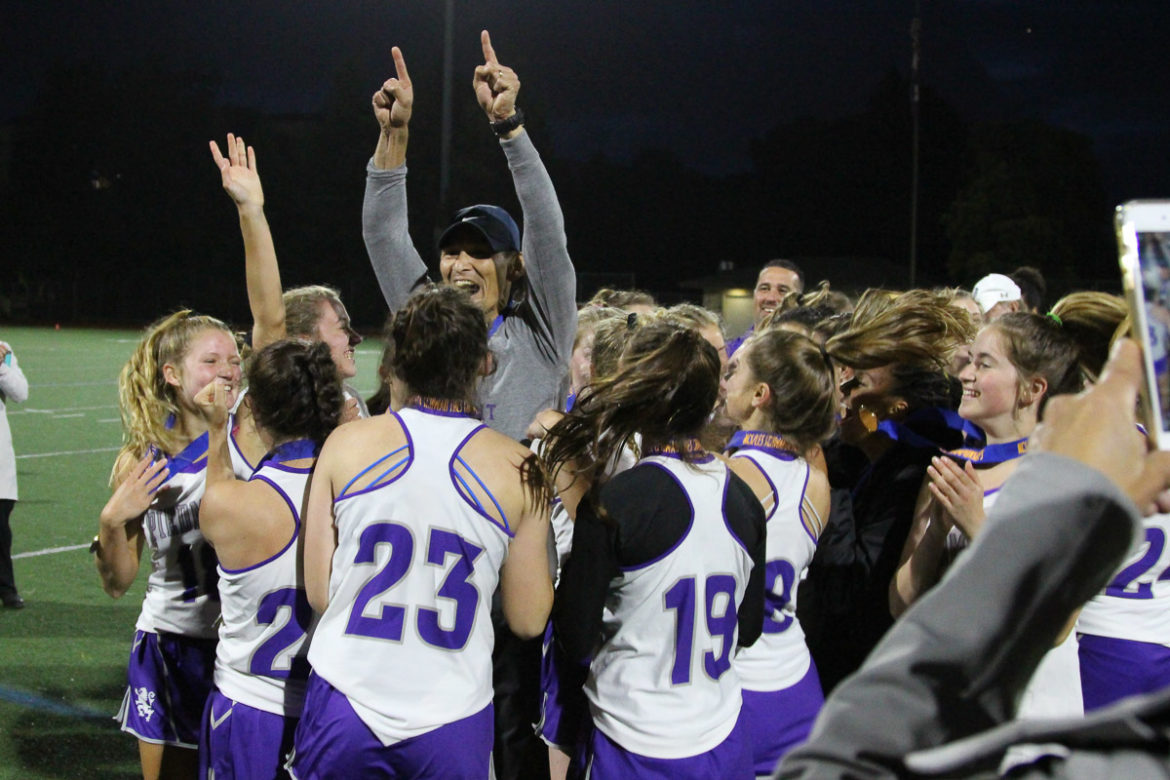 “We really were focused on studies,” Chan said. “My dad was a professor. He actually didn’t like us playing sports. I tried out for track. I wanted to do the shot put. But that never happened. Dad said no.”

Chan quickly adds that he remembers his childhood fondly, but that’s not really the point. He has become one of the top lacrosse coaches in the East Bay despite the fact he never played the game growing up. In fact, he hadn’t even coached anything when he volunteered with the local Skyline Lacrosse Club as his son Joseph started to play.

“My son took an interest in lacrosse in second grade,” Chan said, adding that it happened when Joseph saw lacrosse sticks in a sporting goods store. “Skyline at the time was such a small organization they packed the boys side and the girls side didn’t exist,” he said.

Chan graduated from Piedmont High School, then earned a Civil Engineering degree. He currently manages pipeline design for the East Bay Municipal Utilities District. Which is not the typical background for a coach.

But after a season watching his son play, Chan began to think that there might be a better way. With all the grade levels grouped together, the younger players – including Joseph – didn’t get much playing time.

“I thought I could do a better job,” Chan said.

It’s hard to overstate just how audacious that thought was. Chan had played some tennis as a kid, and he played pickup basketball with friends as an adult. His lacrosse experience was that year of watching his son sit on the bench.

What he did have was a budding friendship with Ben Sparks, a fellow lacrosse parent who had been a standout player back in the 1980s on the inaugural teams at Bishop O’Dowd High School (where he is now an assistant coach). Later, Sparks played college lacrosse at Claremont, and has continued to play on post-collegiate and master’s teams.

“He has a lot of history and a lot of knowledge,” Chan said.

Sparks went on to become president of the Skyline Club from 2008-13. Joseph Chan played lacrosse until quitting after eighth grade, opting to play water polo at Piedmont High School.

By then, Chan’s daughter Maria del Rosario Chan was starting up with lacrosse. Skyline had a girls team then, but it was like the boys team when Joseph started – not enough players to field every age level so the kids were grouped together.

And the Skyline Club was growing. Soon, there were 300 kids participating, 150 boys and 150 girls, enough not only to field every age group, but to have multiple teams sorted by competitiveness.

Chan followed Sparks as president of the Club. When his daughter got to Piedmont High, he retired as president and got ready to just watch again.

That didn’t last. After two years, Chan took over the Highlanders for the 2019 season. The program had finished as a North Coast Section runner-up twice (in 2014 and 2016), but had never won a title. A team that went 14-10 the year before, featuring several standout players including his daughter, went 20-2 and captured the NCS Division 2 championship.

Despite the loss of several key players to graduation, expectations were high this spring. However, the COVID-19 pandemic canceled the season after just five matches. Piedmont never got to defend its crown.

Maria del Rosario Chan will attend the United States Coast Guard Academy in the fall, but Carlton Chan is planning to stay on as coach for at least one more year. Stars such as juniors Sadie Tschider and Caroline Devine have been working with Chan for years, and he feels responsible to be part of their senior season in 2021.

The question remains – how did Chan do it? How did he go from 0 to 60 with no experience in either lacrosse or coaching? He said it took a lot of work and observation.

“I kind of go back to the engineering brain, understanding the spatial aspect of things,” Chan said. “Lacrosse is a very spatial game. You see what other coaches do, what doesn’t work and what does.”

He mentioned watching Steve Kerr coach the Warriors over the past six years as an inspiration.

“Having everybody touch the ball, having the ball movement, that’s the beauty of the game,” Chan said. “Perfecting it more, finally when I was in high school, that’s when I knew it had clicked.”