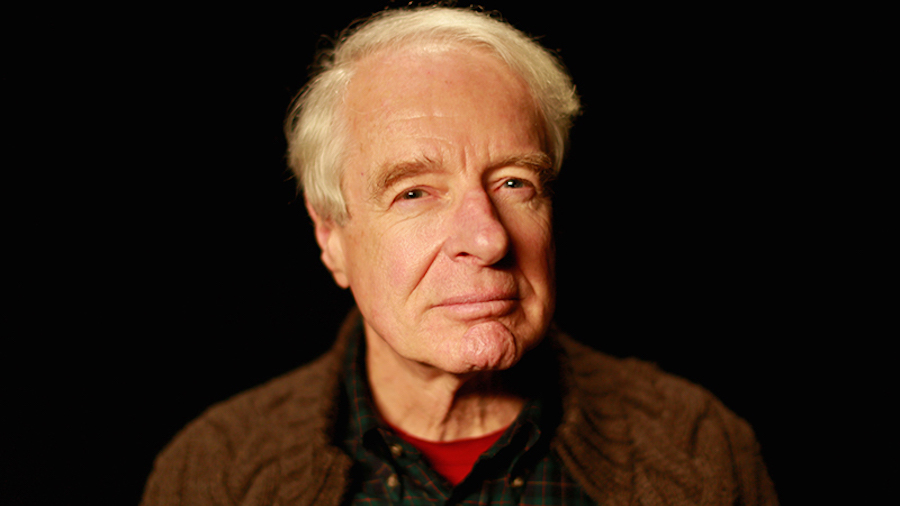 Adam Hochschild will be in discussion with Mother Jones magazine editor Monika Bauerlein at a virtual event hosted by the Bay Area Book Festival at 7 p.m. on June 2. (Courtesy photo)

It was a fairy-tale wedding that super-charged the gossip circuits of 1905 America.

A 26-year-old Jewish immigrant from Russia and former cigar factory sweatshop worker married a Protestant scion of one of New York’s wealthiest and most influential families, catapulting her from a life of crushing poverty into one of immense material comfort.

But James Graham Phelps Stokes’ young wife gradually stepped out of his shadow to become a charismatic labor organizer and social justice champion, renowned for her oratory and her powers of persuasion.

When Berkeley author and historian Adam Hochschild learned that socialist firebrand Rose Pastor Stokes had drawn more press coverage than any other woman in early 20th century America, he knew he had a story to tell. The result, “Rebel Cinderella,” published by Houghton Mifflin Harcourt with “From Rags to Riches to Radical” as a partial subtitle, is both a biography of Rose and of a marriage that endured for two decades before ending explosively.

Hochschild, also the author of “King Leopold’s Ghost” and eight other works of historical nonfiction, took some time to answer our questions.

Q: What do you think motivated Rose Pastor Stokes?

A: I think she had a very strong sense of justice, which came out of her own life experience of a childhood and adolescence and young womanhood of extreme poverty. By the end of her dozen years as a cigar factory worker, which started when she was 11 years old, she was the sole support of herself, her widowed mother and the six younger siblings, and there wasn’t enough to support all of them – the ne’er-do-well stepfather had abandoned the family, and a couple of them were in foster care. So she knew what poverty was like, and she wanted to pull people out of it, and she wanted a country and a society where that kind of dire poverty didn’t exist.

Q: Rose worked tirelessly for change for most of her life. What do you think were her greatest successes?

A: Well, I think she, in association with a number of people of that era, helped publicize various ideas that we take for granted today. Access to birth control, for example, was a cause that was very dear to her. But of course, even talking about birth control in public, much less disseminating information on the subject or birth control devices, was against the law. Her friend Emma Goldman went to jail for this; her friend Margaret Sanger went to jail for this. They didn’t quite dare put her in jail, much to her frustration. … But she was very active in that cause. Her correspondence files are filled with letters from people with poignant stories about how they were unable to get birth control devices or information – even doctors wouldn’t talk to them about it. She sent them what she had. It’s not the same kind of information we’d give out today, but she was doing her best in that, and I think in other causes as well. There are a lot of things we take for granted today – Social Security, the idea that you have a right to medical care … these were things that the early 20th century American socialists put on the table.

Q: Though her early years with Graham were happy and mutually supportive ones, the marriage came to a fractious and highly publicized end after 20 years. Who was the first to disengage?

A: I think Graham may have become upset first, when he found, by about four or five years into their marriage, that she was the one who was getting most of the attention because she was such a successful and inspirational speaker, and from all evidence, he was a total flop on the lecture platform. And in the days before radio and television and the internet, public speaking was tremendously important in terms of somebody being recognized as a public figure. Even writers were expected to be public performers; it was a huge part of Mark Twain’s life. … And then, I think she became frustrated with him when they began finding themselves in disagreement over some things. It really came out into the open when they split over the First World War. Initially, she followed him in his belief that it was a good thing for the United States to enter the war. But then, very rapidly, six months after that, she decided that was a big mistake, and she took the, I think, very brave and very correct position that it was a disaster … and that this war would remake the world for the worse in every conceivable way, and we shouldn’t be encouraging Americans to fight in it.

Q: What do you imagine Rose would be doing now if she’d been born here 25 years ago? What causes would she be taking up?

A: I hope she would be doing everything possible to get Donald Trump out of office and to address some of the same inequalities that motivated people to get involved in radical movements 100 to 125 years ago. You know the spread in the United States today between the share of wealth and income held by the top one percent and the remaining 99 percent is greater than it was when Rose and Graham got married in 1905.

Q:  There was a huge storm of publicity when Rose and Graham got engaged, but we are much too sophisticated in this day and age to be as electrified by such a prominently mismatched marriage as theirs, right?

A: Well, what about Harry and Megan? That’s the example that comes to mind, but there certainly have been plenty of others. Anytime a commoner marries into the British royal family, the papers go wild. And I think that the Cinderella dream is an ancient one.

Three recommendations from the author

Hochschild will be in discussion with Mother Jones magazine editor Monika Bauerlein at a virtual event hosted by the Bay Area Book Festival at 7 p.m. June 2.  Go to https://www.baybookfest.org/unboundjune/ to register for a free link to the YouTube video.