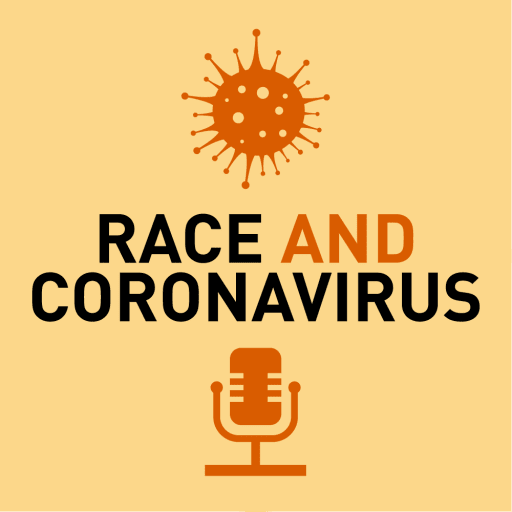 Lifelong San Francisco resident Sandy Fong-Navalta was on Muni recently, heading home from work when she witnessed a white male yell at an elderly Asian man for being a “rude, f—ing ignorant Chinaman.” The Asian man had put his hand up when someone got too close to him on the bus. “You’re the reason coronavirus came to America!” the white male continued in response to the elderly man’s gesture.

Fong-Navalta, whose sister-in-law is Race and Coronavirus co-founder Pati Navalta, said she has witnessed or felt tension in San Francisco quite a bit since the first reports of coronavirus — a homeless man recently told her she was “spreading the corona” — and that it has come “to the point where I’m almost desensitized to it.”

As some people blame the rise of coronavirus on China, where it originated, the FBI has warned about a possible rise in hate crimes against Asians in the United States. Businesses owned by Asian Americans are being vandalized. Some Asian Americans are literally arming themselves in case they are physically assaulted, like an Asian family that was stabbed at a Sam’s Club in Texas in March, reportedly because of coronavirus. And advocacy groups, policymakers and others are having to dole out advice on how to deal with it all.

Also in San Francisco in early March, Yuanyuan Zhu was on her way to the gym when a white male in his 40s who “looked like a regular person” spat on her after he shouted “F— China.” He also yelled at a passing bus to “run ‘them’ over.”

She told her story on social media and to the New York Times, but she recently told it again to journalists who tuned in for a recent online press conference held by Chinese for Affirmative Action, Asian Pacific Policy and Planning Council and San Francisco State University’s Asian American Studies Department, which have teamed up on Stop AAPI Hate, a website where people can submit anti-Asian incidents. In the four weeks since the site was created, it had collected nearly 1,500 reports — and by Tuesday, that number was up to 1,716, according to Chinese for Affirmative Action SF spokesman Eugene Lau.

“I was panicked,” Zhu said. “I just walked faster and into my gym.” She said it was “hard to imagine that this would happen in the Bay Area,” which is known for its diversity, and that it’s important to speak up and collect data about what’s happening.

“When coronavirus hit, I knew Asians would be targeted,” Jeung told Race and Coronavirus. The incident reports are coming from different ethnic groups because many Asians are mistaken for Chinese.

The professor blamed politicians for “riling up their base” and trying to avoid responsibility for “not doing enough” in response to the novel coronavirus. “Their political rhetoric opens up hate.”

He also pointed to the long history of anti-Asian racism in this country. Chinese miners were driven from their homes and even killed during the 1880s. Jeung said the Chinese Exclusion Act of 1882, which banned Chinese laborers from entering the United States, has “eerie parallels” to U.S. sentiment today.

A fairly recent parallel is the backlash against Muslims after the September 2011 terrorist attacks, Jeung said, adding that then and now, America was and is said to be at war.

“The difference is President (George W.) Bush said we shouldn’t tolerate racism against Muslims,” he said. “President (Donald) Trump insists on calling it the Chinese virus… with social media and memes, it really shapes people’s subconscious.”

In a podcast interview with Race and Coronavirus, California Assemblymember Phil Ting responded to whether he had been personally affected by anti-Asian backlash since the beginning of this crisis. He said that he had, but could not go into detail.

“This virus has really given people a license to hate,” he said. Ting represents the 19th district, which includes parts of San Francisco and San Mateo counties. Ting applauded the creation of the Stop AAPI Hate website, citing the importance of collecting data for policymaking. However, he cautioned that reported numbers may not reflect the true number of incidents. “There are probably… more people who decided not to step forward or haven’t even heard about this website.”

Cynthia Choi, co-director of Chinese for Affirmative Action, said as much during the press conference: “Consider this an undercount. Lots of incidents are unreported.”

How can Asian Americans deal with the verbal harassment, shunning, being discriminated against at their workplaces and in other businesses, and even physical assaults?

The groups that held the press conference underscored the importance of reporting and tracking the incidents as a way to inform authorities and officials who can enact policies and enforcement to combat the hate.

“Racism can be traumatic,” said Alicia del Prado, a psychologist from Danville who said she has seen patients who have been affected by anti-Asian sentiment.

She said she tries to help her clients “feel supported and understood so they do not internalize the negative messages and do not go to self-blame, self-hatred, paralyzing fear, or other negative outcomes.”

Jeung takes some comfort in history: “Asian Americans have always resisted, so that gives me strength. The Japanese won redress and reparations (for their internment during World War II). America can apologize for its actions.” He hopes that people use lessons from the past to politically mobilize, and is encouraged by the fact that there are more Asian American leaders in power these days.