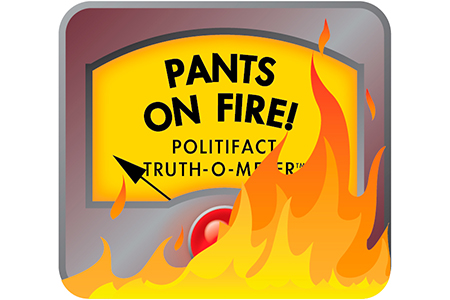 When discussing pandemic preparedness and COVID-19, “[c]learly, the Obama administration did not leave any kind of game plan for something like this.”

Senate Majority Leader Mitch McConnell alleged that the Obama administration did not provide the Trump administration with any information about the threat of a possible pandemic during a May 11 Team Trump Facebook Live discussion with Lara Trump.

“They claim pandemics only happen once every 100 years, but what if that is no longer true? We want to be ready, early, for the next one. Because clearly, the Obama administration did not leave any kind of game plan for something like this,” said McConnell.

This claim caught our attention because its definitive nature was directly at odds with the position of some former Obama administration officials, who immediately disputed it and started circulating on social media the link to such a plan.

We reached out to McConnell’s press team to ask for the basis of his statement. McConnell spokesperson David Popp said in an emailed response that “this is a unique crisis and we are all adapting to the public health and economic challenges.” In terms of the pandemic’s economic impact, he said there was “definitely no playbook there” and instead credited McConnell with his work on the CARES Act, a coronavirus relief bill passed by Congress.

Soon after McConnell made his playbook comment, Ronald Klain, the White House Ebola response coordinator from October 2014 to February 2015, tweeted out a link to a document titled “Playbook for Early Response to High-Consequence Emerging Infectious Disease Threats and Biological Incidents.”

The document, originally unearthed in March by Politico, is a 69-page National Security Council guidebook developed in 2016 with the goal of assisting leaders “in coordinating a complex U.S. Government response to a high-consequence emerging disease threat anywhere in the world.” It outlined questions to ask, who should be asked to get the answers and what key decisions should be made.

Nicole Lurie, another Obama administration official, confirmed to us the existence of the NSC pandemic playbook and also said similar documents were created for the Department of Health and Human Services and the Centers for Disease Control and Prevention.

“To say there was no playbook was ridiculous,” said Lurie, who served as the assistant secretary for preparedness and response at HHS during both terms of the Obama administration.

The playbook lists types of infectious disease threats that could emerge. “Novel coronaviruses” were among pathogens flagged as having potential to cause heightened concern.

Lurie said there were tabletop exercises, which included planning for a pandemic-like situation, during the transition between the Obama and Trump administrations. (The Trump administration also conducted an exercise — known as “Crimson Contagion” — in 2019.)

Other Obama-era officials offered similar stories in interviews this week with CNN:

“They were extensively briefed, to the extent that they paid attention to these things during the transition,” said Jeremy Konyndyk, who directed USAID’s Office of U.S. Foreign Disaster Assistance.

“We absolutely did leave a plan. It was called a playbook,” said Lisa Monaco, former homeland security adviser to President Obama. The goal, she said, was to share the lessons learned during the Ebola and Zika outbreaks.

Meanwhile, Peter Loge, who served as a senior adviser within Obama’s Food and Drug Administration, told KHN he remembered a very clear message from the HHS secretary regarding the presidential transition.

“Our job was to set up the Trump political staff for success, and we took that mandate very seriously,” said Loge. He and his colleagues wrote memos to inform the Trump staff about priority issues. “But nobody called me and asked what I was doing in my job,” said Loge.

However, the Trump administration has maintained that the coronavirus sneaked up on the U.S., and Trump himself has even said it was a “very unforeseen thing.”

But, in a May 14 exchange with reporters on the White House lawn, press secretary Kayleigh McEnany acknowledged the existence of the Obama pandemic playbook, even holding it up to show the press. She also dismissed its usefulness.

“The Obama-Biden plan that has been referenced was insufficient. It wasn’t going to work. What our administration did under the leadership of President Trump was do an entire 2018 pandemic preparedness report,” said McEnany. Trump, who was standing nearby, agreed.

Senate Majority Leader Mitch McConnell said the Obama administration did not leave behind a “game plan” for a pandemic.

Multiple Obama-era officials have said they left a 2016 “pandemic playbook” that detailed exact steps to take in the event of an infectious disease outbreak. The White House press secretary even held up the actual document on the White House lawn.

There has been discussion in recent days as to whether the Obama plan was dated because it dealt with lessons learned from earlier outbreaks that may not apply to the current pandemic. Still, McConnell’s statement focused only on whether any such “game plan” existed, and ample evidence suggests it did.

We rate it Pants on Fire.

UPDATE, May 15, 2020, 11:04 am ET: In a Fox News interview, McConnell acknowledged he was incorrect in his assertion that the Obama administration didn’t leave behind any kind of “game plan” regarding a pandemic threat. “I was wrong. They did leave behind a plan, so I clearly made a mistake in that regard,” McConnell said.