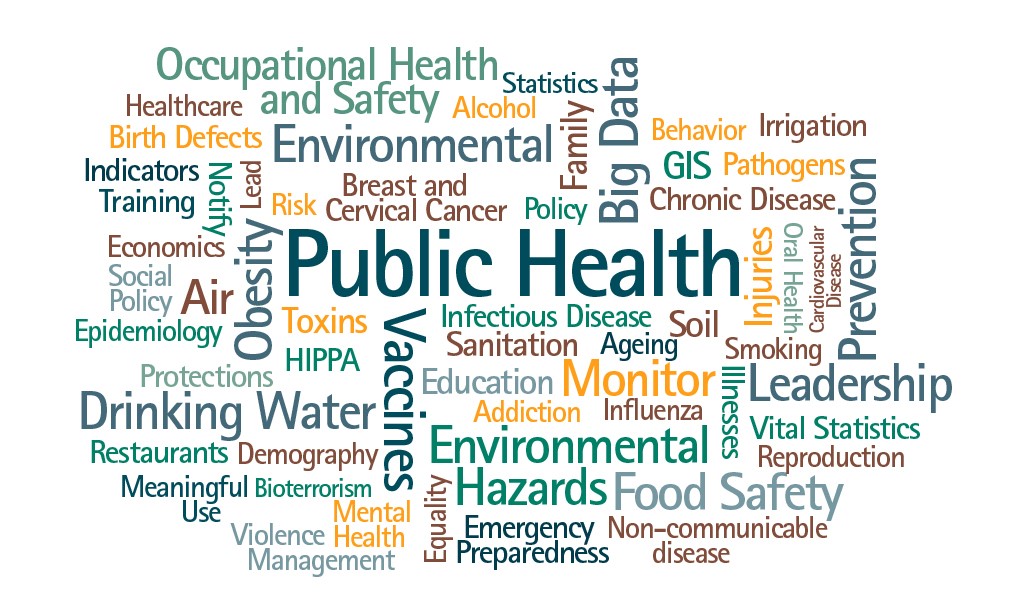 The U.S. is in the midst of both a public health crisis and a health care crisis. Yet most people aren’t aware these are two distinct things. And the response for each is going to be crucial.

If you’re not a health professional of some stripe, you might not realize that the nation’s public health system operates in large part separately from the system that provides most people’s medical care.

Dr. Joshua Sharfstein, a former deputy commissioner for the Food and Drug Administration and now vice dean at the school of public health at Johns Hopkins in Baltimore, distinguishes the health care system from the public health system as “the difference between taking care of patients with COVID and preventing people from getting COVID in the first place.”

In general, the health care system cares for patients individually, while public health is about caring for an entire population. Public health includes many things a population takes for granted, like clean air, clean water, effective sanitation, food that is safe to eat, as well as injury prevention, vaccines and other methods of ensuring the control of contagious and environmental diseases.

In fact, it is public health, not advances in medical care, that has accounted for most of the increases in life expectancy during the past two centuries. Well before the advent of antibiotics and other 20th-century medical interventions, public health activities around clean water, food safety and safer housing led to enormous gains.

But while public health isn’t as flashy as a new drug or medical device or surgical procedure, it can simultaneously affect many more lives at once.

Dr. Arthur Kellermann, a former emergency room physician and public health researcher at Emory University in Atlanta, told me: “I’m sure I saved more lives keeping Georgia’s motorcycle law on the books than all the trauma resuscitations I did.”

Still, because the public health system mostly operates in the background, it rarely gets the attention or funding it deserves ― until there’s a crisis.

Public health is “a victim of its own success,” said Jonathan Oberlander, a health policy researcher and professor at the University of North Carolina-Chapel Hill.

“People can enjoy clean water and clean air but don’t always attribute it to public health,” he said. “We pay attention to public health when things go awry. But we tend to pay not a lot of attention in the normal course of events.”

Public health as a scientific field was created largely to address the sort of problem the world is facing today. Sharfstein noted that Baltimore established the nation’s first public health department in 1793 to address a yellow fever epidemic. But between emergencies, the public health domain is largely ignored.

“In the U.S., 97 cents of every health dollar goes to medical care,” he said. “Three cents goes to public health.”

It wasn’t that long ago when rebuilding the nation’s public health infrastructure was a top priority. In the wake of the Sept. 11, 2001, terrorist attacks and the anthrax attacks a month later, Congress devoted significant time, attention and dollars to public health.

Emerging from that flurry of activity from 2001 to 2004 was a bipartisan bill providing more than $4 billion to dramatically expand the nascent Strategic National Stockpile, to rebuild and modernize the capacity of state and local public health departments to deal with public health emergencies and to further protect the nation’s supply of drinking water from potential terrorist attacks. Also created during that period was Project Bioshield, a federal program to provide incentives to private industry to develop vaccines and countermeasures for biological terror agents as well as naturally occurring biological threats.

But as the threat of biological terrorism seemed to wane, so did public health funding from Congress and the states. After accounting for inflation, funding for the federal Centers for Disease Control and Prevention has decreased over the past decade, according to the Trust for America’s Health, a nonpartisan research and advocacy group.

And while the Affordable Care Act established a public health fund worth $15 billion over 10 years — the Prevention and Public Health Fund ― it has been repeatedly raided by both parties in Congress to pay for other, sometimes non-health items. For example, the fund was cut by more than $1 billion in 2018 to help cover the costs of a bipartisan budget bill.

Those choices on public health can come back to haunt us. Now, as the U.S. mourns the COVID-19 deaths of more than 63,000 people in less than two months, public health professionals again have the attention of policymakers. The question for them is, how best to seize the moment?

“The trick is to put in solutions that will work for a long time,” said Sharfstein. “It really matters how you handle a crisis because it might determine how you handle the next 50 or 60 years.”

The clock is ticking.

Kaiser Health News (KHN) is a nonprofit news service covering health issues. It is an editorially independent program of the Kaiser Family Foundation that is not affiliated with Kaiser Permanente.