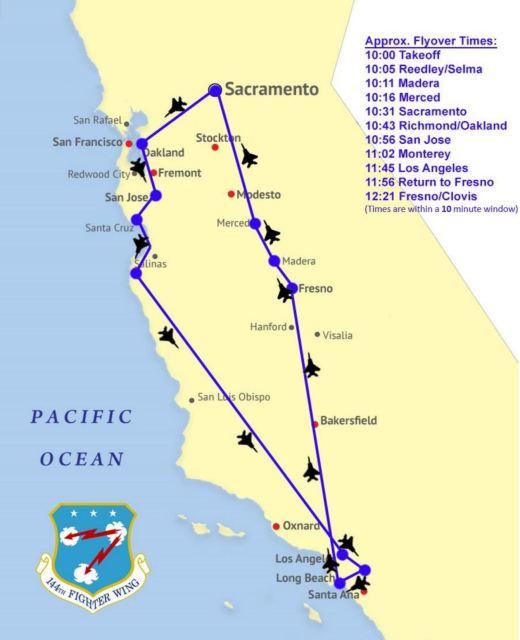 Thanks to Fire Chief Bret Black for the (literal) heads-up: The California Air National Guard will be conducting a flyover of the Bay Area to salute frontline workers tomorrow. From a CBS SF news article:

“The flyover will be comprised of four F-15C Eagle fighter jets which will take off from Fresno Air National Guard Base and pass over medical facilities in the San Joaquin Valley, Sacramento, Bay Area, Monterey, and cities in Southern California before returning to Fresno.

The fighter jets were scheduled to pass over the Oakland/Richmond area around 10:43 a.m. and over the San Jose area at around 10:56, allowing for a ten-minute window. Locations in the Bay Area will include Kaiser Permanente hospitals in Richmond, Oakland and Santa Clara, as well as Regional Medical Center and O’Connor Hospital in San Jose.”