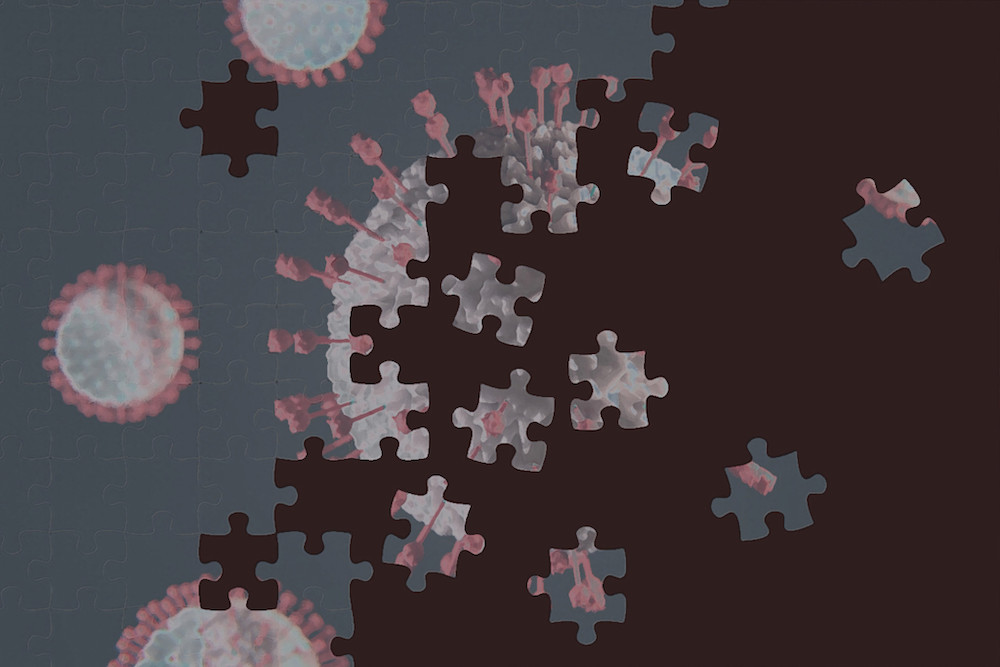 In the age of coronavirus, Americans are being told to stay home and wear masks outside. The federal government has made way for hospitals to treat patients in repurposed hotels and dormitories. Private companies are working to push out new diagnostic tests.

But the national effort has been disorganized, relying heavily on state action, said health systems experts and public health researchers. That approach has fallen short, they assert.

“We’re in a lot more trouble than we need to be,” said Dr. Donald Berwick, who ran the federal Centers for Medicare & Medicaid Services during the Obama administration.

So what else should the United States be doing?

Public health specialists said a range of tools, high-tech strategies and old-school public health interventions could help tamp down the spread of COVID-19, the illness caused by the coronavirus.

Though an ambitious playbook, “it’s all conceivable,” said Dr. Kedar Mate, chief innovation and education officer at the Institute for Healthcare Improvement, a Boston-based nonprofit organization.

There’s plenty of room for improvement in using and collecting data that might inform a coordinated national response. So far, states are picking their own models to predict when cases might peak — with different localities using different formulas ― and private groups coming up with their own projections.

A bigger-picture look, experts said, would allow the federal government to connect the dots and deliver a proactive response — not waiting to see where the virus emerges next.

The CDC tracker and guidance are positive steps, but they fall short of what’s needed ― largely, experts said, because the virus is moving so fast, and best practices aren’t yet clear.

To be sure, some changes would be harder to implement than others.

Take predictive data. In California, Dr. Eric Topol, a cardiologist and director of the Scripps Research Translational Institute, is running a study in which people with smartwatches can have an app track their resting heart rate and collect the data in an anonymized format, to protect patient privacy.

Geographic clusters of spiking heart rates could suggest a wave of impending fevers. Though smartwatch users are typically wealthier, there are enough of them — potentially more than 100 million Americans with devices like Fitbits or Apple Watches — who could download the app. That data could help the government decide when and where to concentrate resources, Topol said.

Reporting from Politico suggests the White House is thinking about ways to collect real-time data, but those efforts haven’t gained traction.

Even simpler: a standardized hospital intake form — in which health professionals ask a set of questions and the answers are relayed to the Centers for Disease Control and Prevention. That could help federal officials get a better sense of which symptoms are most common and how people who get sick are typically exposed. Such data could inform nationwide efforts, researchers said. And multiple federal agencies have the authority to do this.

“The system, it has to come together,” said Eric Perakslis, a Rubinstein fellow at Duke University who previously managed technology for multiple responses to Ebola. It can’t be “‘Do you hear UCSF did this thing?’ And you have to go through the internet to dig for what they did.”

Strategic Testing, To Understand The Virus

Part of gathering data and information has to do with widespread testing for COVID-19. And, though rates have shot up, the United States still lags in per capita testing.

“We are flying blind unless we can find a way to find the people who are infected,” Berwick said.

Put simply, Washington needs to prioritize “contact tracing,” Perakslis said. That means testing people with strong symptoms, and their first-order contacts. The results give epidemiologists an idea of viral transmission and help them stop it.

Here’s the rub: Effective contact tracing requires coordinated dispersal of test kits from the federal government. So far, the administration has promised to provide more test kits, but that hasn’t materialized at the level experts say is needed.

It goes beyond coordinating diagnostics tests. There are also new and emerging “serology tests” that measure antibodies and can determine whether someone has been exposed to the virus and since acquired some kind of immunity, Topol said.

It’s still early, and the available tests aren’t perfect. But testing people for those antibodies could help pinpoint when people who have been infected are non-contagious and illuminate how long immunity lasts. People with that immunity could go back into the workforce. This knowledge could also help inform public health authorities about which parts of the country are on the mend, and which need more attention.

Here’s where the U.S. could take lessons from old-school public health interventions. One such strategy was used in the Ebola response in West Africa, and is again bearing fruit abroad. It involves enlisting community health workers ― trained professionals or skilled volunteers — who visit people at home, helping them stay healthy and triaging patients to help them stay at home rather than landing in the hospital.

The idea is that care at home would keep people away from emergency rooms and ICUs, minimizing the stress on the health system.

“That is how we turned the tide on Ebola,” Perakslis said.

Ideally, he said, federal and local authorities would work in partnership to mobilize workers and provide them the equipment to protect themselves from the virus. Workers could be trained to administer at-home testing, help people monitor for symptoms and care for themselves and, in less-hard-hit areas, encourage behaviors that prevent the spread of disease.

In Germany, where the coronavirus rate is an astonishingly low 1.6%, this approach has accompanied widespread diagnostic testing and effective social distancing. Heidelberg’s “corona taxis” deploy medics, suited up in hazmat suits, to visit people at home.

“We need that kind of large-scale mobilization of the public ― of an army of private citizens,” Mate argued.

“This is what FEMA was created to do. This is what FEMA is trained and prepared to do,” said John Cohen, a former acting undersecretary at the Department of Homeland Security and current adjunct professor at Georgetown University. “If FEMA was left to work on this on its own, even though it’s late, you would see better organization.”

Right now, FEMA is collecting input from around the country to determine which regions are at greatest risk, and who needs immediate aid with medical supplies. But news reports and presidential tweets show that states and hospitals are leveraging White House contacts to bypass FEMA’s approval process — diluting the effectiveness of national efforts to coordinate and distribute supplies where they’re needed.

Then there’s the issue of purchasing. So far, the president has not directed FEMA ― or any other federal authority — to be the sole agency purchasing equipment. That means many states and localities are bidding on the same supplies. These smaller buyers have less leverage and may end up paying more than they otherwise would have.

It’s a matter of the White House outlining a clear, organized system ― declaring FEMA the single entity in charge of buying ventilators and PPE — and then sticking to it, Cohen said.

“That’s what’s lacking,” he continued. “If they laid out a clear, comprehensive national strategy, and included that FEMA would be the sole purchaser, then that would probably be accepted by a majority of state and local governments ― as long as they had trust in federal authorities.”

The president could also direct FEMA to coordinate with another agency that has more experience with bulk purchasing to take on this task, said Tim Manning, a former deputy administrator for FEMA.

“There’s no reason to believe the existing frameworks we have are not a match for the current problem,” Manning said. “They’re just not being used.”

Instead, hospitals and states are independently trying to procure gear, with the help of individual donations and new groups like #GetUsPPE and Project N95, which coordinate between suppliers and hospitals. Right now, the high demand means masks that typically go for $1 are retailing for between $3 and $7 apiece, said Andrew Stroup, who co-founded Project N95. That difference adds up when hospitals are buying 100,000 masks at a time.

“We have a federal government for exactly this,” Manning said.