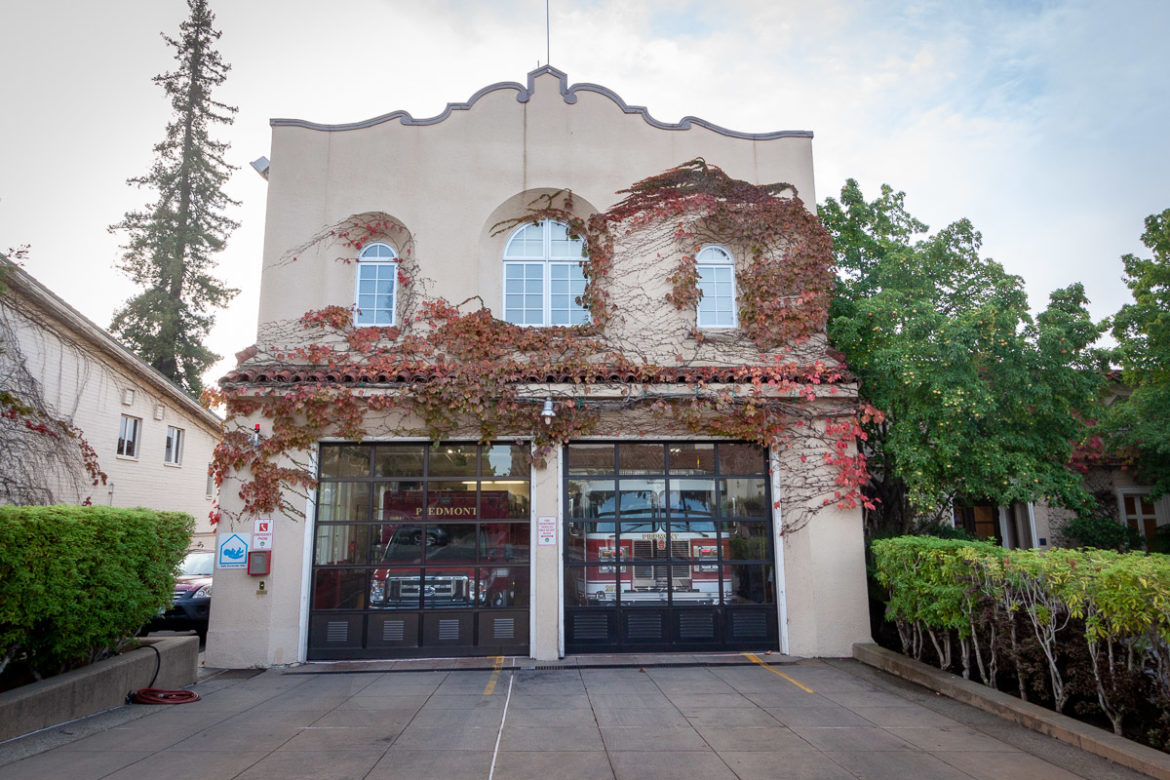 PIEDMONT — The City Council moved ahead Monday night with plans to do further physical assessments of Piedmont’s old, cramped, seismically unfit and generally inadequate police and fire stations, and to spend up to $50,000 on a public-outreach effort and evaluation of community support of spending serious money on renovations or new buildings.

The council’s 5-0 vote also includes directing the city’s Budget Advisory and Financial Planning Committee to examine ways to fund projects that could cost $30 million. That work, City Administrator Sara Lillevand said, could be “massive renovation” of the old buildings, she said, or entirely new construction.

Planning to pay for needed upgrades and renovations to city buildings, many of which are aging and in need of significant work, has been an issue in Piedmont for years. And new, major budget challenges created by the COVID-19 pandemic adds significantly to the problem, virtually assuring new or heavily remodeled buildings are likely at least several years away.

A Santa Rosa civic-building architect did a preliminary assessment of the police station in October, and another of the fire station in February, Lillevand said. She favors a deeper dive into how, or if, those buildings can continue to serve the city.

Piedmont’s Police Department building is 70 years old, with myriad deficiencies — equipment, IT, and radio equipment rooms are too small, too cramped and inefficient, and office spaces are Inefficient, undersized and insecure.

“It’s quite evident this building was never intended to be a police facility or a dispatch center,” police Chief Jeremy Bowers told the council. There are concerns about security, not only for transferring detainees from a police car into the building, but also for parked police vehicles and throughout the inside of the building.

The rest rooms and locker rooms are inadequate, and the armory, evidence and property storage spaces are too small and “inappropriately laid out,” Bowers added. There’s no formal interview room, which Bowers said presents safety problems.

The city’s Fire Department, housed in City Hall, is even older (110 years), and has a similar laundry list of inadequacies. It isn’t big enough to accommodate modern-day firefighting equipment. Fire Chief Bret Black said it’s difficult for firefighters to get into adjacent trucks because they must park too close together. That, he said, affects response times.

The fire station also isn’t up to modern safety seismic standards, doesn’t have a modern eyewash station, and the separation of living quarters from truck exhaust and other on-the-job contaminants doesn’t meet modern safety standards. Chemical storage is inadequate, too, he said.

“We don’t have an isolated room where we can store these things in a safe and organized fashion,” said Black, adding that there isn’t a formal decontamination area at the fire station. (There is one at the city’s corporation yard, however, he said.)

The most pressing immediate need, Lillevand said, is the dispatch center. It could be moved to the seismically safer Emergency Operations Center, she said, but that would likely trigger a problematic domino effect, starting with where the EOC could be relocated.

Vice Mayor Teddy Gray King and Councilman Tim Rood questioned the wisdom of polling the public now about building plans that wouldn’t become reality for years, even in a COVID-19-less landscape. Rood termed the polling “premature,” and said the need is already certain. That need, he said, is probably new buildings.

“With both of those facilities, you can’t remodel your way out of that problem,” Rood said.

Both Rood and King said gathering public opinion about rebuilding major city buildings may not yield optimum results at a time when the coronavirus pandemic is presenting bigger life problems. “This is probably the right project at the wrong time,” she said.

Cavanaugh said the public needs to know the truth about these “essential services” buildings now to start building support ahead of the November general election. The city could ask for a bond measure then, she said …. or not, depending on many factors..

Said Andersen, “When we come out of this (pandemic) in two years, or five years, or 10 years, I’d like the City of Piedmont to be able to hit the ground running.”

All five council members ultimately voted “yes” to the motion that included the money set aside for public outreach.

The city has developed conceptual master plans for upgrades to several other aging city facilities. including the Piedmont Community Pool, the Veterans Memorial Building, the Recreation Department building, Linda Beach Park and Coaches Field, over the past few years.