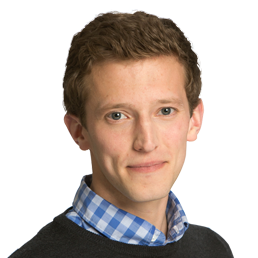 Drew Joseph is a staff reporter at STAT

If your job is to write about the biggest global health crisis in a century, it’s hard to imagine a better place for a journalist to do that than at STAT, the Boston-based digital newspaper covering the intersection of health, science and society.

Among the lucky but extremely busy 30 staff journalists at STAT happens to be Andrew Joseph, a 2007 graduate of Piedmont High School, who with almost no background as a health writer has been cranking out a stream of newsy pieces.

Joseph (who goes by a shortened version of his first name — Drew) joined STAT as a general assignment reporter in 2015. But since January 2020 when another STAT editor published one of the first stories warning about the Covid-19 virus, Joseph and much of the STAT team have gone all in — all Covid-19 all the time. Most recently Joseph has written about serological blood tests, and the prospects of the experimental antiviral medication remdesivir.

“People are hungry for good information,” Joseph told the Exedra during an infrequent work break. “We’re grateful that people are turning to us.” STAT’s nimble journalism has certainly raised its profile far beyond an industry news sheet. A March 30 New York Times profile didn’t hurt, either. STAT says it has attracted over 30 million individual readers so far in 2020.

Joseph began his journalism training as a freshman in Beth Black’s journalism class at Piedmont High School. “I wrote for the Highlander and I remember being there late at night doing profiles, features, and layouts,” he said. “It was a valuable education. Ms. Black gave us a strong core of the tenets of good journalism.”

Joseph’s path forward, however, was not a straight line. “For awhile I thought I was going to be chemical engineer,” he said. “I had a wonderful chemistry teacher named Eileen Rohmer who influenced me so much. She passed away, but I still think about her.” Joseph admits to being a bit unfocused in college — he’s still not exactly sure why he majored in Middle Eastern studies — but his love for journalism truly kicked in at the Dartmouth College student newspaper.

After graduation he cut his teeth at a couple of big city dailies — the San Francisco Chronicle and the San Antonio Express News covering city politics, transportation, and a smattering of health stuff. A year at the National Journal made him understand that “I was not meant to be a DC or political reporter.” When he heard on the grapevine of an impending start-up called STAT, funded by John Henry, owner of Boston Globe Media, and Rick Berke, a former reporter for the New York Times, he began pestering them about job openings.

“It took some time but they slowly committed to hiring me,” Joseph recalled, still with a glimmer of disbelief. On the day he spoke to the Exedra from his home in Boston he had been more or less simultaneously covering a World Health Organization press conference, collecting information about safety levels of protective masks, and jumping on and off phone calls about data visualizations for a story. “Right now its like firehose of information coming at us every day,” he said.