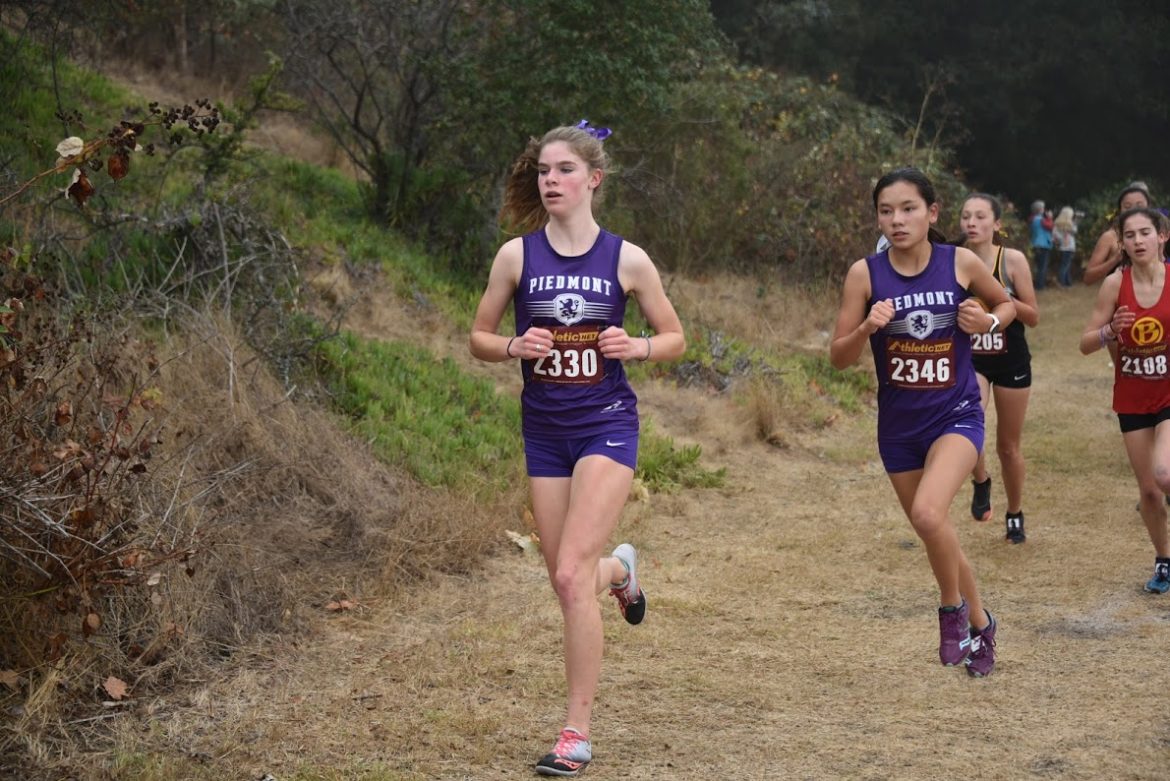 “We have a track and cross country group chat,” McAuliffe said. “And every day we’re texting about how much we miss the season. And we send funny memes about missing the season.”

There’s also Strava, which McAuliffe described as an “Instagram for runners.”

“We post our workouts on it,” McAuliffe said. “Sometimes we post pictures of runs we do. The likes are called kudos.”

And of course, Zoom calls.

Then, there was the “Boston Marathon Challenge.” That came from coach Alexis Glavin, who suggested that everybody (including parents and coaches) run 5.25 miles (one-fifth of the 26.2 mile distance of the marathon), and then “teams” will be randomly put together in honor of the Boston Marathon, which is normally run every April.

The efforts are keeping the team chemistry level high. But McAuliffe also admitted, “I miss it a lot.”

The track and cross country programs at Piedmont have been enjoying significant recent success. In the fall, the girls cross country team won the North Coast Section Division 4 team title, with McAuliffe finishing 17th overall. At the California Interscholastic Federation championships, the Highlanders finished 11th in Division 4, with McAuliffe taking 106th in the division.

Most of the cross country team runs distances during track, but McAuliffe sprints, hurdles, and long jumps. She finished 11th in the 300-meter hurdles at last year’s NCS Bayshore championships, and took 15th in the long jump.

McAuliffe was excited for track season, and not just for an opportunity to go farther this year; her goals included making it to the NCS Meet of Champions and getting her time in the 300 hurdles down from 50-seconds to the 47-second range. She also was excited to be a team captain – quite an honor for the junior.

Of course, that means she has one more year of high school competition. This year’s senior class does not.

“I feel really bad for the seniors,” she said. “They were all so excited.”

McAuliffe has run track since she was in elementary school in Seattle. She was a soccer player as well, and also played basketball and volleyball. She didn’t start cross country until her freshman year of high school.

“When I tried cross country I really got into it,” she said.

She moved to Piedmont right before her sophomore year. Now, she said she loves both track and cross country, and plans to be ready for both in 2021.