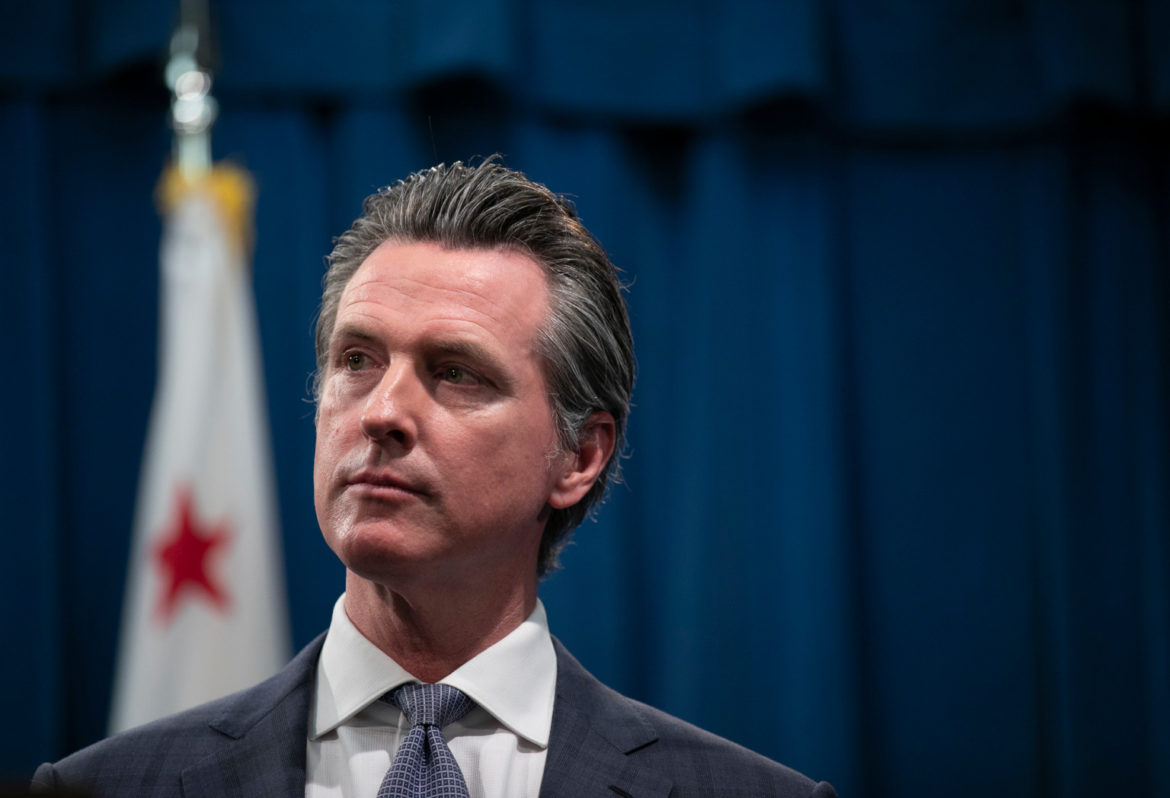 Gov. Gavin Newsom at a press conference in the state capitol following the first COVID-19 death in California. Photo by Anne Wernikoff for CalMatters

Gov. Gavin Newsom set a roadmap Tuesday for how California could begin to resume a modified version of daily life during the novel coronavirus pandemic.

Newsom and California Department of Public Health Director Dr. Sonia Angell declined to give a concrete timeline of when businesses could begin reopening and shelter-in-place orders could be lifted.

However, they both acknowledged that the state is making progress in fighting the virus and that public health protocols like physical distancing and hand washing have helped to bend the state’s curve of new cases even as it continues to trend upward.

Newsom outlined a half-dozen factors state officials will consider to potentially begin relaxing the state’s order to stay at home, including:

“We got to this point where we did not, at least for the moment, manifest the worst case as it relates to the surge because you all did it together,” Newsom said. “We moved not just quickly but we moved thoughtfully as a state, 40 million strong.”

Newsom and Angell cautioned that the announcement should not be interpreted as an excuse to venture back out into society and relax individual efforts to maintain physical distancing and viral protection.

However, those efforts will not need to be permanent, Newsom said, and state officials could begin the nascent stages of forming a timeline to reopen the state as soon as early May, especially if hospitalization and intensive care numbers begin to decline.

“This time period that we’re entering is not about going back to where we were before,” Angell said. “It’s about going forward in ways that are healthy for all of us but it won’t look the same.

Newsom also called the prospect of holding large gatherings of people such as sporting events and concerts “negligible at best” until the creation of a vaccine to develop herd immunity against the virus. National public health officials have warned that a vaccine likely won’t be ready until spring 2021 at the earliest.

“I hope all of us are sobered by the reality of the moment but also left with a little optimism that this is not a permanent state and there is a light at the end of the tunnel,” Newsom said.