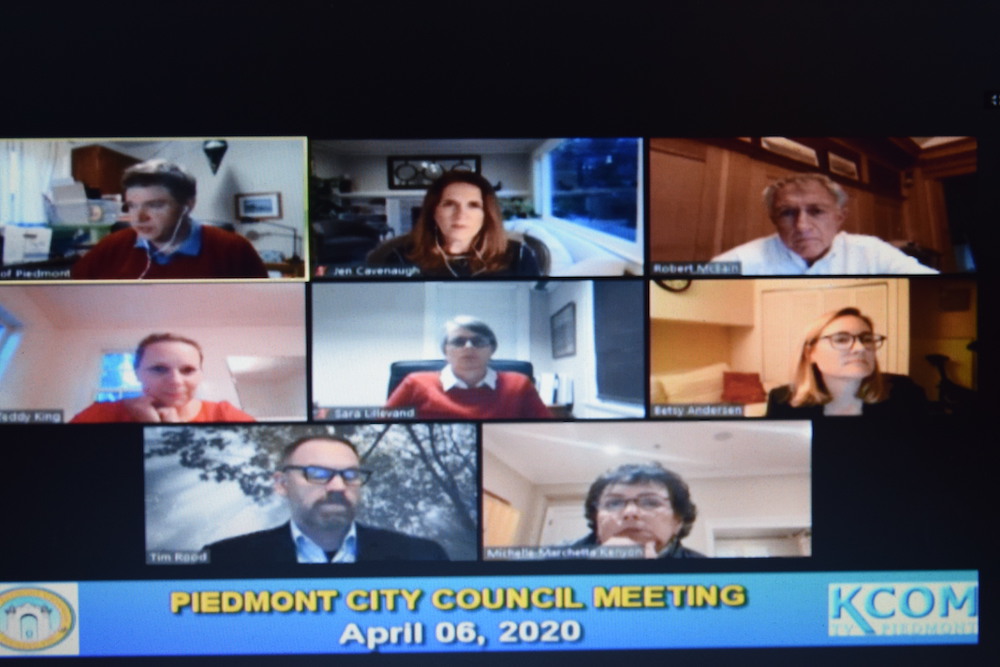 The COVID-19 coronavirus pandemic and the response to it is likely to cost the city about $1 million overall this fiscal year, the City Council was told Monday night.

As for beyond June 30, it’s anyone’s guess the extent of the financial hit the city will take, depending on how long the pandemic-related economic slowdown lasts, how the city’s pension costs and investments do, and factors yet unknown in this highly unusual and disruptive time regionally, and worldwide.

Mayor Robert McBain said that, thanks to prudent spending and financial reserves, city projects and full-time employment will be OK for this fiscal year. “Next fiscal year,” he said, “we don’t know yet.”

The city expects about $2 million less in the 2019-2020 fiscal year than originally anticipated; cancellation of all recreation programs and facility events through June 30 and limited transfer tax receipts (there are only nine homes now on the market or in escrow) account for most of those losses, according to a city staff report.

And despite unexpected expenses for IT equipment to allow city employees to work from home, and for COVID-19-related personal protective equipment and overtime pay, overall expenses are projected to be $1 million less than anticipated at mid-year 2020. That’s due mostly to decreased Recreation Department contract program expenses, and (unrelated to COVID-19), overall lower-than-budgeted payroll and health insurance costs.

However, City Administrator Sara Lillevand said Monday night that all part-time rec employees were still on the payroll as of this week. Recreation Director Chelle Putzer added that those workers have been kept busy despite the cancellation of rec programs, and could be involved with an effort to reach out to local seniors during the COVID-19 shelter-in-place.  Putzer also said her department hopes to roll out a fledgling online “virtual rec center” program by the end of this week.

In Piedmont, as in many parts of the United States during the pandemic, daily city operations bear little resemblance to those of a normal day only two months ago.

Piedmont’s own Emergency Operations Center is activated at “Level 2” (Intermediate).

Along with police officers and firefighters, Piedmont Public Works employees are out working during the COVID-19 pandemic, providing emergency on-call response to sanitary and storm sewer backups, street tree care and maintenance and urgent maintenance of city streets, curbs/gutters, sidewalks, street lights, street signs and traffic signals, and other tasks as necessary.

Starting March 6, Piedmont made a series of operational changes designed to eliminate nonessential contact between the public and police and fire personnel. These included the closure of the city’s Emergency Operations Center and the entire fire department to the public.

Also, as many other cities in the Bay Area and beyond have done, in-person, non-essential public safety services — getting dog licenses, traffic citation sign-offs, police report requests — have been suspended. And also mirroring many other cities and counties, most city staffers are working from home, and are able to respond to requests to process information electronically. This includes Piedmont’s Planning and Building Department, which continues to accept and process planning and building permit applications.

Piedmont City Hall is closed to the public, and non-essential services, including processing business licenses, are on hold. That goes for most Recreation Department services, as well.

Also gone for the time being, of course, are regular City Council meetings. With City Hall closed and public congregations punishable by citation, Monday night’s meeting was the first to be held using conferencing software, which other than the occasional momentary freeze, seemed to work flawlessly. The previous meeting, on March 16, took place in City Hall chambers, with many council members and administrative staff taking part remotely on speakerphone.

The council Monday night also voted 5-0 to formally accept the results of the March 3 election, in which Measure T, the parcel tax to raise money for various city functions, was approved by 83 percent of Piedmont voters.  It is expected to raise about $2,425,000 annually — money Councilwoman Jen Cavanaugh said the city needs.

“We’re still able to make ends meet, but there’s no room for error,” especially given the recent COVID-19 budget hits, she said. “We still run a pretty tight ship.”