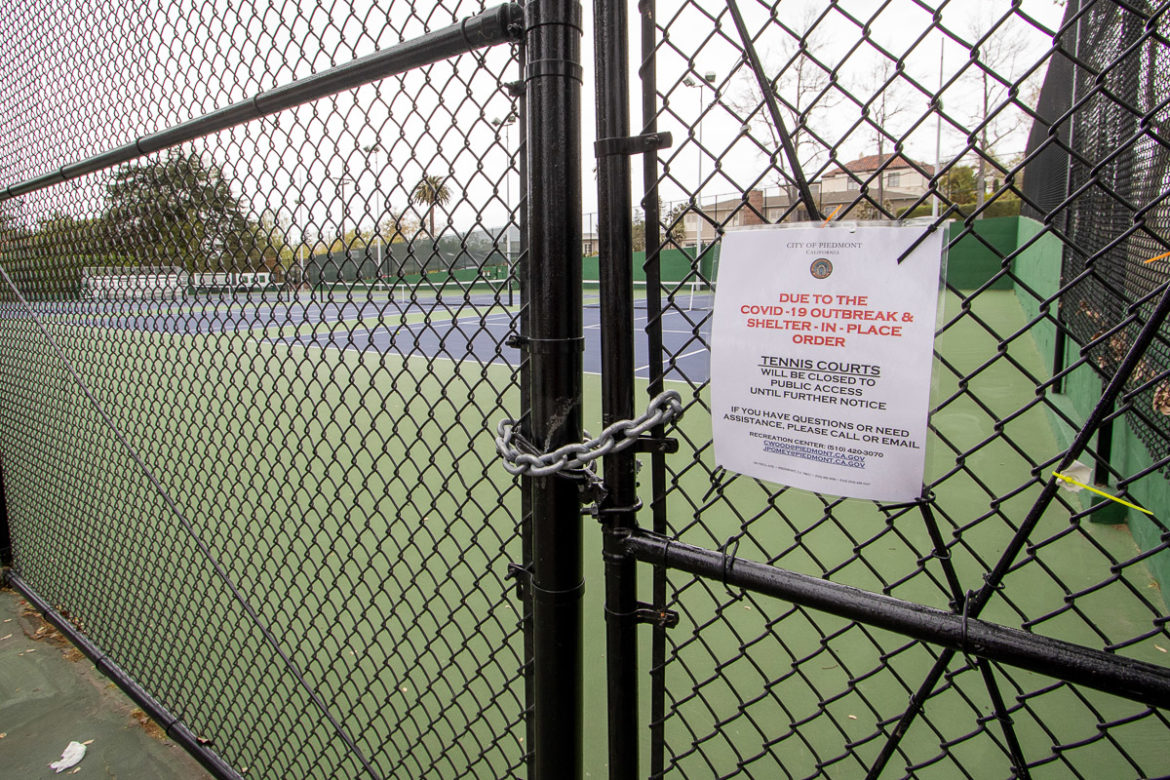 The Corey Reich Tennis Courts are locked and closed

The California Interscholastic Federation canceled spring sport playoffs at a meeting of section commissioners on April 3.

The move came in the wake of governor Gavin Newsom and state Superintendent of Public Instruction Tony Thurmond having said in recent days that schools would not reopen this school year, in an attempt to contain the COVID-19 virus. Seven Bay Area county health offices, including the Alameda County Public Health Deparment, have ordered schools closed through at least May 1.

“We understand this is disappointing for everyone involved in education-based athletics and empathize with our student-athletes and all who are impacted by the COVID-19 outbreak,” CIF Executive Director Ron Nocetti said in a statement. “As always, our top priority is everyone’s ongoing health and safety during this challenging time, and we all look forward to the day when education-based athletics resumes.”

The CIF decision was no surprise. Large gatherings have been banned in most counties in California in an attempt to slow the spread of the virus. The state championship games of the boys and girls basketball tournaments, due to be played the weekend of March 13-14 in Sacramento, had previously been canceled.

The CIF has jurisdiction over state championship events, while the individual sections run their own championships leading up to the state events. Piedmont High School is part of the North Coast Section.

Regular season games as well as league tournaments are not covered by the decision, but almost certainly won’t resume during the spring sports season.

The biggest event affected by the cancellation is the state track and field championships, which were scheduled for May 29-30 in Clovis. The event is the longest-running California state high school championship, dating to 1915. The state meet has been held every year since, with the exception of 1942-45 when it was canceled due to World War II. This year was to be the 102nd edition.

The meet traditionally draws the largest crowd for a track meet at any level in California.

For team sports, the NCS championships are often the No. 1 goal. In 2019, Piedmont’s boys and girls lacrosse teams both won NCS titles. The Highlanders will be unable to defend those crowns.

The Exedra looks forward to the resumption of PHS sports this coming fall, and hopes all athletes stay healthy and safe in this difficult time.