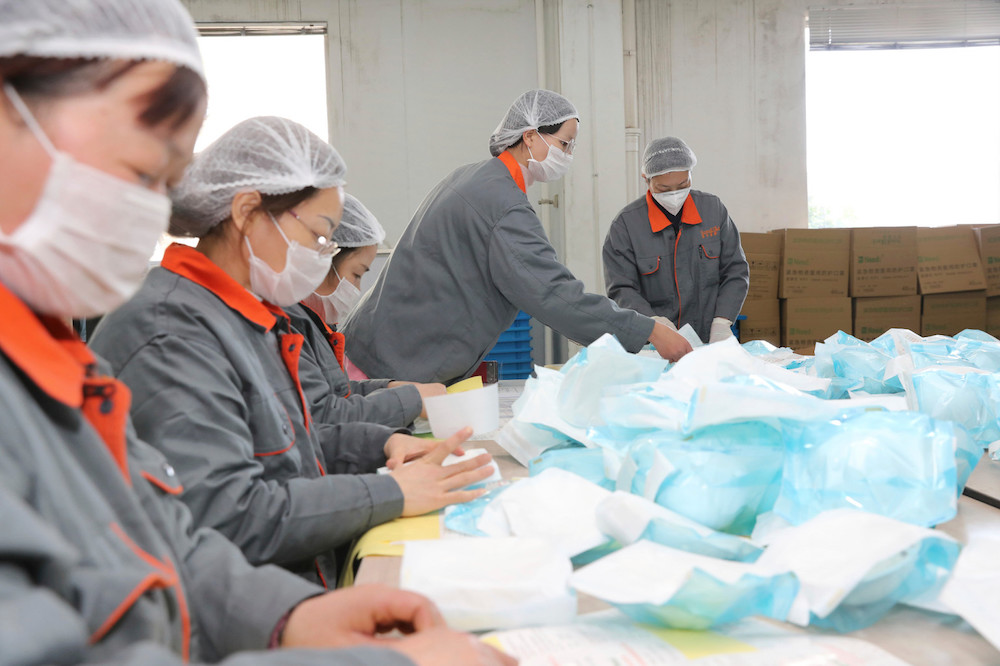 In this file photo from Feb. 20, 2020, workers pack N95 respirators in a medical supply factory in Nantong in east China's Jiangsu province. Photo by FeatureChina via AP Images

In a surprise announcement on MSNBC Tuesday night, Gov. Gavin Newsom said California will soon begin receiving shipments of 200 million medical-grade masks per month, enough to meet the needs of the state and potentially those “of other Western states” as well.

Screenshot of Gov. Newsom talking with Rachel Maddow on MSNBC on April 7.

The announcement marked a striking change from just a few weeks ago, when the state said it was in dire need of personal protective equipment (PPE) for health care workers and ventilators for patients. But in recent days, Newsom has expressed confidence in California’s supply levels. On Monday, he sent the federal government 500 ventilators, and now it seems the state will soon have an excess of masks.

How much purchasing power, exactly? According to a California Department of Finance letter, the state will make a down payment of $495 million, with a projected total cost of $990 million.

Newsom’s office did not name the nonprofit or companies involved in the deal, saying details would be forthcoming at a press conference today. One of the companies that has been a major supplier of masks and PPE nationally and internationally throughout the coronavirus crisis, including in California, is Santa Barbara-based Direct Relief. A spokesman for the company said Tuesday evening that it has been in touch with the governor’s office.

Newsom said the masks will be manufactured overseas and were sourced through the nonprofits and California manufacturer with “appropriate contacts in Asia.”

According to the Department of Finance letter, the state will also work with the federal government to “obtain and strategically place sterilization units across the state so that we can clean and re-use PPE such as N95 masks.”