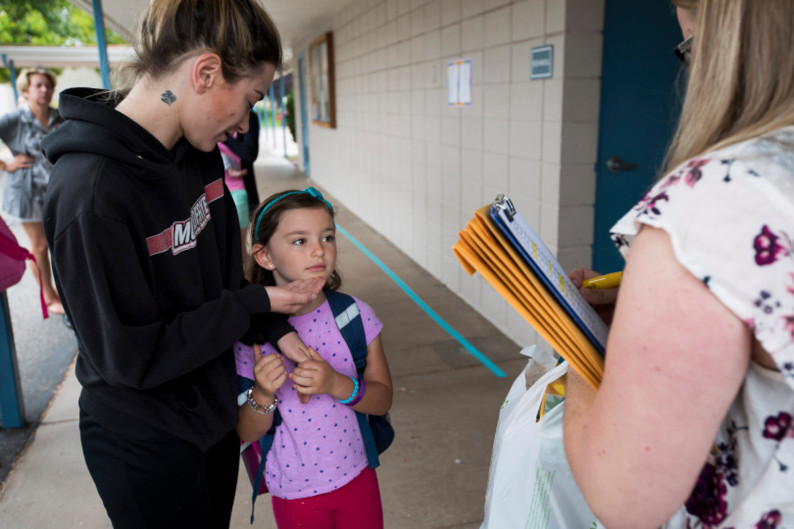 This article was updated with information from the PUSD Superintendent on April 29.

California could reopen for an earlier school year, perhaps as soon as late July, to make up for lost learning time. Some retailers and manufacturers may be able to reopen in a matter of weeks — provided they take safety precautions.

UPDATE: In an email message to parents Tuesday night, PUSD Superintendent Randy Booker said the governor’s statement had caused confusion among high level education officials and that any school reopening would depend on guidance from local health officials.

California could reopen for an earlier school year, perhaps as soon as late July, to make up for lost learning time, Gov. Gavin Newsom announced today in laying out a course for easing his shelter-in-place order. Pointing to the state’s stable hospitalization data, the governor delivered hopeful news for throngs of parents struggling with distance learning and “cautious optimism” that some retailers and manufacturers may be able to reopen with modifications in a matter of weeks.

The administration laid out a four-step plan to help resuscitate California’s economy while keeping everyone safe. As the state continues to acquire more masks and protective gear, Newsom said California could gradually reopen low-risk workplaces, allowing more workers back to their jobs — provided there are enough precautions such as curbside pickup at retail stores.

Schools and childcare facilities would have to be an essential part of that effort for working parents.

Newsom, the father of four young children, said he recognized how schoolchildren have suffered a significant learning setback since schools closed in March. He’s hoping the notion of opening schools, preschools and child care centers a few weeks earlier can help make up for some of that loss.

“We are considering the prospect of an even earlier school year … as early as late July or early August,” Newsom said.

“As we know there are significant issues around safety, instruction, resources, regulatory relief, and labor-management agreements that must be addressed for us to reopen schools regardless of the start date.” said Wesley Smith, director of the Association of California School Administrators

One lawmaker said summer school is the better way to go.

“While learning loss is an important issue, summer school will play an even larger role in helping students get up to speed on their education,” said Assemblyman Patrick O’Donnell, chairman of the Assembly Education Committee.

Newsom hopes to ease current restrictions through a new statewide order. Once that happens, his administration says cities and counties may choose to relax local orders at their own pace, meaning there could be different rules in different parts of the state.

While Bay Area leaders recently extended their stay-at-home order through May, other parts of the state are clamoring to reopen their communities. Assemblyman James Gallagher, R-Yuba City, joined small business owners from the state’s northern reaches at the Capitol to make their case.

“We have had a low level of hospitalizations; we haven’t seen what the Bay Area has seen,” Gallagher said. “We feel very confident that we can do this in a safe manner.”

Representatives from Tehama, Butte, Glenn, Colusa, Sutter and Yuba counties sent a letter to the governor asking him to allow the six-county region to implement a “careful and phased reopening.” As of last week, the region of approximately 500,000 people had just 69 confirmed cases compared to more than 45,000 cases statewide.

Shar Katz and her husband have owned the Dancing Tomato, a restaurant in Yuba City, for 16 years. They furloughed 51 employees last month as a result of the lockdown. Take-out orders make up just 5% of their normal business.

“If we can’t get our mom and pop shops open soon, the closures will be permanent,” Katz said. “Then we’d have to think of the sale of the building, or the house. Those are things I worry about.”

Newsom said lifting restrictions too quickly could trigger a second wave of coronavirus infections. “That can be more damaging than the first and undo all the good work and progress,” the governor said.

Once low-risk businesses and schools find a way to resume, the administration will turn to opening higher-risk areas, such as hair and nail salons, movie theaters, weddings and religious spaces.

Dr. Sonia Angell, director of the Department of Public Health, indicated in her presentation that the state is unlikely to allow mass gatherings such as concerts, conventions and live audience sports until medical treatments have been developed.