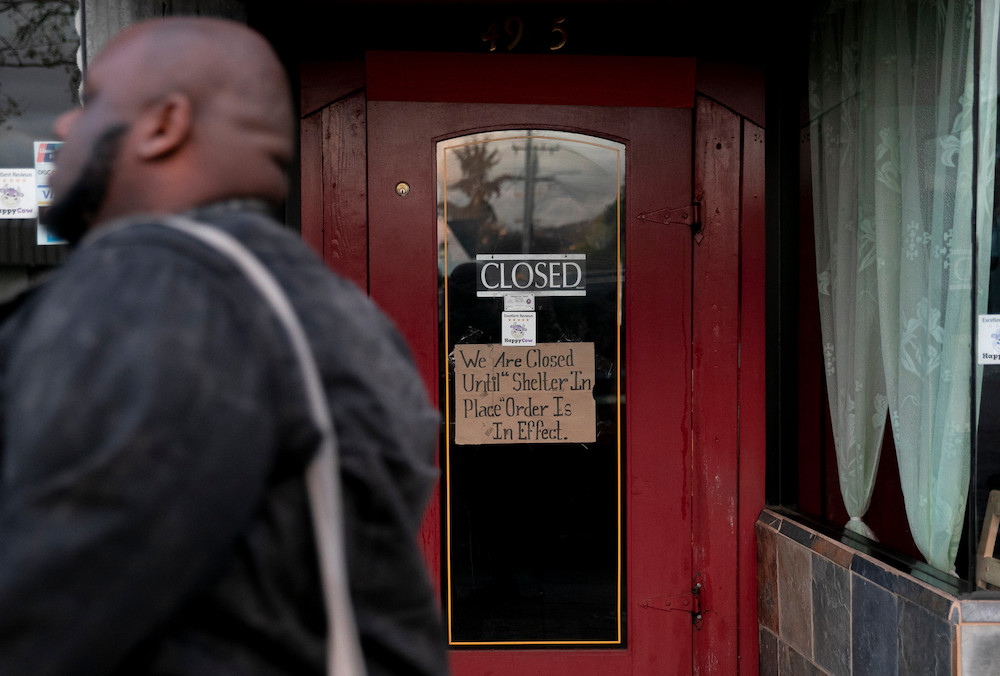 Restaurants and bars across the Bay Area closed on March 16, 2020. Photo by Anne Wernikoff for CalMatters

A record 6.6 million Americans filed new unemployment claims in the week ending March 28, in addition to the 3.3 million the week before, the U.S. Labor Department said Thursday. Nearly 879,000 of them were Californians — more than twice as much as any other state.

California saw nearly a 500% increase from the 186,333 new unemployment claims filed the week before. Since March 12, over 1.9 million Californians have filed for unemployment, Gov. Gavin Newsom said Thursday.

The governor highlighted a series of initiatives Thursday to relieve small businesses and keep people employed:

Newsom added that the state Employment Development Department, which processes unemployment insurance claims, is “struggling to keep up” its past schedule of sending out checks within three weeks.

The Bottom Line: As of 10 p.m. Thursday night, California had 11,175 confirmed coronavirus cases and 246 deaths from the virus, according to a Los Angeles Times tracker. (These numbers are different from those of the state Department of Public Health, which are updated less often.)