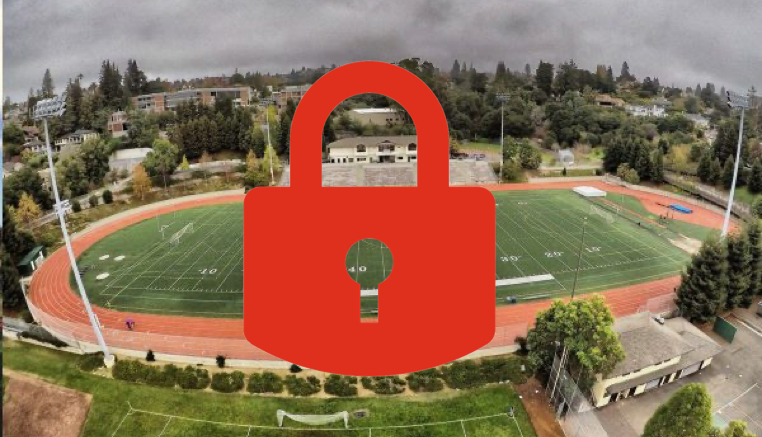 Spring sports at Piedmont High School have been shut down in an attempt to contain the spread of the COVID-19 virus.

“Yeah, it’s rough,” Highlanders swimming coach Colby Price said. “Part of what I like about sports and swimming is trying to provide the community with something that’s a little more fun and exciting. It’s an opportunity to build friendships.”

“I live with a guy I used to swim with, we’ve been roommates for six or seven years. We have to take it serious and it is going to be rough. Mostly I’m upset at missing out on the fun you can build.”

Baseball coach Eric Olson told team members and parents in an email, “I know we are all hoping to get back on the diamond at some point this season and it is unclear what the ‘safe’ trigger would be. Stay healthy, stay positive and keep optimistic we can get together again soon.”

Sports are obviously a less important issue in the wake of a world-wide pandemic. But right now, it’s hard to tell when or if the spring sports, which had just gotten under way, will continue.

Things have moved quickly. The Piedmont Unified School District suspended in-classroom instruction and closed school facilities for “non-essential functions” on March 13. The order initially ran through March 27. Four days later, the District added a post on its website that reiterated that Witter Field and other outdoor facilities are closed to the public.

On March 16, Alameda County issued a “Shelter At Home” order that currently runs through April 7. Assuming the County doesn’t revoke the order early, that means there will be no sports until at least April 8.

More practically, the West Alameda County Conference will not meet until April 20 at the earliest, so no discussion of rescheduling games can happen until then.

“Right now, our schools will be closed through the ‘Shelter in Place’ and there’s no plans for any discussion about the continuation of sports until the 21st at least,” Piedmont Athletic Director Alphonso Powell said. “We’re not even talking about it until the 21st.

Studies have shown sports, by nature, can be a very efficient way to transmit a disease. Invitational track meets can attract thousands of athletes. A basketball can infect every player and official that touches it.
The NBA suspended its season as soon as Rudy Gobert became the first player to test positive, and seven NBA players have tested positive for COVID-19 so far, including Kevin Durant. The NHL quickly followed by suspending its season as well.

The California Interscholastic Federation cut short its state basketball tournaments right before the weekend of March 14-15, when the championship games were set to be played in Sacramento. That came after four schools had to forfeit games due to positive tests within their school or district communities. One, Sheldon-Sacramento, was reinstated and beat Dublin in the boys Open Division Northern Region final on March 10.

The NCAA also canceled its basketball tournaments, but in the same announcement canceled all spring sports playoffs. The Pac-12 Conference then canceled the regular seasons for those sports.

Powell said Alameda County and the PUSD will make the initial decisions on what can start back up. The CIF held a meeting with section commissioners on March 17 and issued a statement that it is not canceling spring playoffs yet:

“While the time may come when we have to cancel post-season events, today is not that day. In anticipation of further guidance and directives issued by federal, state, and local government agencies regarding COVID-19, the CIF has not determined the future of spring sports events at this time and intends to reconvene with the 10 Section Commissioners on April 3 to revisit this issue. Pending that time, Sections will continue to confer with their local leadership and the State CIF will continue to monitor any directives and recommendations issued from the above entities.”

The CIF has no authority to cancel regular season games, but if it were to cancel playoffs it would likely end any talk of resuming spring sports.

Powell is trying to use the break productively. He is revising a school handbook for athletes, parents, and coaches.

“It’s for parents and coaches to understand policy and understand procedure,” he said. “There have been so many ADs before me. It’s not streamlined or anything.”

As for whether the cancellations can extend into fall sports, Powell said it’s too early to tell.

“We’re going to plan to go forward, but were not going to play unless its safe,” he said.