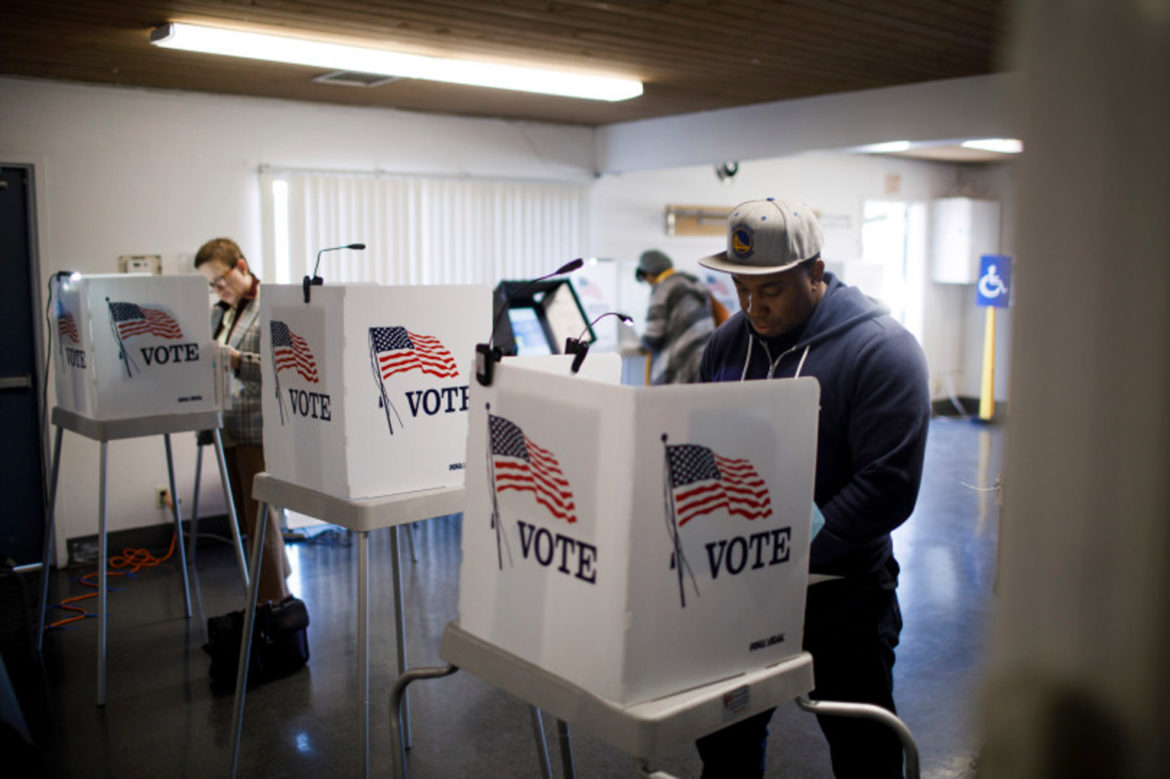 California voters may experience a small silver lining amid the coronavirus pandemic: a shorter November ballot, featuring fewer of the statewide propositions that often put voters in the middle of confusing industry fights.

Initiative proponents have until the end of April to collect the signatures they need to put their ideas on the ballot — and with millions of Californians staying home, and practicing social distancing when they go out, it may be impossible for some campaigns to collect enough signatures in time.

“People aren’t out in public, and those who are out in public aren’t inclined to approach a stranger, take a pen, and stand within 6 feet to put something on the ballot,” said Brian Brokaw, a Democratic political consultant who has been involved in several potential ballot measures.

Normally presidential election years attract a slew of initiatives, as campaigns — particularly those pushing liberal ideas — seek approval from a larger and more diverse electorate. Though we won’t know until July exactly how many propositions will be on the ballot, it appears likely that it will be a lot less than in 2016, when Californians voted on 17 statewide ballot measures. Political insiders estimate the final number for 2020 will be in the range of six to 10.

That’s good news for election officials, who could face lower costs for printing and mailing shorter ballots, and for voters who may find the decision-making easier when faced with fewer proposals, said Kim Alexander, president of the nonprofit California Voter Foundation.

“Sometimes voting in California can feel like you’re taking a test — voters can be intimidated by the length and complexity of the ballot,” she said. “So it could help encourage voter participation if we have fewer complex initiatives sprouting out of special-interest fighting.”

So far four measures have qualified for the November ballot, one measure has submitted signatures that are being verified, and another eight have collected at least 25% of the necessary signatures. (Depending on what type of law an initiative would change, it needs either about 623,000 valid signatures or about 997,000 valid signatures.)

None of them are officially calling it quits. Some may already have enough signatures to make it on the ballot, while others are hoping they can resume collecting signatures in time to get more.

“Because the health and wellbeing of Californians is foremost, we paused paid signature gathering efforts for the time being,” said Jacob Mejia, a spokesman for the Pechanga Indian tribe that is backing the measure to permit sports betting. “Tribal leadership remains committed to bringing this proposal to voters in November and are monitoring developments closely and assessing all options.”

But the odds of getting back on the street with pens and clipboards any time soon seem slim, as Gov. Gavin Newsom has said the order to stay home to curb the spread of coronavirus may last two to three months.

“Everything is on hold until it’s safe,” said Dan Newman, a spokesman for the plastic recycling measure.

He said the campaign will try to get on the 2022 ballot if it can’t resume gathering signatures very soon.

Newsom said this week that companies that are paid to gather signatures for ballot initiatives have asked him to extend the deadlines for submitting signatures so they can have more time to qualify for the November ballot. He was noncommittal, saying only that the question is one of many things he’s processing in response to the pandemic.